Do Top F1 Drivers Get Worse As They Edge Closer To 40 Years Old? – WTF1
Skip to content
×
Formula 1

Do Top F1 Drivers Get Worse As They Edge Closer To 40 Years Old?

Mid-to-late 30s is hardly old age. But in sporting terms, it can often be the period where even the best can start to notice a drop-off in performance as levels of physical fitness, coordination, and motivation start to head in the wrong direction – only by small amounts, but in a sport like F1 where the margins are fine, it can be enough to make a difference.

It’s generally believed that F1 drivers reach their ‘peak’ sometime in their early 30s as their raw talent is met with the required amount of experience and physical conditioning to reach the ultimate version of themselves.

This certainly fits when you take a look at some of the most impressive individual season performance in F1 history and the age the driver was at the time: Alain Prost was 31 in 1986, Ayrton Senna 33 in 1993, and Fernando Alonso 31/32 in 2012. Mika Hakkinen’s titles came when he was in his early 30s, Nico Rosberg won his title at 31, and since Hamilton reached his early 30s his performances have been better than ever.

But, now that’s closer to 40 than he is 30, will he be subject to any sort of drop off? Let’s try and see if there’s a trend by looking at how some other veteran drivers got on.

Michael Schumacher turned 35 ahead of the 2004 season, which he of course completely dominated. Case closed, age didn’t affect him. Except looking back, maybe it did.

Towards the end of his time at Ferrari, errors did begin to creep in. For instance, his performance in Shanghai in 2004 was baffling – he spun during his qualifying lap, crashed on his way to the grid and had to start from the pit lane, collided with Christian Klien, had another spin during the race, and only finished 12th. And during 2005 and 2006, teammates Rubens Barrichello and Felipe Massa were fractionally more of a threat to him than teammates had previously been. Don’t get me wrong, Schumacher was still utterly brilliant, but at times he was looking a little less invincible than he’d previously appeared.

There may have been a reason for this. During a test at Monza in 2004, he had a colossal 200mph accident caused by a tyre failure. He was fine, but reports at the time said he was left “visibly shaken” by the incident and also coincides with a poor run of form – having won 12 of the first 14 races, he only won one of the remaining four (which included that poor weekend in Shanghai).

Drivers of all ages have big crashes. But a 25-year-old Schumacher with the determination and hunger to succeed might have brushed it off much more easily than the 35-year-old Schuey – who’d smashed records and had a young family – would have done.

When he returned in 2010 at the age of 40, it was very clear he’d lost some of his edge, having spent too long out of the sport, with an old neck injury also likely affecting him. We still saw hints of the old Schumi, such as qualifying first at Monaco in 2012, but the five-place grid penalty that cost him pole was the result of him punting Bruno Senna out of the previous race – the kind of mistake that had become increasingly common as age eventually caught up to him. Arguably, however, it was more likely the time he spent out of the sport that was more to blame for his decline than the fact he’d got older.

Alain Prost turned 35 just before the start of the 1990 season – a year where he was close to delivering a championship for Ferrari against the odds, only for Senna to make up a bunch of silly excuses to punt him out of the Japanese GP and win the title for himself. Prost was also strong the following year in a car that wasn’t race-winning material and, when he was sacked for speaking his mind, decided to sit 1992 out rather than drive for an uncompetitive team.

Prost returned for a final season with Williams in 1993 and, age 38, comfortably won a fourth title. However, this wasn’t the same Prost of a few years earlier – driving easily the best car on the grid he perhaps should have won more races than he did, but was challenged strongly by an inexperienced Damon Hill, with Senna also more of a threat than he should have been in his underpowered McLaren.

Again, his one year out is likely more to blame for this than his age. It might not seem like much, but in that year technological advances like active suspension and electronic aids rapidly progressed, making the cars of 1993 very different to drive compared to the cars of a few years earlier. Had Prost continued with the simpler cars of 1994 he might have felt more at home but, at his age and the probability of having to be teammates with Senna again, it’s not surprising that he decided he’d had enough and wanted to leave on a high.

Another guy who did alright in his late 30s was Nigel Mansell. He turned 35 during the 1988 season and, after a couple of years at Ferrari, returned to Williams in 1991 and was back to being a proper front-runner. He ran Senna close for the title in 1991 and in 1992 dominated in the untouchable Williams FW14B to finally win himself a championship at the age of 39.

With Prost joining the team the following year Mansell went off an won the Indy Car title before making a few return appearances for Williams in 1994. Although he took pole and the win at Adelaide that year he was generally off the pace of Hill and Schumacher, though it was enough to convince 41-year-old Mansell – and McLaren – that he could return in 1995. However, it turned out that Mansell was too *ahem* ‘big’ for the car and he had to miss the opening races while it was redesigned.

When he finally did race again he realised that neither he nor the car was as competitive as he’d hoped and retired from the sport. Again, it’s a case where age hadn’t necessarily dented his skills, but the having time away from the sport had made it harder for him to find the motivation to find a way to reach his best.

Of the older drivers who didn’t go away and come back, their performances as they got older varied. Damon Hill didn’t begin his F1 career until he was 31, won the championship at 36, and his performances in 1997 and 1998 at Arrows and Jordan were pretty much the same as they had been throughout his career – occasionally mind-blowingly good, sometimes strangely off the boil. However, in 1999 his performances really plummeted. As teammate Heinz-Harald Frentzen challenged for the title, Hill struggled to even score points as he clearly lost motivation heading towards retirement. He later revealed that he’d been struggling badly with his mental health and had increasing levels of fear about being a racing driver.

Nelson Piquet turned 35 during his final championship year of 1987, after which his performances slipped away until his retirement in 1991. He later admitted that an accident at Imola in 1987 had affected his depth perception, that he was no longer the same driver, and essentially only kept racing for the money.

Someone who didn’t drop off in any noticeable way was Fernando Alonso, who turned 35 during 2016. Even though he openly said how frustrated he was to be racing in the midfield and made no attempt to hide his disillusionment with F1, when he was in the car, he never gave anything less than the absolute maximum.

Whitewashing Stoffel Vandoorne in qualifying and almost single-handedly putting McLaren sixth in the constructors’ championship in the final year wasn’t the performance of someone past their best and if anything, he only got better as he got older. Whether or not Alonso will be similarly excellent if he ever does make a comeback past the age of 40 remains to be seen, but given the way it hasn’t worked out for others, perhaps he’d be best to forget about F1 completely.

Mind you, one driver whose age doesn’t seem to have impacted them in the slightest is – surprisingly – Kimi Raikkonen. OK, he doesn’t have the same raw speed that he showed with McLaren in his early years, but he arguably hasn’t had that since he returned from a couple of years out in 2012.

He hit a performance low point in 2014 and 2015 (he turned 35 at the end of 2014) but since then, has found a way to maximise his strong points with success in his last years for Ferrari and consistent performances with Alfa Romeo this year. Sheer experience and his strong tyre management skills are suiting him well in the midfield and as long as he has the motivation to keep going, there’s no reason to think that his driving skills are going to be the reason he decides to pack it all in.

So, what does all of this say that we can expect from Hamilton as he heads into what you’d think might be the twilight years of his career?

Well, if you don’t like the guy and are hoping he retires so that someone else can win, then it’s probably not what you want to hear. Most of the drivers who’ve had their performances tail off as they got older have either had time away from the sport or some kind of injury which has likely had more of an impact on their performances than the simple fact that they’ve got older, while the likes of Alonso and Raikkonen simply mature like a crisp, sharp wedge of delicious cheddar.

If the likes Prost, Schumacher, or Mansell had driven the same number of races in their respective careers but without the interruptions, they’d probably have had a much less noticeable performance drop-off.

You could say that the fact that Hamilton, the most successful qualifier of all-time, ‘only’ took five pole positions in 2019 is a sign that his raw speed may be beginning to desert him. But even if that is the case (and I don’t believe that it is), that will be offset by an even greater level of experience and skill in managing races.

The greatest threat to Hamilton’s longevity will probably be his motivation. But Hamilton loves a challenge and with Schumacher’s records to beat and young blood in the form of Verstappen, Leclerc and the like to fight him along the way, it’s hard to see that becoming a problem.

If you think Hamilton’s best years are behind him, think again. 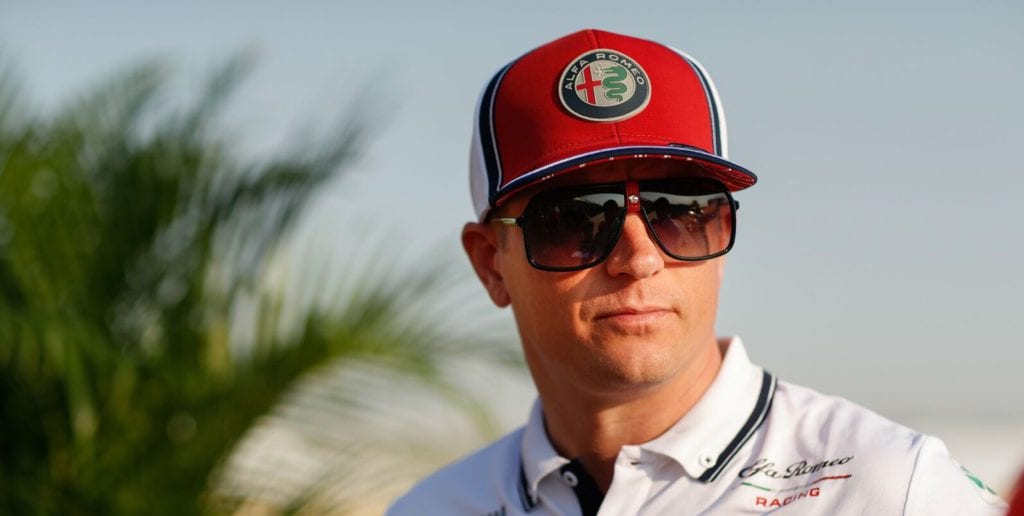