Does The Gap To F1’s Midfield Need To Be Fixed, Or Will It Eventually Sort Itself Out? – WTF1
Skip to content
×
Formula 1

Does The Gap To F1’s Midfield Need To Be Fixed, Or Will It Eventually Sort Itself Out?

Whether it’s through a race of attrition or a result of one-off, outstanding performance, we all love it when a driver from a midfield team gets on the podium. But as much as we enjoy it happening, the reason it feels special because it’s a rare occurrence – if a midfielder finished third in every other race, it’d quickly become unremarkable.

However, there is a point when the possibility of it happening is so rare that it becomes a detriment to the sport. Over the last two seasons, we’ve arguably hit that tipping point, with just Lance Stroll and Sergio Perez collecting a piece of silverware each for a team outside of the ‘big three’.

The lack of midfield podiums is something that Ross Brawn has admitted to being fed up with, saying:

“As was the case in 2017, only once and significantly, on a very unusual street circuit like Baku, did a driver from one of those seven teams make it to the podium. Two podiums from a total of 123 [over the last two years] is unacceptable, especially when it comes with an ever increasing technical and financial divide.

“It’s a problem we are tackling together with the FIA and the teams, because the future of Formula 1 depends on it. There are various solutions on the table and we must all accept that we can’t go on like this for too much longer.”

How would you define a midfield team? Is it a team which has a car good enough for regular points, but not good enough to win? Is it a team capable of the odd podium but which requires luck to win? Or do you literally count it as the teams battling for the middle positions in the championship?

Take a season like 2014, where Mercedes dominated (the odd Daniel Ricciardo win aside). Williams scored plenty of podiums, but never really came close to winning – does that mean Williams headed the midfield? Or were Ferrari, McLaren and Force India the midfield? All regularly scored points but needed slightly special circumstances to be in with a chance of a podium.

That last point has arguably been the case for most teams over the last two seasons, with the notable difference that there haven’t really been any teams filling the other points. That’s created a huge gulf and effectively divided the field into two distinct groups – one comprised of Mercedes, Ferrari, and Red Bull, and the other made up of the rest.

It hasn’t helped that there have been three teams competing for wins at various points throughout the year, with differences coming about due to incidents, reliability and driver performance more often than out-and-out car performance. That’s meant that for a midfield team to get on the podium, four of the top drivers had to have a problem severe enough to either put them out of the race or drop way down the order.

That only happened in Baku when Valtteri Bottas got a puncture, Sebastian Vettel messed up an overtake, and both Red Bull’s crashed into each other. And even then, Perez was fortunate to get a podium because the late safety car had closed the field together.

One of the main reasons why midfield teams can’t score podiums anymore is because many of them lack the finances and the resources to compete with the top three. A budget cap is widely touted as the solution to making things closer – and in truth, it probably would. But there is a chance that the last couple of seasons are just outliers which will fix themselves over the next year or two regardless of rule changes.

Renault is a team on the ascendancy after taking over from the ashes of the once successful Lotus squad. Renault has been a winning team in both of its last F1 stints, and there’s reason to believe it could do so again (why else would Daniel Ricciardo have joined the team?)

McLaren is still reeling from the failed Honda experiment and although the team is still going through some turmoil, it would be hugely surprising if it didn’t bounce back… one day. Williams is in a slightly similar situation – all the ingredients are there, it’s just a case of putting them in the right order.

If any one of these teams can return to anywhere near its former glory, suddenly we won’t be worried about a two-tier formula as that gap will naturally be filled. The question Ross Brawn and the FIA have to ask is whether or not it’s better to wait for that to happen naturally, or try to encourage it through potentially complicated and unpopular rule changes. 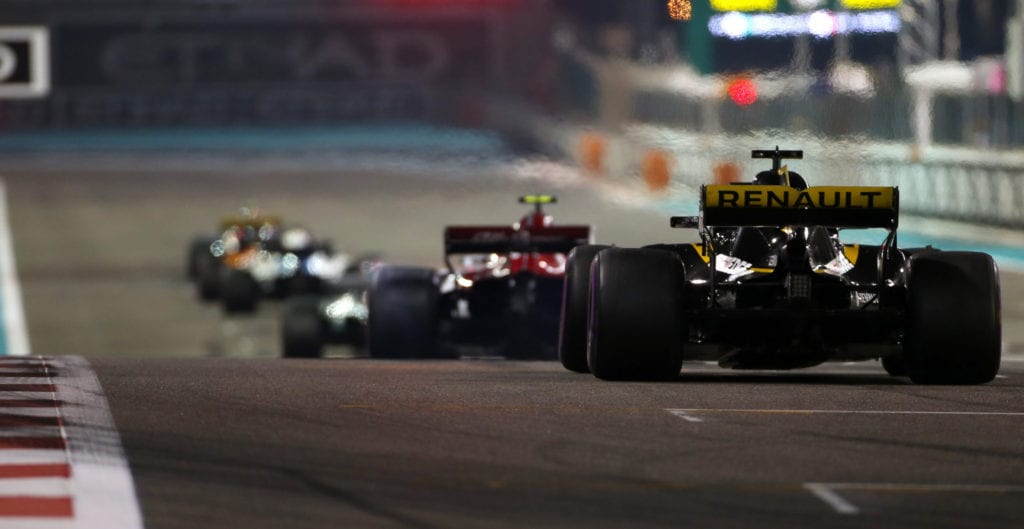