Formula 2’s run-away championship leader Charles Leclerc will be back behind the wheel of a Ferrari F1 car at next month’s post-Hungarian Grand Prix test.

Few drivers have dominated a junior category like Leclerc has in F2 so far. After six rounds, he’s got a staggering 67-point lead in the standings.

That’s thanks to six consecutive pole positions (out of six qualifying sessions) and five victories, plus two further podiums – and some lightning reactions.

It’s quite easy to see why Ferrari picked Leclerc up to join its Driver Academy at the start of last year, and he then went on to claim the GP3 championship.

During the season, he also joined Haas F1 as a development driver, got several FP1 outings and also tested for Ferrari too.

Not a bad year, then.

He’ll be back behind the wheel of a Ferrari F1 car at the Hungaroring for second in-season F1 test, which takes place from the 1-2 August.

Leclerc will be driving on one of the days, but it’s not clear who will be commanding the SF70-H on the other day – Antonio Giovinazzi and Sebastian Vettel did the first in-season test in Bahrain.

Very happy to announce that I'll be driving 1 day for @scuderiaferrari during the F1 tests after the Hungaroring GP. pic.twitter.com/Sr9fyrGkIs

It’ll be good to see the talented youngster back in a Ferrari F1 car – perhaps this is a sign of what’s to come in the future? 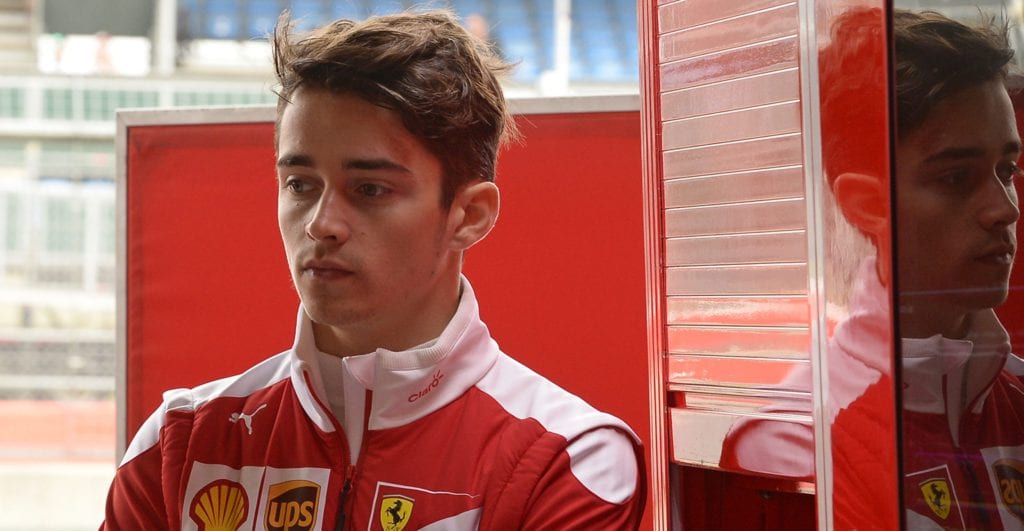