Driver Walks Away After Huge Airborne Crash In Toronto

The Pro Mazda championship (one of the IndyCar support series) saw a huge accident on the first lap on the run down to Turn 3 at Toronto, the fastest part of the circuit.

Harrison Scott appeared the graze the wall on the way into the braking zone before making contact with Antonio Serravalle’s car. That completely broke his suspension and he careered into the back of the car driven by the brilliantly-named Sting Ray Robb. Scott’s car was flung dramatically into the air and shot down the run-off area.

Thankfully the car stayed intact despite landing upside down, and Scott was able to walk away. After a quick trip to the medical centre he was even given the all-clear to compete in the second race of the weekend!

I’ve been cleared to drive after a frightening crash at the #IndyTO today – very grateful to the #AMRIndyCar Safety Team for their quick response and for the strength of the Tatuus safety cell! #MRTI #teamcoooertire #countingmyblessings #luckyboy #skyhigh #rackinguptheairmiles #bigescape Big rebuild on the way for the @rpmotorsportteam but I’m confident the amazing work of the guys will get it back together and we can fight for a podium tomorrow! 😵🛫🤬😵 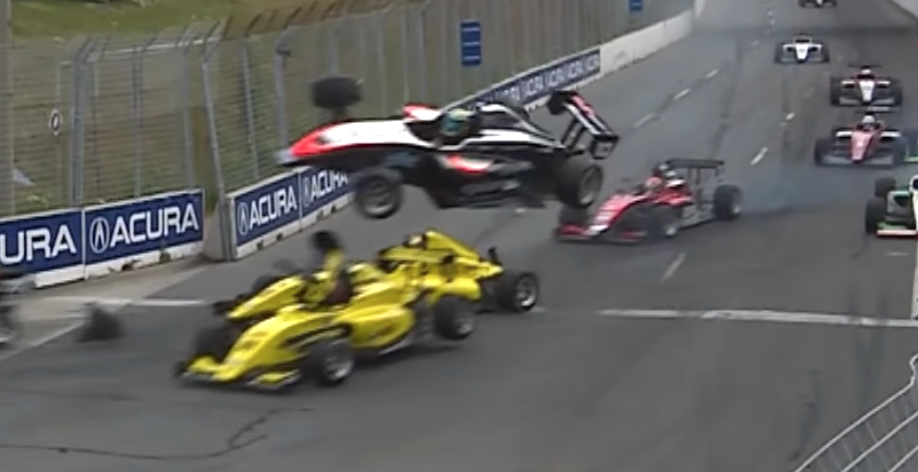