Drivers Are Free To Show Their Own Support Of ‘WeRaceAsOne’ This Season – WTF1
Skip to content
×
Formula 1 , News
2 comments

Drivers have been given the choice on how they express themselves in the ‘unity movement’ of important issues before the race. This comes after the End Racism display, that was featured heavily pre-race in 2020, has been axed for this season.

When F1 returned to our television screens last year for the Austrian Grand Prix, F1 had introduced a new ‘WeRaceAsOne’ initiative to help “fight challenges of COVID-19 and global inequality”.

The movement also came with a new visual symbol – a rainbow logo – which F1 displayed throughout the pitlane, paddock and on the 20 cars on the grid.

However, it was revealed earlier this year that the rainbow symbol had been binned off, and the meaning of ‘WeRaceAsOne’ had changed. It was now to be the platform for the championship’s Environment, Social and Corporate Governance.

According to The Race, the End Racism display, which saw half the grid taking a knee and the others opting to stand awkwardly behind them before the start of every race last year, is also absent for this season.

The pre-race gesture was a direct response to the Black Lives Matter movement, something that occurred when F1 was at a standstill due to the coronavirus pandemic.

Despite being a scheduled event before the start of EVERY single Grand Prix, it usually came across extremely rushed on the television broadcast, with drivers frequently running late or without their specific ‘End Racism’ t-shirts. There was also the whole matter of some drivers taking the knee and others deciding against it – that’s a whole separate story.

Although it’s still not fully understood what this ‘gesture of important issues’ will look like this season, it has been suggested that F1 want to distance themselves from specific acts and instead take part in a ‘unity moment’ for the newly rebranded ‘WeRaceAsOne’ initiative.

No, we don’t think any of this sounds particularly clear either.

“The whole of F1 is united in its support for ‘WeRaceAsOne’, and the drivers will all show their own support for the initiative ahead of the Grand Prix,” an F1 spokesperson told The Race.

“The drivers will be free to show their commitment in their own way before the race, and there will be no requirement for them to make a specific gesture.

“The important thing is all of them being together in full support of our initiatives on sustainability, diversity and inclusion, and community.”

We just hope that allowing the drivers to show their own support is scheduled and not a total mess of mixed messages. 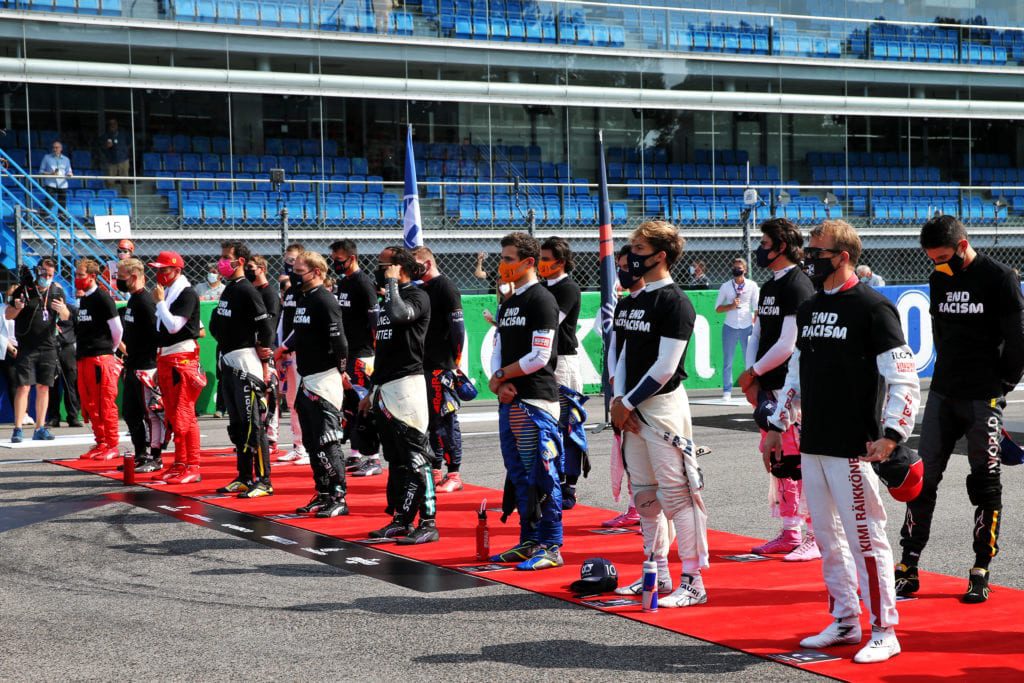