There’s no point in going into how Vettel has slipped out of the 2018 championship fight – we’ve all watched the races and seen what’s happened.

But why has he made all those mistakes? Did the pressure get to him? Has he lost his cool? Could he have done anything differently? In the Mexican GP press conference, drivers were asked about Vettel’s recent performances and many of them were rather sympathetic. Pierre Gasly had an especially interesting take:

“I think he probably over-performed with the car he had at the beginning of the season. A couple of times he managed to win races which probably they probably didn’t have the potential to win and then of course, expectations were really high.”

“When you’re fighting for the championship, you’re so much on the limit all the time, trying to achieve things probably not achievable with the car he had a couple of times and then things happen. He’s a four-time World Champion, I think he knows how to manage a championship.”

That certainly goes a bit against the belief that the Ferrari was slightly better than the Mercedes more often than not in the first part of the season. Was he just driving especially well at the start of the year?

Sergio Perez said that trying to stick with an improving Mercedes and Lewis Hamilton may have caused desperation to set in:

“Probably at the end he was just desperate, trying to achieve what was probably not possible but he’s a four-time World Champion for that reason so he has a great team and he will be back to fight again and he has a great opportunity to fight Lewis. Mercedes also have a fantastic car so it was very hard for him.”

Carlos Sainz said it’s hard to know the reasons for sure because you don’t know the exact situation of other teams and drivers:

“Well, I think it’s always difficult to judge the performance of any other driver and car because you don’t know what they are going through. Of course, there have been some mistakes that we’ve all seen but I think it’s very easy to judge it from the outside and not know what is clearly going on in there. I really respect Sebastian, I think he’s a four-time World Champion for a [reason] because he deserves to be a four-time World Champion and he will come back eventually. I think he might have gone through a tough moment but I think he will be back.”

Kimi Raikkonen gave a typically Kimi answer, saying “we’ve all gone through it, it’s part of the game.” However, Max Verstappen – who’s already been on the receiving end of criticism about his driving already this year – didn’t really want to be drawn into discussions about other people’s driving:

“I can only look at myself. I think it makes no sense to comment on another driver so I don’t want to piss anyone off.

Fair play, Max – although it does sort of suggest that his opinion isn’t quite as kind to Sebastian as everyone else’s! 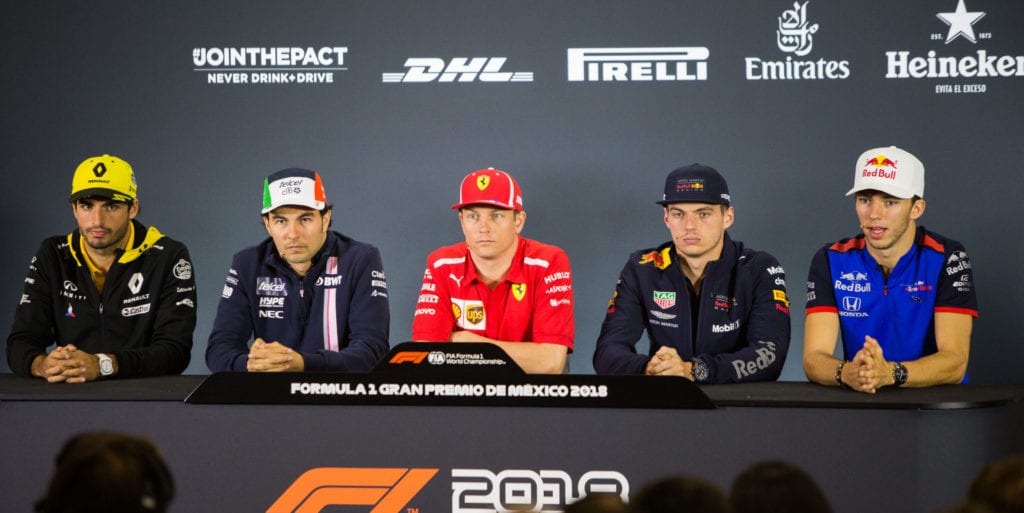