Drivers Out Of Position On The Grid Will Be Penalised In The Future – WTF1
Skip to content
×
Formula 1 , News

A lot of people realised the position of Vettel’s Ferrari on the grid for the Chinese Grand Prix was a little odd, as he was outside the white lines of his box.

He had stopped his SF70H further left, because the right-hand side was damper and he was trying to avoid the white lines and old lines that had been painted black.

His antics were brought up in the Bahrain GP driver’s briefing, according to reports, with Lewis Hamilton, Fernando Alonso and Felipe Massa among those who felt Vettel should’ve been penalised.

Race director Charlie Whiting said the start rules haven’t changed for 20 years, and that there have been only two cases (the other being Daniel Ricciardo in Japan last year) of drivers positioning their cars outside the grid boxes.

He could’ve aborted the start but gave Vettel the benefit of the doubt, instead referring it to the stewards, who decided to not give him a penalty.

But having discussed the incident with all of the stewards from China, the FIA feels a similar situation would now result in a penalty being given.

Whiting admitted over half the grid were outside their grid boxes in China but it would be impossible to enforce a proper limit to being out of position and told the drivers to just use their common sense.
Sergio Perez told Autosport:

“Charlie gave us his opinion and he said that if what Sebastian did happens again, then you might not get away with it. I think Sebastian was on the limit from that side and if Charlie sees that again it might be a penalty. I hope it doesn’t happen as we might get into an argument if another driver gets a penalty. So, what will common sense be?”

It’s a tough one for the stewards but there has to be a more consistent ruling on his, because you can’t have drivers being way outside their grid boxes. 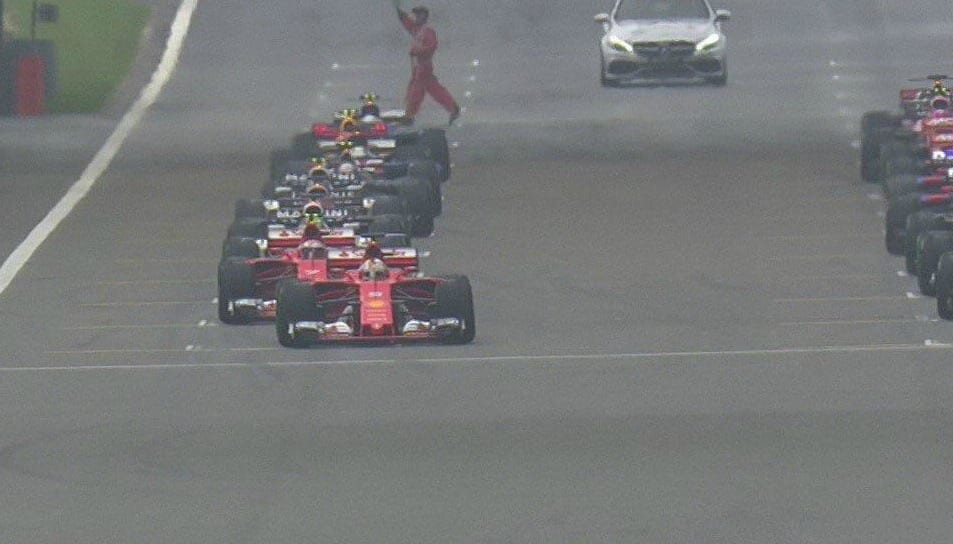