Daniel Ricciardo had a great first day of testing the RB14 by topping the time sheets and completing over a century of laps. Verstappen is in the car for the second day of testing, but has experienced some setbacks with a fuel leakage issue.

After completing the first day of a very cold winter test, Ricciardo highlighted that the Halo isn’t impairing his vision at all. This echoes similar comments made by Feranado Alonso after his day in the MCL33 and also Kimi Raikkonen at the Ferrari launch. Ricciardo has reservations about how the safety device looks, but admits that it isn’t an issue when driving the car.

“It might sound silly, but I don’t notice it,” said Ricciardo. Getting in the car and getting out obviously you do, but on track it seemed fine.

“I followed a couple of cars today and it seemed alright. We did the starts, we thought to see the start lights could be difficult, but so far it seems fine. I know it’s not that pretty but other than that it’s fine.”

One really interesting, unforeseen point that has emerged is the factor of interchangeable weather, and how the Halo is making rainfall less obvious to the driver by deflecting water droplets away from the driver’s visor. Renault driver Carlos Sainz noticed this after the first day of testing was plagued with difficult weather conditions.

“Today when it started to rain a bit, but you could not see it on the visor. The halo was not allowing the raindrops to go on the visor.

“So you were not really seeing if it was raining or not. You were just feeling it with your hands and your arse.

“It’s this kind of rain that sometimes really bothers us drivers, because you don’t know if you can actually push 100 percent or not, you just have to guess it with the pitwall and see how much rain there was.

“From us, our visor was completely dry and outside it was raining. A bit tricky there.”

So the drivers will have to hone their feelings of the track and look out for grey clouds in the sky. There is also the fact that in sessions over a race weekend, the pit wall can keep the driver updated. But at tracks like Spa where weather can be unpredictable, this rainfall blindness could be a test.

Conclusions surrounding the halo from the perspectives of the drivers seem to be quite consistent. There isn’t a visual impairment other than quickly noticing changes to the weather conditions. Whilst the aesthetics of the Halo aren’t great, if the drivers seem willing to live with it, maybe we should too. 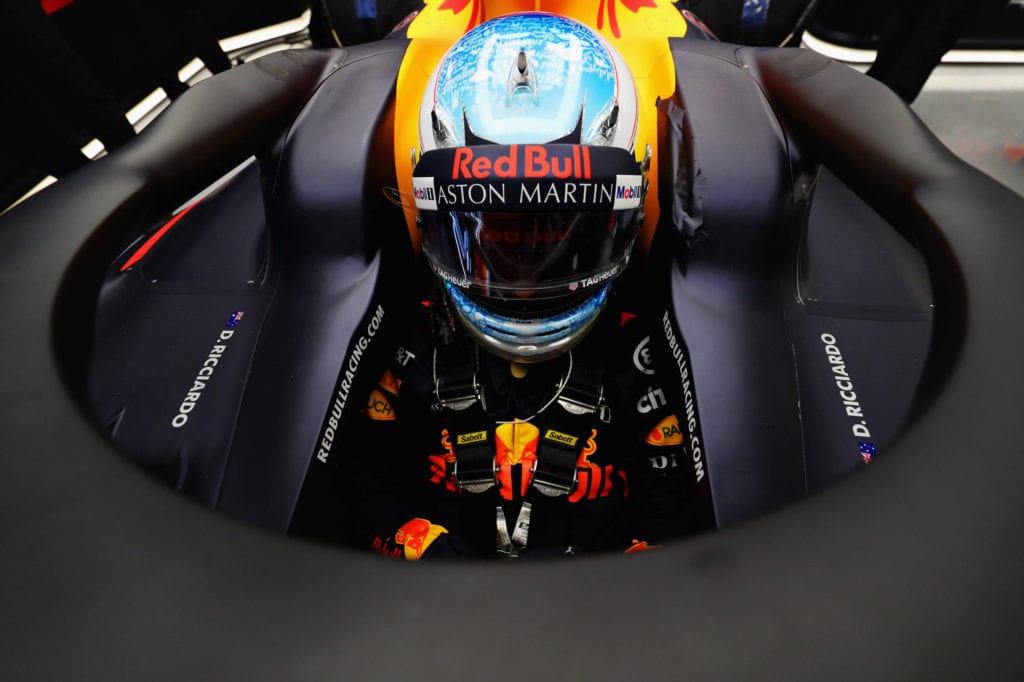