With major manufacturers racing against each other in a high-profile championship, team orders have long been a part of DTM. Teammates have been banned from racing each other, told to hold up rivals with crazy strategies in order to help a teammate, or even give up wins at the last corner in Austria, Ferrari style.

There was also this utterly insane final lap from the A1 Ring in 2002, which saw the Mercedes drivers working together to try and help Bernd Schneider win the race, only for him to collide with Laurent Aiello at the final corner. Jean Alesi slowed down at the line and dropped from first to third as Marcel Fassler won the race.

Last year’s DTM title fight between Audi drivers Rene Rast and Nico Muller had the sting taken out of it when the two collided at the Norisring and saw team orders affect subsequent races – Muller wasn’t allowed to attack Rast for the lead at Brands Hatch, for instance.

As a result of team orders leaving a sour taste in the mouths of… well, pretty much everyone, DTM has moved to ban them, as confirmed by Audi Sport boss Dieter Gass to Motorsport.com.

“We have now agreed with the ITR and the competitor [BMW] that there will be no team orders this year. In the end, that was [ITR chairman] Gerhard Berger’s wish.”

“There was a bit of discussion on [how to police it]. Of course, I first have to protect the interests of Audi AG. I also have to be able to rely on the fact that it works accordingly. Unfortunately there have been inglorious examples in the past of public discussions in the DTM. This is something that is difficult to check. But we looked each other in the eye and agreed on the subject. I trust it that it works accordingly.”

F1 tried to regulate team orders after the farce of the 2002 Austrian GP and, from 2003 until the end of 2010, team orders were banned. The problem is that teams simply came up with thinly coded messages – the ‘Fernando is faster than you’ message from the 2010 German GP is the most famous one – which were very obviously team orders, but by the letter of the law, completely legal. F1 realised it was fighting a losing battle at the start of 2011 and although nobody really likes team orders, they are a key part of racing.

DTM can say it’s banning them and the manufacturers can say they trust each other to abide by the rules all they like. DTM has a rule banning teams from speaking to the drivers over team radio during the race, so it’ll be harder for orders to be made in the heat of the moment, so it’ll just require a bit more forward planning. Give it a few rounds, and there’ll suddenly be the odd ‘mysterious intermittent technical issue’ which causes a driver to lose a place to a teammate… 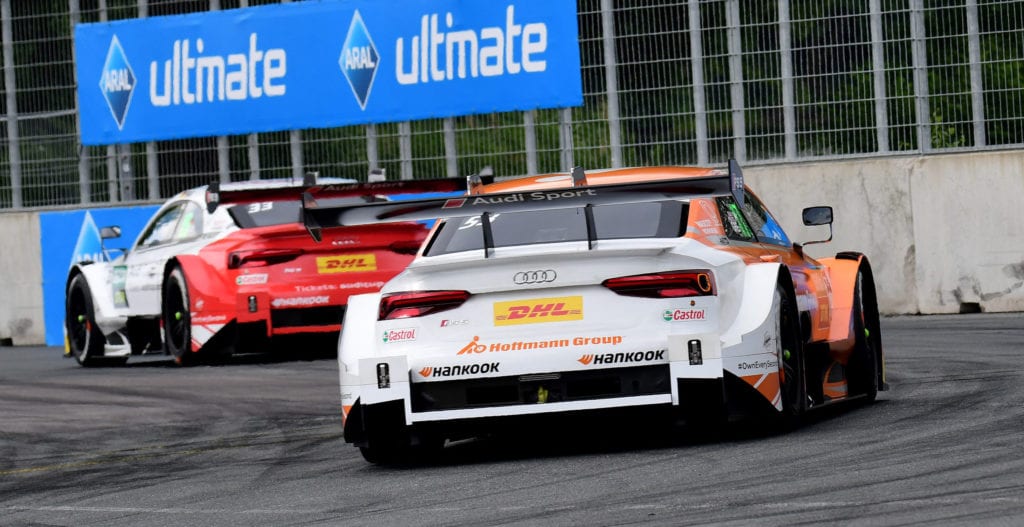