DTM Wants Pit Stops To Be Done By Robots In The Future – WTF1
Skip to content
×
News , Touring Cars , WTF

DTM promoter ITR has come up with its own futuristic vision for the future of the championship, prompted by the apparent inevitability that the traditional internal combustion engine’s days are numbered. This is a problem for a championship like DTM, which relies almost entirely on manufacturers who are interested in using championships like DTM to promote their road cars: if they stop offering petrol and diesel cars altogether, why go racing with them?

As a result, the series has come up with a potential route it could go down in the future. It’s full of all sorts of interesting stuff, but the thing that immediately jumps out at us is the idea that pit stops could be performed by robots. Yes, robots.

OK, so the images show the kind of robots that you’d see operating on production lines and not a team of Asimo-style machines with a bipedal humanoid form (pity). It is, however, still kinda cool – the driver stops in the box, has their wheels changed by a machine, and then a couple of arms remove and replace the spent batteries or hydrogen fuel cells.

As cool as it is to see an army of mechanics service a car in just a few seconds, there’s no denying that it can be rather dangerous – just look at what happened with Ferrari in Bahrain last year, or when a wet pit lane in a DTM race in Hungary last year caused complete havoc. Technically, some series already have ‘robots’ in their pit stops – Super Formula teams use automatic front jacks – but DTM’s idea is to go the whole hog and automate the whole process. Is it feasible? Maybe, maybe not.

With the planned switch to electric power also comes the possibility of using hydrogen fuel cells to generate that power – technology that has been around a while, but has yet to be fully commercialised by the road car industry. By giving it a racing application, the idea is that it would help to drive development of the tech.

Power would also ramp up dramatically, with the current 600bhp cars looking pedestrian in comparison as electric power would boost the output of the cars to over 1000bhp. That hardly seems surprisingly when you realise that the ITR chairman is a Mr Gerhard Berger, a man who wrestled the outrageous turbo monsters of 1980s Formula 1. He hopes that kind of drama can be reintroduced, saying:

“I grew up in racing in the 1980s and never lost sight of what made us that decade: handling spectacular cars that were always driven at the limit. They were incredibly hard to master and therefore as impressive as attractive. Racing cars at the limit has never been easy. When you look at 80s onboard footage, it immediately becomes clear that the drivers were struggling to stay in control. That’s the kind of racing I love.”

It all sounds pretty impressive. It’s important to mention that all of this isn’t definitely going to happen – there’s certainly no time frame given for any changes – but it’s good to see that a championship the size of DTM is proactively looking to the future and realising it’ll have to change if it wants to keep on…well, existing. This probably isn’t exactly what DTM will look like in five or 10 years, but it gives us an idea of where it wants to go.

As long as they keep the pit robots. 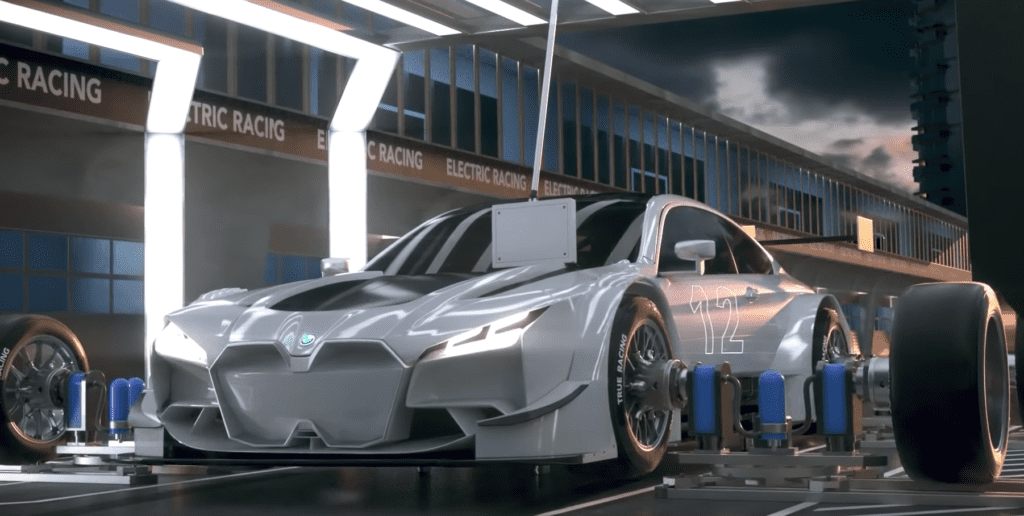