In Eddie Irvine’s first Grand Prix he wound up Ayrton Senna so much that the Brazilian walked up to him after the race, called him a “**ing idiot” and then threw him a swift punch.

That more or less sums up Eddie Irvine, who has never been one to shy away from controversy. Now though it seems he’s going after Jacques Villeneuve’s unofficial title of ‘most outspoken ex-F1 driver’ with his latest opinion on the four-time champion and current championship leader Sebastian Vettel.

“Vettel is a spoiled brat. He was already narcissistic when he first arrived to the Formula 1 show, but the admiration surrounding him prompted his current arrogance to blossom.”

He went on to say that all the top drivers are arrogant and self-centered and that it’s a part of what makes them successful. Interestingly he also admits that average drivers are the same too, although I’m not sure he was aware of it:

“That’s how we behave…I was like that, so are Lewis and Fernando.”

Ahhh, lumping yourself in with Lewis and Fernando are you? Of course, I forgot – in any discussion about the greatest F1 drivers of the past 20 years, Eddie Irvine is always the first name people bring up.

Irvine said that out of the current drivers Hamilton, Alonso and Vettel “possess similar skills,” and thinks that Hamilton is the best driver on the current grid.

He didn’t pass up another opportunity to have a dig at Vettel however, and said that he couldn’t even be compared to Michael Schumacher:

There isn’t even an argument: Vettel is a good driver, but Schumacher was on another level. After a bad race, he would work with [Jean] Todt to figure things out. Michael used to do things with the car nobody has ever been able to replicate, not even a superb driver like Mika Hakkinen.

Ok, there might be some truth in that, but Irvine did alright in replicating some of Schumacher’s achievements, such as winning races as a result of team orders and being team mates with Johnny Herbert. 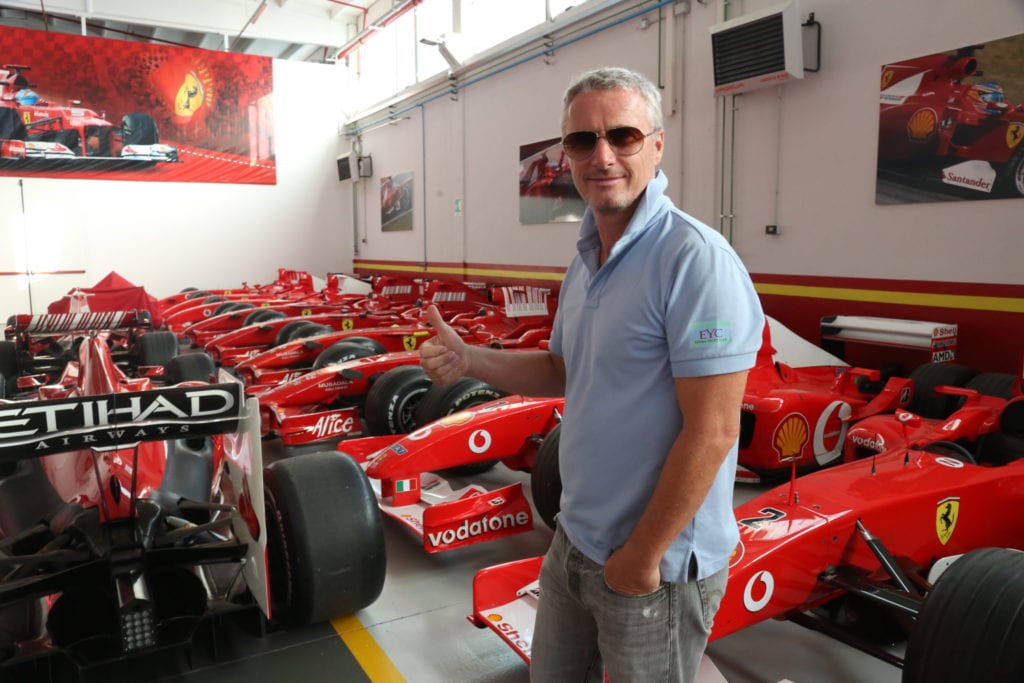