Anyone who’s played iRacing will be familiar with Mazda MX-5, and probably had a few incredibly exciting races in them too. This however is action from the real-world Mazda MX-5 Cup at Daytona Road Course, with Race 1 providing one of the most epic battles for victory we’ve ever seen.

We’ve seen the odd race where two cars cross the line side-by-side, sometimes it’s even three of four. But this time it was eight cars going for the win across the line. Yes, really! EIGHT!

If you watch one video today, make sure it’s this one…

Also, sorry but can we just talk about that Police car livery for a minute? 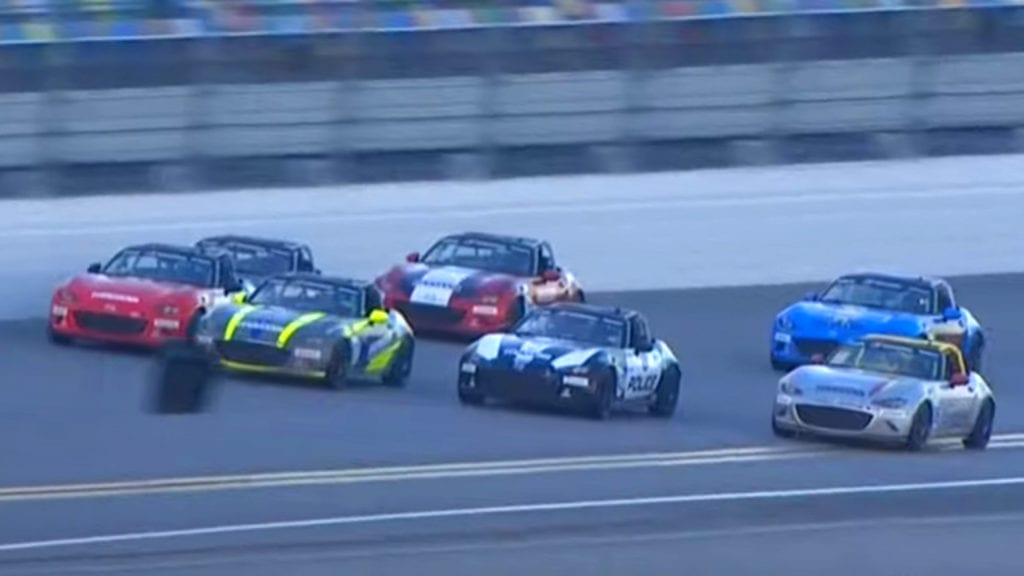