When the Australian Grand Prix first came onto the calendar in 1985 at Adelaide it was the season finale, but since switching to Melbourne in 1996 it’s established itself as the traditional season-opener (with a couple of exceptions!).

At the end of the week we’ll know the winner of the 34th world championship Australian GP, so what better way to get hyped up than by enjoying a load of onboard footage from Aussie GPs of the past?

Here’s Patrick Tambay in his last F1 race, driving in the Ford-powered Haas (before you ask, no, it was a different Haas) in the early stages of the 1986 race. Whilst all eyes were on the dramatic, tyre-bursting conclusion to the championship up at the front, Tambay came home in last place, 12 laps down and unclassified – not a fitting end from the former Ferrari driver and two-time race winner.

Here’s a whole load of onboard from the Ferrari’s of Nigel Mansell and Alain Prost during the 1990 race. Mansell finished second (despite his best efforts to pass winner Nelson Piquet) whilst Prost finished third. We’re not sure what sounds better here – those screaming V12 Ferrari’s or the commentary of Murray Walker and James Hunt!

You can’t have a collection of onboard clips without including something from Ayrton Senna, so enjoy a lap with the master hustling his V12 McLaren-Honda around Adelaide in 1991. The sounds, the bumps, the steering corrections – it’s all just so glorious! He’d already wrapped up his third and final title by this point and rounded out his season by winning from pole.

Fast-forward a couple of years to the more muted sound of the V8 Ford in the back of Michael Schumacher’s Benetton. There’s even some rudimentary on-screen telemetry, too! Whilst Senna took his final win, Schumacher retired from fourth on lap 20 with engine failure.

The 1995 Australian GP was very much a race of attrition, with many front-runners dropping out and just eight cars making the finish. Damon Hill won by two laps – here he is putting one of them on the McLaren of Mark Blundell and his mega helmet design. Blundell rose to finish fourth at the end, but despite the speculation from Murray over his seat for the following year, this ended up being Blundell’s final race as he switched to a career in CART.

The Australian GP switched from Adelaide to Melbourne and the Albert Park circuit for 1996, and also went from being the last race of the year to the first one. Here’s Rubens Barrichello talking through a lap of the track from the nosecam of his Jordan-Peugeot. He qualified a strong eighth but retired with engine failure just past half distance.

Back to the more traditional T-cam for a lap with Ralf Schumacher’s Williams as he chases Heinz-Harald Frentzen for fourth place. The introduction of narrower cars and the horrible grooved slicks the year before made the cars pretty twitchy, but Ralf kept it on the road to finish third after both McLarens retired.

How about a wet lap? Here’s Juan Pablo Montoya wrestling his McLaren MP4-20 around a very soggy Albert Park in 2005. The Colombian had a strong debut race for the Woking team – he out-qualified Kimi Raikkonen and was looking set to finish second until a couple of off-track moments dropped him to sixth by the flag.

The last year of the V8s, Sebastian Vettel took pole for the 2013 season-opener but slipped to third by the end of the race as Raikkonen took victory from Fernando Alonso.

Finally, here’s one from last year. McLaren-Honda had such a terrible time in testing that everyone was expecting the team to lock out the back row in qualifying but Alonso managed to qualify up in 13th, which became 12th after a penalty for Daniel Ricciardo. He even ran in the points he dropped back with a broken floor and eventually retired. 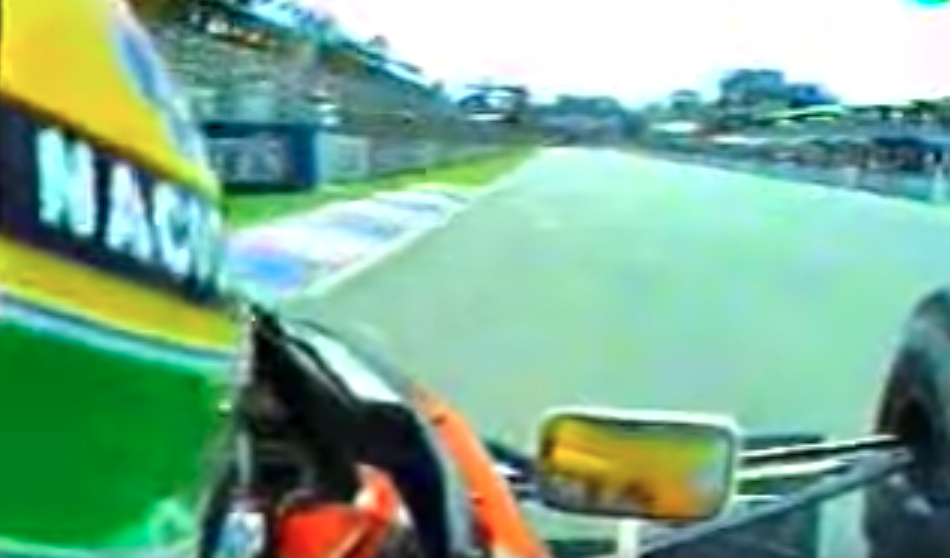