Esteban Ocon Had A Very Close Call During The Belgian GP

The restart after a safety car is always a difficult situation for Formula 1 drivers. If they’re leading, they want to get a good jump on the chasing pack and out-fox their rivals.

But, if they’re in the field, they’ve got to react to the leader and try to not lose time to those ahead. It’s a very tricky position to be in and it can often catch people out.

That’s what happened at the Belgian Grand Prix last weekend, with a very close call not being shown in the TV broadcast and only being revealed afterwards.

Force India’s second clash between Esteban Ocon and Sergio Perez brought out the safety car, with Ocon losing a few spots and Perez dropping to the back of the pack.

Ocon was clearly eager to get going and when the gap to those ahead increased on the restart, the Frenchman thought it was time to go. But, it wasn’t.

He had to slam on the brakes and veer to the right to avoid smashing into the back of Kevin Magnussen’s car, and Ocon shared the video alongside an amusing caption on Twitter.

I'll bring a new pair of undies for you mate 😉😅 https://t.co/bnqJDR5gXj

Magnussen had a hilarious response to Ocon’s tweet, too. Not quite his reaction to Nico Hulkenberg in Hungary, but still pretty funny. 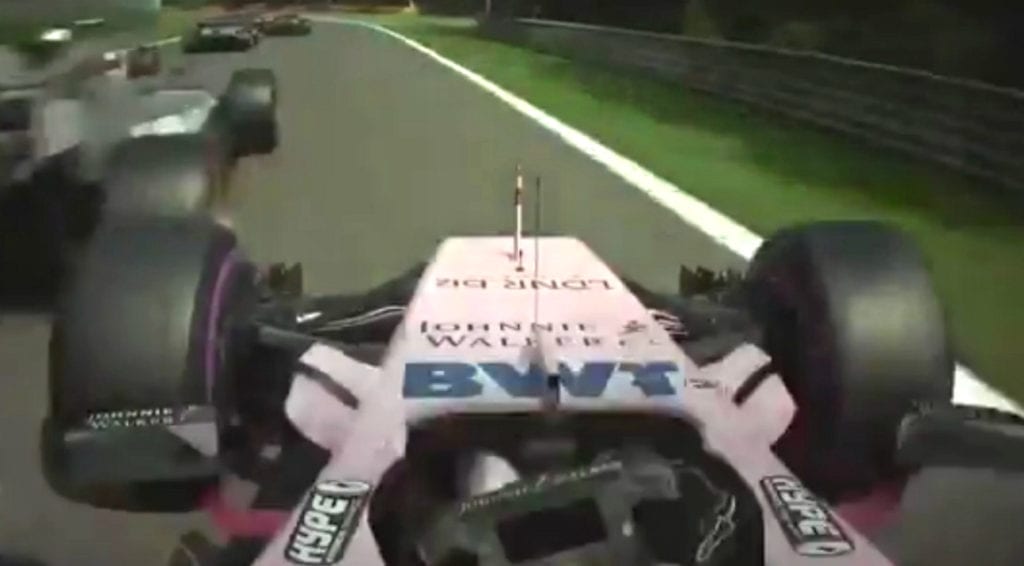