Esteban Ocon Wins At Showboating During The Festival Of Speed

He may not have a race seat for this year, but Ocon made sure nobody is going to forget about him in a hurry with some crowd-pleasing runs in the 2017 Mercedes W08 at the Goodwood Festival of Speed.

Modern F1 cars aren’t allowed to go for outright times up the hill, which basically means drivers can either go up the hill relatively slowly, allowing fans to drink in the sight and the sound, or they can show off a bit. Ocon definitely chose the latter – except instead of a bit, he chose a lot.

Criticise the noise of the V6 Hybrids all you like, but when you hear one bouncing off the limiter like that, you have to say… it sounds pretty mega. 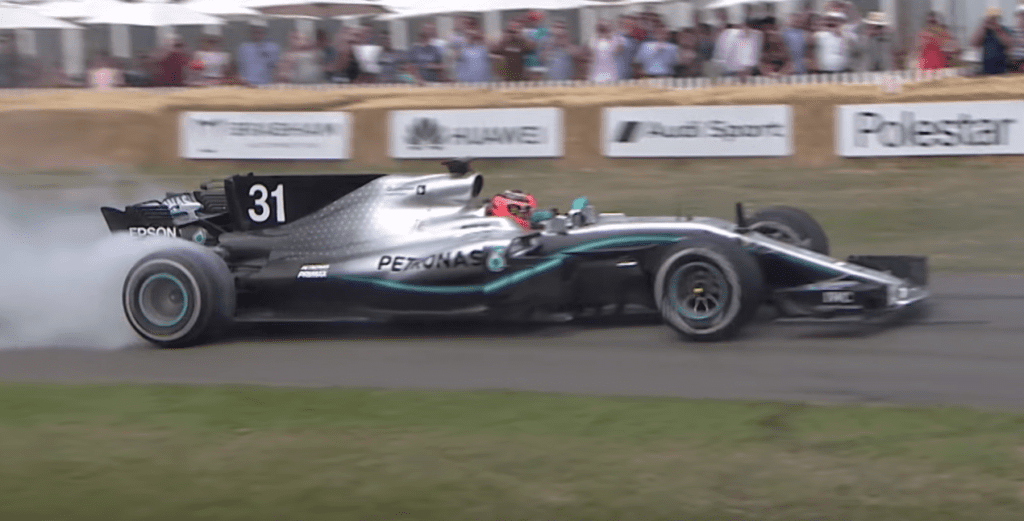