Even Toto Wolff Feels Sorry For Ferrari After Its Miserable Qualifying

Usually, when an F1 team or driver has some sort of issue, their rivals will give a token comment about how it’s a shame for them before dishing out the standard sentiment of ‘that’s motorsport’.

However, Ferrari’s double car failure in qualifying at Hockenheim was such a tragic blow to the hopes of Sebastian Vettel and Charles Leclerc – who would probably have been fighting each other for pole position – that even Toto Wolff was keen to empathise with the Scuderia’s plight:

“It’s a shame for Ferrari, a shame for Sebastian at his home grand prix. We really need him here for the crowd and you can see that it’s a bit subdued at the moment. Ferrari really have an illness in there that they need to cure. It’s a shame because we need them for a strong championship.”

A shame for Leclerc and Vettel? Absolutely – whether their fuel system or turbo has a hissy fit is nothing to do with them at all. But for Ferrari? Ultimately, such reliability issues are their responsibility and these sort of things simply don’t happen with Mercedes, or even Red Bull, despite the potential pitfalls of the new relationship with Honda.

It’s not even the first time this season that reliability issues have cost Ferrari – Vettel had his qualifying ruined in Austria with an engine problem, and (yes, we’re sorry for bringing this up – here, have a tissue) Leclerc had certain victory snatched away in Bahrain with a faulty spark plug. It was a similar story in 2017, when Vettel was right in the hunt for the championship until a succession of car problems after the summer break all but ended his chances.

Throw in some of the confusion over team orders in the early races this year and the team seemingly forgetting to send Leclerc out for another qualifying lap in Monaco and it seems that operationally, Ferrari is in a bit of a quandary.

It almost makes it unsurprising that both drivers have made mistakes this year as they have to try and make up for the shortcomings of the team. Even Vettel, normally the very model of a team player when it comes to his public comments, said that he was feeling “pretty empty really, very bitter and disappointed” following qualifying.

As a top team with an incredible history and two very strong drivers, Ferrari should be feared. And yet at the moment, the only feeling being shown by its main rivals is one of pity.

Can Leclerc and Vettel turn things around in the race? With a safety car or two and a bit of rain, absolutely. But at the moment it seems like the only thing either has a chance of winning on Sunday is the Driver of the Day vote. 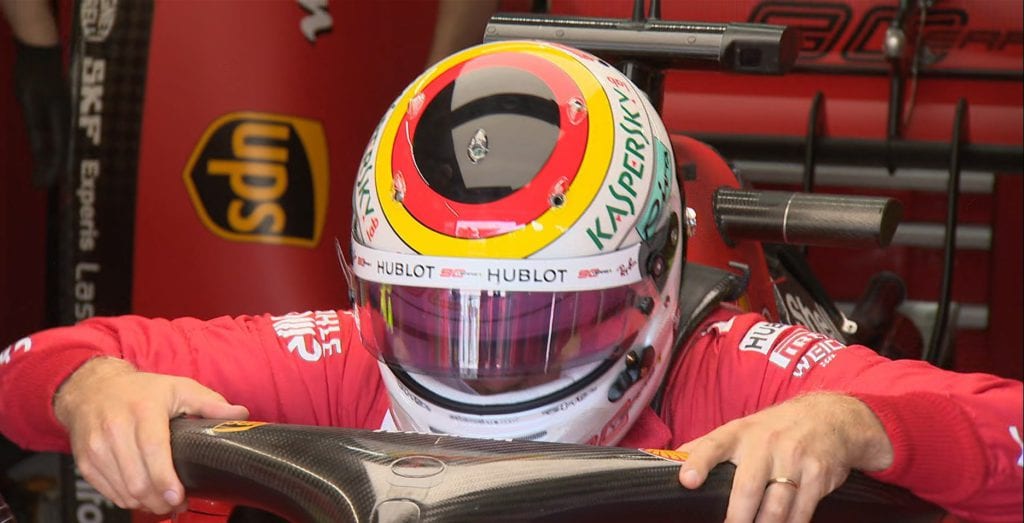