Every Teenager In F1 History And How They Did

These days, if you’re a driver in the junior formulae who’s in their mid-twenties, it almost doesn’t matter how much success you have – because by modern F1 standards, you’re almost too old. That wasn’t the case a few decades ago: Alain Prost was 25 when he made his debut, Ayrton Senna was 24, Nelson Piquet was almost 27.

Now, if you’re in your early twenties it seems to be a bit of a sweet spot. But if teams think you’re good enough, they’ll stick you in a car as teenager. For some drivers it works out instantly, other drivers take a bit of time, and a few probably wish that they’d been asked if they could swim before being thrown in at the deep end.

Not including those who only tested or drove in practice session, here are the 12 drivers who actually raced in F1 as teenagers and the success they had (or didn’t have, in some cases) before and after they turned 20.

Max Verstappen broke the mould so hard that the FIA changed the rules to prevent things escalating any further. His debut season in cars was so good that F1 teams tripped over each other to try and get him on their junior programmes. Only Red Bull was willing to take the punt on putting him straight in a race seat and he became a Toro Rosso driver in 2015. Despite scoring points in his second race and quickly looking at home in F1, the FIA panicked (probably wondering how long it would be until someone gave a 12-year-old a seat) and introduced a minimum age limit of 18, as well as requiring drivers to accumulate a certain number of ‘points’ in junior categories so that those moving up to F1 were proven to be talented enough.

Verstappen kept breaking the mould, becoming the youngest grand prix winner in his second season (and his first race for Red Bull) and although it took a bit of time to polish off those rough edges (his second win came the day after he turned 20), it quickly became clear that he was going to go on to big things. Unless the FIA changes the rules, there will literally never be another driver quite like Max Verstappen.

Stroll initially struggled with the move straight from Formula 3 (where he won the championship, remember) to F1 and many races in his debut season were… well, let’s go with ‘underwhelming’. However, there were a few occasions where he showed exactly why Williams had taken a punt on his talent. The first came in Azerbaijan, where he kept his head while all around him lost theirs and delivered a thoroughly excellent third place (which was almost a second), and the other came at a soggy Monza, when he qualified a brilliant fourth, which became second after penalties for others.

He also demonstrated a knack for good starts and intuitive positioning of his car on the opening laps, showing that although he had his share of bad races, his racing instincts are spot on. He could probably have benefitted from a couple more years on the junior ladder but he’s stuck at it and is improving. Will he ever attract the attention of a top team? It seems unlikely. But if a midfield team he’s in finds itself moving up the grid, who knows what he might achieve.

Lando has had an extremely impressive debut season at McLaren and would surely have scored many more points were it not for some incredibly bad luck with reliability. He’s made very few mistakes and been close to Carlos Sainz, who’s arguably been one of the drivers of the season. His penchant for memes has also rapidly made him a fan favourite. The lad has a bright future ahead of him…

Alonso was marked out as a talent very early in his career and found himself at Minardi as a 19-year-old. Despite having very little time to test the car he impressed in his first race (where he finished 12th) and was soon taking it to one or two other teams in qualifying, despite having the weakest car on the grid. After his debut season he ended up spending a year testing for Renault and when he returned in 2003, it was as a consistent front-runner.

At the time F1’s youngest ever driver, Alguersuari was brought in at Toro Rosso to replace Sebastian Bourdais mid-season. A few big names in the sport such as Jenson Button, Niki Lauda and Felipe Massa spoke out about whether it was wise – or even safe – for him to be in an F1 car considering that until his first practice session, his only seat-time had been in straight-line tests.

Despite the concerns, he did OK in his early races and was solid, if unspectacular, his most notable moment being when he stopped in the wrong pit box in Abu Dhabi. His last race as a 19-year-old came in the first race of 2010, a season which saw him improve greatly – probably because he’d actually had time to properly prepare. But by the end of 2011, Red Bull was looking elsewhere and he was out of the sport. And by the tender age of 25, he retired from motorsport altogether to focus on his career as a DJ.

Spotting a theme yet? Yep, Toro Rosso has seen a load of teenagers. Kvyat was mega on his debut and is one of just two drivers in their teens to have scored on debut. His entire debut season was actually pretty solid and earned him a promotion to Red Bull after a single season. Sadly, things haven’t gone quite right for him since – though he does still have enough about him to cling on to a drive.

Kiwi Chris Amon started his F1 career in a Lola in 1963 and after a DNS at Monaco and mechanical failures in Belgium in the Netherlands, he finally saw a chequered flag in France in his last race as a teenager, finishing just outside the points in seventh. Though he went on to have a long career and become known as one of the fastest drivers of his day, the luckless Amon never won a single grand prix.

Tuero kinda came out of nowhere when Minardi signed him for the 1998 season and, after some wrangling over whether the FIA should give him a super licence, he was finally able to make his debut. Like Alguersuari years later there were some doubts about his ability and so it was a surprise to everyone when he qualified 17th of 22 in his first qualifying session. Mechanical problems prevented him finishing either of his first two grands prix (he didn’t finish a race until he’d turned 20 – eighth in Imola turned out to be his best result) but despite initial competence, the mistakes crept in during the season. He retained his seat for 1999 but surprisingly retired from F1 on the eve of the season for reasons which, to this day, are still unknown.

The bloke who beat Verstappen in the 2014 European F3 Championship, and won the GP3 title the following year, Ocon got his chance with Manor when Rio Haryanto’s sponsorship money ran dry, meaning he got to do his first two races as a teenager. He spent a couple of years at Force India/Racing Point and will drive for Renault in 2020 having spent 2019 on the sidelines. His career is currently still at a bit of a tipping point – he could either turn out to be a gem that Mercedes will regret letting go of, or destined to spend years performing admirably in the midfield. Going up against Daniel Ricciardo in the same team will be a tough challenge…

The younger brother of Pedro Rodriguez, Ricardo became the first teenage driver in F1 and proved absolutely incredible when he made his debut for Ferrari, qualifying on the front row and fighting for the lead until a fuel pump failure put him out of the race. He backed this up with a number a good performance in 1962 but was tragically killed during a non-championship event in Mexico, years before he even had the chance to reach the heights his talent could clearly have taken him to.

A Red Bull junior driver on loan to BMW Sauber, Vettel had impressed multiple times in Friday practice runs and got the chance of a race seat when Robert Kubica was injured in the Canadian GP. The step up didn’t phase him and Vettel continued to cement his burgeoning reputation with a solid seventh on the grid and eighth in the race. He turned 20 a couple of weeks later and then a few weeks after that was drafted in to replace Scott Speed at Toro Rosso. Four world titles and numerous records later, he’s the proof that when a driver is ready for F1, they’re ready – regardless of how old they are (something that Verstappen is ably backing up).

Thackwell was an odd case. The New Zealander failed to qualify for two races in 1980 but did squeeze onto the grid in Canada, driving for Tyrrell. He started the race, but a first-lap pile-up (involving both of the other Tyrrell’s) caused the race to be red-flagged and started over from scratch.

His regular car destroyed, Jean-Pierre Jarier took Thackwell’s car over for the restart and went onto finish seventh, meaning Thackwell technically never really started the race. Despite some obvious talent in the lower classes his F1 career never really took off – two more appearances in 1984 would be his lot, at which point he focused on endurance racing before quitting motorsport altogether in 1988. 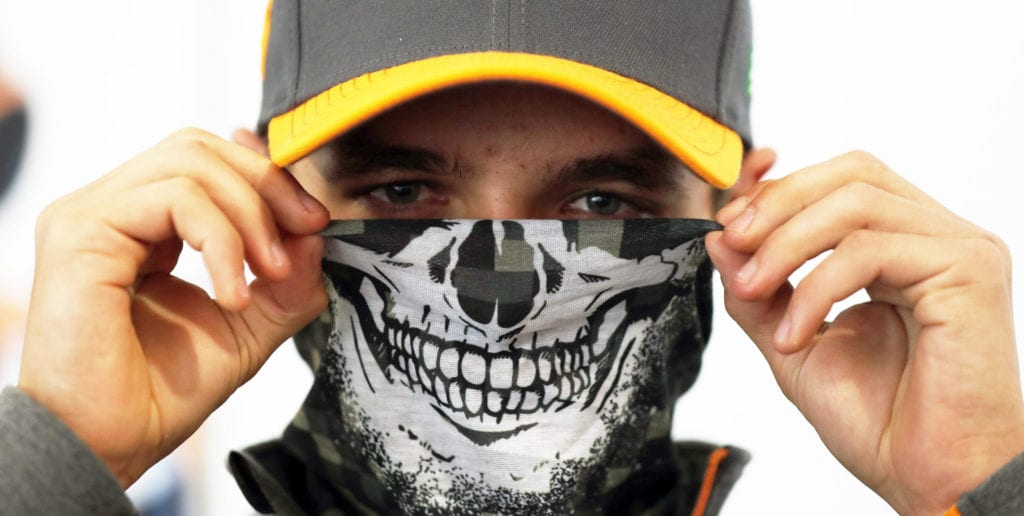