Everything You Need To Know About F1’s New Drivers

With the 2018 driver line-ups confirmed, there are two drivers who will embark on a Formula 1 campaign for the first time and another two drivers who will have their first full season in 2018. Let’s take a look at how these drivers made it to F1 and what their realistic targets will be for the year ahead.

Surely the new driver on the grid that fans will expect the most from, 20-year-old Charles Leclerc will partner Marcus Ericsson at the new-look Alfa Romeo Sauber F1 team.

His signature at the Swiss outfit makes sense on several fronts – as a Ferrari junior driver who’s had some impressive testing outings in F1 machinery last year, Leclerc’s inclusion in the Alfa revolution at Sauber aligns with Ferrari’s aim of having a place in F1 for it to develop young drivers.

The other significant reason behind Leclerc’s arrival in F1 is his pure performance on the track. His 2017 Formula 2 campaign may have been his debut year in the championship, but that didn’t faze his ability or stifle his progress as he comfortably won the title with seven victories over the season – in fact, he was unlucky to win more. His junior record is littered with success, including the 2016 GP3 title and second place at Macau in 2015. Ferrari must be looking at Leclerc as a long-term option in its main F1 operation and his form this season will be analysed heavily.

What does Leclerc need to do in order to consider his debut year a success? The first task will be to show a gap to his teammate in qualifying and over race distance. Ericsson is going into his fourth year with Sauber and has had to keep his head above the water in some very uncompetitive machinery. The Swede is often written off due to the circumstances that he finds himself in, but he did at least compete with the highly-rated Wehrlein last season and will provide Leclerc with a clear benchmark early on.

Sauber goes into 2018 as an underdog given how off the pace the team has been in recent years. But with a current-gen power unit in the back and a technical alliance that should bring performance, this season could finally be the turning point in which the team rekindles its relationship with the midfield and this would be beneficial to Leclerc’s trajectory. We’d rather see him battling tooth and nail for 12th than completing an impressive race sim at the back, a lap down on the leader.

The competitiveness of the car will determine whether we get the opportunity to see Leclerc hone his racecraft against others for the endurance of an entire race. If Sauber has finally taken a step in the right direction, the Monegasque driver will surely be the one most likely to fight for points within the team.

Where Leclerc’s appointment was met with anticipation and support, Sergey Sirotkin’s seat at Williams has been met with some grievance. Circumstance has dictated that the Russian driver became a mourning sponge to soak up the sense of dread surrounding the Robert Kubica story. This is what happens when speculation gets out of hand – for months prior to Williams signing anyone, stories of Kubica’s potential return were everywhere, which only stoked the fire. Speculation toyed with us and hinted at the romanticised return of a very talented F1 driver. When it didn’t happen, Williams was left to fend for itself.

Does the team that actually has given Kubica a role in the F1 team deserve the stick it is getting? The team has a unique business model compared to everyone else on the grid in that it has to commercially bring a profit to its partners, an unchanged approach that allowed it to survive through era after era. It means it can’t justify a £35m driver contract, nor can it run at a significant loss like Mercedes or other big spenders. The decision to appoint Sirotkin has obvious fiscal benefits, but to imply that this is done for greed is insane, it is done to remain in F1.

Sirotkin arrives in F1 with a record that doesn’t illuminate like Leclerc’s, but still shows competitiveness. He finished third overall in GP2 in 2015 and 2016 – the 2015 campaign was particularly impressive, given that he was both a rookie and driving for a team that isn’t particularly competitive.

Whilst the 22-year-old hasn’t won any direct feeder series to F1, he arrives with more experience than Leclerc. Sirotkin has enjoyed three full seasons around F1. He was as a development driver for Sauber in 2014, Renault in 2016 and then promoted to the Renault reserve driver role last season. He has ample mileage in this era’s machinery, something that should come into play this season.

His realistic target for 2018 should be to match Lance Stroll and on occasion, beat the Canadian. You would expect Stroll to yield more points and Sirotkin can’t let the rookie-turned-veteran make it look easy, otherwise Kubica will surely jump in and have a go.

If Williams develops a car that has the potential to climb beyond the midfield, is this the driver line-up that has the experience to execute this? Not on paper, since Williamses driver line-up is greener than a 7-Up Jordan. Like Stroll last season, Sirotkin will need some time to acclimatise, but hopefully this won’t heavily disadvantage what is starting to feel like a crucial year for Williams, the burst of consistent podium-scoring form now a distant memory.

Having driven a few races each at the end of 2017, Pierre Gasly and Brendon Hartley aren’t fresh-faced rookies, but 2018 will mark their first full season with all the benefits of a full pre-season of testing and preparation. Honda-powered paranoia will persist over the winter period with the sister team testing the waters whilst Red Bull watches on like a hawk, prospecting the Japanese marquee for its own campaign in 2019. The reputation that Honda brings isn’t an optimistic one, but this is a golden opportunity for to reconcile the errors of the McLaren-Honda project, and gives further importance to Toro Rosso’s winter testing schedule.

It will be fascinating to see which driver in this garage emerges as the number one. Last season, both drivers were able to drag the car over the finish line a few positions behind the points, and qualifying form hit an average of 17th place for both drivers, although poor reliability made it tough to judge. Hartley was particularly impressive, though, given that his F1 debut in Austin was his first time in a single-seater for years.

If Toro Rosso can build a strong car and if Honda has learnt its lessons, then it looks like it will be a very tight scrap between Gasly and Hartley. The first target for any driver in any category is to beat their teammate and given that Honda doesn’t yet have the licence to breed confidence, this can be the only target that each Toro Rosso driver can have heading into 2018. 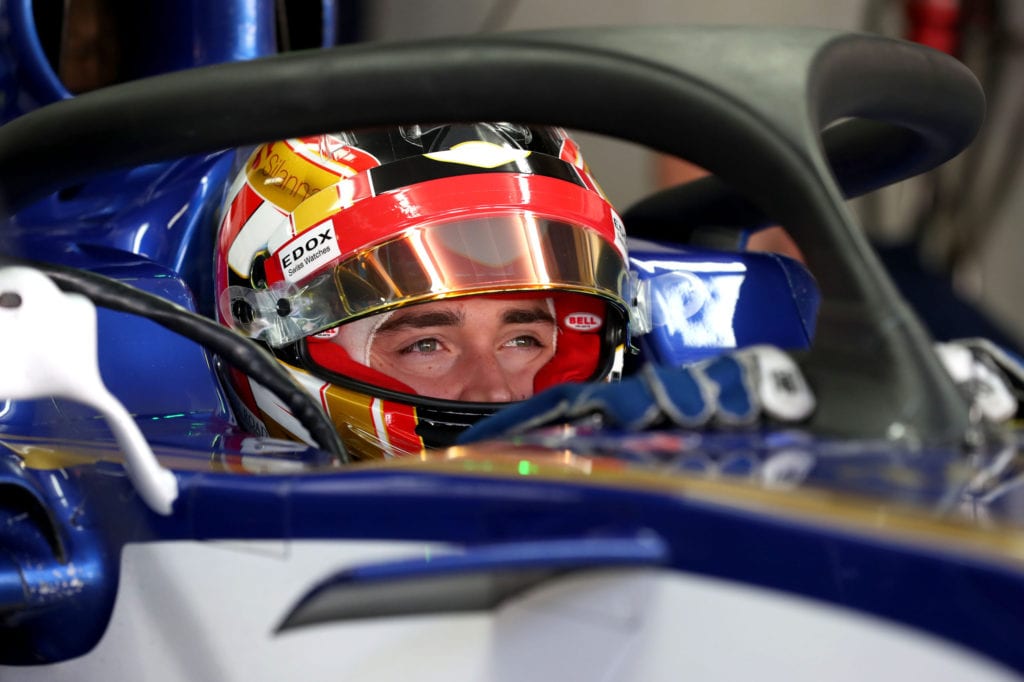