We’re getting seriously excited for the new F1 2017 game. The hype has increased with each trailer and gameplay video, and the official release is just over one week away.

Time flies when you have loads of gameplay to watch!

With F1 2017 hitting virtual and real-life shelves on the 25 August for Xbox One, PlayStation 4 and PC, Codemasters has revealed a load of information on the game’s features.

From new game modes to a closer look at the immersive career mode, let’s dive right in and summarise all the key details you need to know:

OK, so this one’s been known for some time, but it’s always worth a reminder, right? Classic cars return to the gaming franchise for the first time since 2013, with 11 included in the standard game, and another being given to those who snap up pre-order and ‘Day One’ copies.

The last F1 game took the career mode to a completely new level, but Codies has stepped things up even further for F1 2017. There’s more avatars and helmet designs (including community-created versions) to choose from, and gamers can start with whatever team they want.

There’s a new character in the career mode, plus more interaction and cinematics, new practice programmes (Fuel Management, Race Pace) and a more in-depth car management. We’ve also had a glimpse of Monaco at night, which looks downright spectacular.

This is a massively expanded area of career mode, with 115 upgrades now available and the addition of having to manage engine and gearboxes. It sticks with the whole resource points system of F1 2016, but has made it even more immersive.

Classic cars aren’t just for quick races and time trials, but they also play a part in career mode, with invitational events during seasons – giving your driver a chance to try out classic F1 machinery. These include overtake, pursuit, checkpoint and time attack challenges, and gamers can also do single and multi-class C1 and C2 – races.

Alongside the 20 F1 circuits on the 2017 calendar, there are also four shortened track layouts in the game. This is a first for the series. Britain, Bahrain, USA and Japan all have shortened versions, and there’s also Monaco at night, which might as well be a completely new track.

There’s a new mode for F1 2017, called ‘Championships’, which allows gamers to experience unique race events which follow different rules and structures from F1 at the moment. This is for both modern and classic cars.

Codies gives ‘Classic Street Series’ as an example, with players racing iconic cars around six street tracks on the calendar.

There’s the chance to race either modern or classic cars online with a full grid of 20, in both public and private sessions – which are available on all platforms. There are also now two “spectator” spots for league racing and improvements to multiplayer matchmaking, which should make online races a bit less frustrating.

We won’t go through the entire list of supported wheels and controllers for Xbox One, PS4 and PC versions of F1 2017, but there’s a load of them for each console. Take a look at the list here. 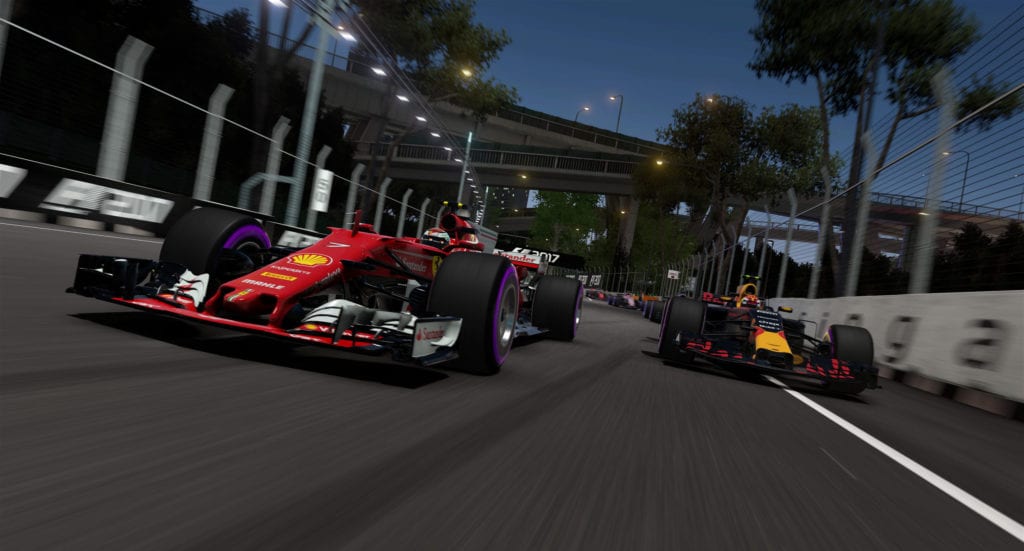