Ferrari Engined Cars Have Been Downgraded In The F1 2020 Game – WTF1
Skip to content
×
Formula 1 , Gaming

Ferrari Engined Cars Have Been Downgraded In The F1 2020 Game

In the first of new updates for the F1 2020, Codemasters have decreased the team performance of all Ferrari-powered cars. Talk about awkward…

With no race data to base the cars from, due to the heavily disrupted and delayed start of the 2020 F1 season, Codemasters were forced to predict the performance of each of the ten teams. Unfortunately for them, their crystal ball was a bit off and as a result predictions were overestimated or underestimated for several teams on the grid.

In the ‘vehicle performance comparison’ section in the game, Ferrari has gone from third-fastest to fourth whereas Alfa Romeo and Haas have switched places with the latter being promoted from ninth to eighth.

Despite these drops in performance, the contract cost for a Ferrari engine remains unchanged in the ‘My Team’ mode. Codemasters said they did not want to “unfairly upset the balance of the players’ experience.”

The v1.12 update has upgraded one of the teams on the grid though, not expecting their big leap in performance year-on-year.

Racing Point, or tracing point as they have been nicknamed, has moved from sixth on the vehicle performance comparison list up to third ahead of Ferrari, McLaren and Renault.

Other updates to the game see Lewis Hamilton and Valtteri Bottas’s helmet designs uploaded, as well as changes to the Ferrari and Red Bull livery. A full list of patch notes is available here. 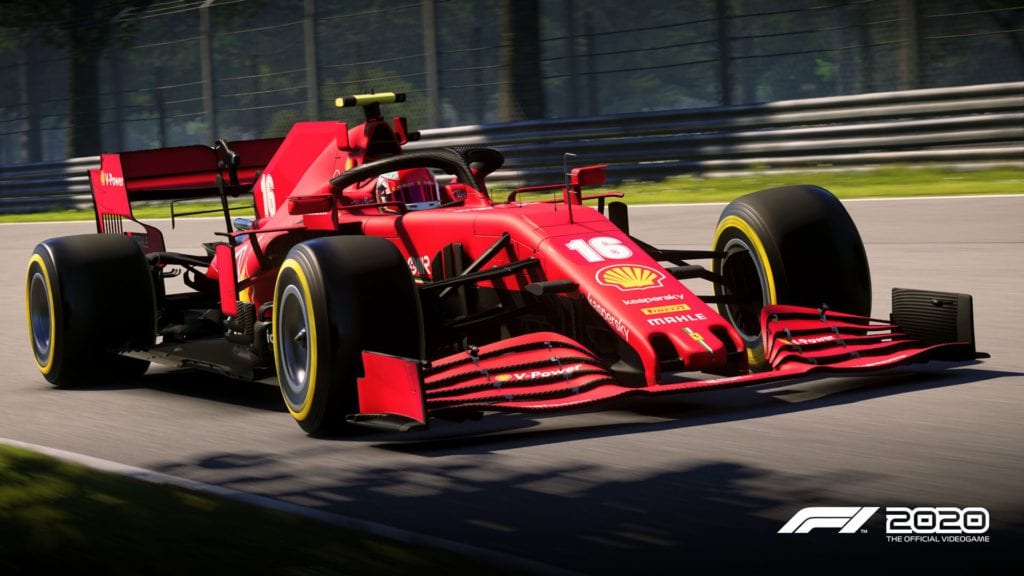