F1 have announced several calendar changes as a direct result of the coronavirus pandemic, including a new date for the Australian Grand Prix, the postponement of the Chinese Grand Prix and the return of Imola to name just a few. All these changes mean Bahrain will host the season-opener for the first time since 2010.

With growing speculation over the future of the first few races of the 2021 season, it has now been confirmed that the Australian Grand Prix will not be kicking off the F1 season at the end of March as expected.

F1 announced that the race weekend couldn’t run under the current circumstances related to the COVID-19 outbreak in an official statement. The event has been rescheduled to a date in November. With strict quarantine restrictions and the need to start construction for the street circuit any day now, the decision was made to move the event to a later date – something which has meant a further reshuffling of races.

Instead of racing around Melbourne’s streets, Bahrain will take on the responsibility of holding the first race of 2021. It will be the first time Bahrain has started an F1 season since the 2010 season. The date for the Grand Prix has not changed, meaning the season will get underway on the 28th of March.

It is also understood that the F1 pre-season test, originally scheduled to occur at the Circuit de Barcelona-Catalunya, will now also be relocated to the Bahrain International Circuit to minimise the amount of travel from the F1 circus. F1 has not yet confirmed this but it is believed the testing will occur between the 12th and the 14th of March.

The dates for this test are not yet known but were predicted to be in early March. The suggestion that the test could be moved to the first race’s location makes logistical sense, but the pre-season test would need to have the date changed, so there isn’t such a large time gap between the two events.

However, by decreasing the days between the test and the first race, teams won’t have long to implement changes on their car before the season starts. This could create quite a problem, especially as testing has already been reduced by three days for 2021.

There had been doubts about the future of the Chinese Grand Prix too, with China experiencing a fresh outbreak of coronavirus cases over the past few weeks.

F1 confirmed today that the Chinese Grand Prix had been postponed, with no fixed date given for when it would return to the calendar.

It seems very much like deja vu, as just 11 months ago we received the same news that the Chinese Grand Prix had been postponed as a result of the “novel coronavirus outbreak.” It never made its way back on to the calendar for 2020, but there are hopes that they can find a solution later this year.

Yep, you read that correctly. F1 will be heading back to Imola, or the Emilia Romagna Grand Prix as it is officially known, for the second race of the season in April.

The historic circuit was used as a temporary venue last year after the heavy calendar disruption, but not many of us expected that we would be returning quite so soon.

With Imola being drafted in as the replacement for China on the calendar, there are also rumours that Portimao will be announced shortly as the third spot on the F1 schedule which is currently labelled as ‘TBC’.

Season Will End Later Than Planned

With the disruption to the order of running, lots of changes have had to be made later on in the year to accommodate.

Thanks to the Australian Grand Prix being postponed until November, the Brazilian Grand Prix will be moved a week forward to the 7th of November. One of F1’s newest additions, Saudi Arabia, will be pushed back to the 5th of December and the season-finale in Abu Dhabi will mean the season will finish a week later than expected in mid-December.

Despite F1 releasing a 23-race calendar at the end of last year, expect more cancellations and postponements yet throughout the season as a result of COVID-19. Street circuits, especially in Europe such as Monaco or Baku, will likely be the next races to get the chop if the pandemic continues at the current rate. Think of this updated calendar merely as a guide. 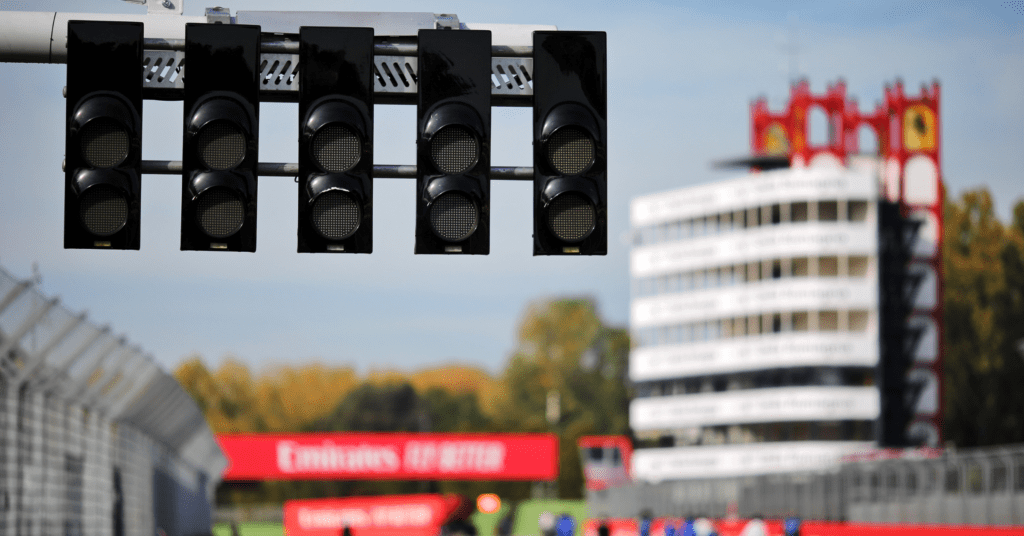