F1 Calendar Gets Another Reshuffle As Turkey Is Removed

We all knew that when F1 announced their first edition of the 2021 calendar, it seemed fairly impossible that it would remain in that exact order. Sure enough, we were right with races being announced as postponed or cancelled just a few days into the new year.

After moving the Australian Grand Prix to November, removing the Chinese Grand Prix and replacing it with races in Imola and Portimao, there are yet more changes on the way. After rumours started to circulate about the Canadian Grand Prix being cancelled for a second consecutive year, it was shortly confirmed by F1 that this was, in fact, true.

Fans were devastated, but F1 announced that Turkey would make a welcome return after providing us with one of the most entertaining races in 2020. However, with constant changes to travel restrictions, it’s been revealed that the race which was brought in to replace a cancellation has also been cancelled on that June date too. You still with us?

BREAKING: Due to travel restrictions, it is unfortunately not possible to race in Turkey in June

With Turkey now removed, it means the French Grand Prix has been moved forward a week, and we will instead get another double header in Austria!

This means we will have the Styrian Grand Prix happening on the 25th-27th June, with the Austrian Grand Prix taking place on the 2nd-4th July; its original slot.

“We were all looking forward to racing in Turkey, but the travel restrictions in place have meant we are not able to be there in June,” President and CEO of Formula 1, Stefano Domenicali, announced in a statement.

“F1 has shown again that it is able to react quickly to developments and find solutions, and we are delighted that we will have a double header in Austria, meaning our season remains at 23 races.”

Although we are totally bummed about losing Turkey, we had some banging races in Austria last year so let’s hope for more of the same. The race also isn’t officially ‘cancelled’ so we could see it back again. Just like China did earlier this year, Turkey have asked that the race could be rescheduled later this year if we see more cancellations.

We just ask that we can all get back to Turkey at least once more. Pleaaaaaaase 🤞 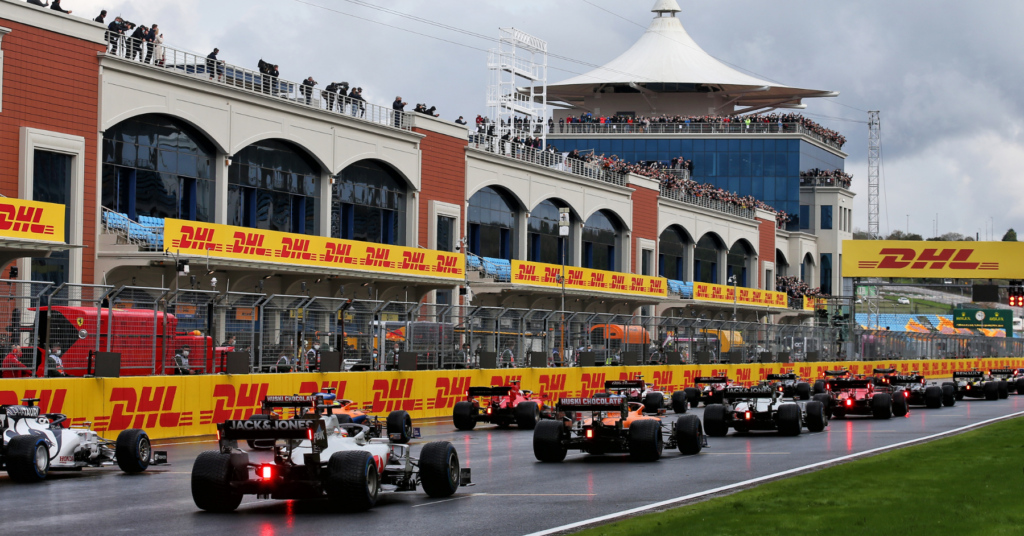