The F1 Champions Who Amazingly Never Won The Monaco GP

Monaco is the race that everyone wants to win, but obviously, not everyone can. Given the demands of the race, you’d imagine that some of the sport’s most talented and successful drivers – the World Champions – would each have won there at some point during their careers. However, that isn’t the case.

In fact, 14 of the 33 Formula 1 World Champions went their whole careers without a win in the Monaco Grand Prix (well, technically 13, but we’ll get to that later).

Despite sitting seventh in the all-time wins list, none of Mansell’s 31 grand prix victories came at Monaco. He did come close a couple of times – in 1987 he led almost half for the race from pole before he was put out with turbo failure, and in 1992 he was dominating until a late-race puncture forced a pit stop. That dropped him behind Ayrton Senna, and despite Mansell’s Williams being way, way quicker, he couldn’t find a way past and he finished second. He also finished second in 1991, and in 1984 he led for Lotus before spinning out.

There’s an argument for Jim Clark being the greatest F1 driver of all time, yet he somehow never finished on the top step in Monaco. Granted, it was the 1960s and Graham Hill was busy winning there five times, but you’d think Clark could have mustered one Monaco victory, right?

Apparently not. Three times he started from pole (in fact, the 1962 event was the scene of his very first pole), and in 1963 he led half the race before retiring with gearbox failure. He’d have probably had a chance to do so in 1965, but he was too busy winning the Indy 500 instead. Amazingly, Clark never even scored a podium at Monaco, his best result being fourth in 1964.

Three world championships, 23 wins, and 13 Monaco GP starts. Yet, like his great rival Nigel Mansell, Nelson Piquet missed out on victory there, finishing second on two occasions. He could have won in 1981: after starting from pole and leading the first 58 laps, he then threw it all away by spinning out. Whoops.

It was never a track he was particularly brilliant at, and he often qualified rather poorly there, even with decent cars. But perhaps a bigger reason why he (and Mansell too) never managed a win was the sheer dominance of Alain Prost and Ayrton Senna, who won Monaco 10 times between them from 1984 to 1993.

Despite having a relatively short career, Hill enjoyed the best equipment Williams had to offer throughout the 1990s, but bad luck prevented him winning the Monaco GP even once, let alone five times like his father.

He finished a distant second in 1993 and 1995, but the closest he came to winning was in his title year of 1996. Hill shot off into the lead and was dominating in mixed conditions when, on lap 41, his Renault engine failed, denying him what would have been an emotional win.

Fittipaldi finished on the Monaco podium every year from 1972 to 1975 and came close to winning on two occasions. In 1973 he was just 1.3 seconds behind Jackie Stewart, and in 1975 he was rapidly homing in on Niki Lauda’s ailing Ferrari but ran out of laps to try and make a move.

Any further hopes of winning (not just at Monaco, but everywhere) were dashed when he made the switch from McLaren to his own team in 1976 – though the track was the scene of his final F1 point in 1980.

Ascari’s place on this list is for slightly different reasons than anyone else: he didn’t win at Monaco because he barely had the chance to race there. He was runner-up in 1950 (his and Ferrari’s first F1 race) but during his dominant championship years of 1952 and 1953, Monaco wasn’t on the calendar.

The race returned in 1955 and it was one that Ascari could have won. With 20 laps to go, he was about to inherit the lead from a broken-down Stirling Moss when he famously crashed and ended up in the harbour. Apart from a broken nose Ascari was unhurt, but sadly it turned out to be last grand prix – he died four days later in a testing crash at Monza.

Despite an F1 career which spanned 15 years, Mario Andretti only raced at Monaco eight times as in the early part of his career he often skipped it to go and race at the Indy 500 instead. But when he did race there, his results weren’t all that great – he even failed to qualify in 1971.

His best result was a lowly fifth place in 1977. The following year (his championship-winning season) he managed to qualify fourth, but slipped way down the order after a lengthy pit stop to have a fuel leak fixed.

Like Damon Hill, Jacques Villeneuve was unable to follow in his father’s footsteps and win the Monaco Grand Prix, despite having a top-notch Williams at his disposal – though to be fair, his two best chances ended up being crazy wet races.

In 1996 he crashed into a backmarker late in the race while running fourth, and in 1997 he hit a wall early on and was out. Seeing as those two seasons comprised pretty much the entirety of his competitive F1 career, those would be his best two chances. Fourth for BAR in 2001 was a solid result, but that, along with a fifth place in 1998, would prove to be the only occasions where he scored points in the Principality.

Monaco victory escaped 1980 world champion and 11-time race winner Alan Jones, though he did come close – very close. In 1981, he took over the lead after Piquet spun out, was absolutely miles ahead, and looking set to win. However, the Cosworth engine in his Williams was struggling to take on fuel and he had to pit for repairs. He rejoined in the lead, but the repairs hadn’t worked – four laps from the end, Gilles Villeneuve took his bus of a Ferrari past to score a famous victory.

1958 World Champion Mike Hawthorn not only failed to win at Monaco, he never even managed to finish a race there in four attempts. In his championship year of 1958, Hawthorn briefly led before the fuel pump in his Ferrari gave out.

Technically, Farina is a Monaco winner, having won the 1948 event two years before the formation of the World Championship, which he won in 1950. For the same reason as Ascari, Farina only started two World Championship races at Monaco – in 1950, he was one of the drivers eliminated by the sudden wave from the harbour, and in the 1955 event he finished fourth.

Surtees made his F1 debut at Monaco in 1960, driving for Lotus. He ending up retiring, which would be a familiar story for his appearances in the Principality – he failed to see the finish in seven of his 12 starts, including during his championship year of 1964, with a trio of fourths proving to be his best result.

Hunt had an even more miserable Monaco record than Surtees. He finished ninth in 1973 (also his first F1 race) but then retired from the race on each of the six other occasions that he raced there. It may well have been a circuit that he simply didn’t get on with – his best grid position was only sixth, and in his championship year of 1976 he started down in 14th.

In 1979, Hunt’s career ended where it had started. His Wolf broke down after just four laps and he retired from the sport soon after.

The 1961 World Champion had some fairly decent results at Monaco – third in 1960 and 1961, and then a close second to Bruce McLaren in the 1962 race. He also had a fourth and a ninth, ensuring a 100 per cent finishing record at the track. 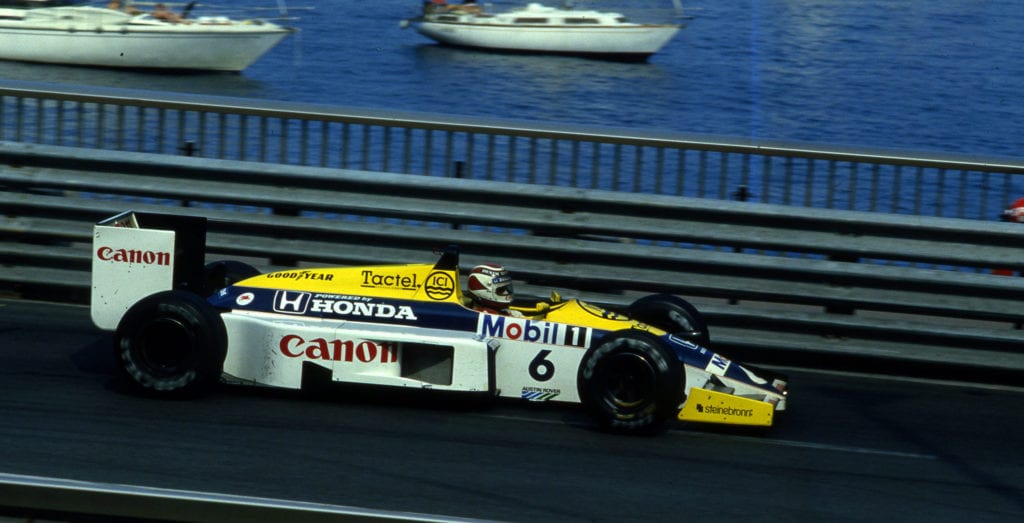