The all-new sprint qualifying format is just around the corner, with the first event just weeks away at Silverstone. There have been plenty of questions asked, with F1 and the FIA clearing up some of the mystery behind the new format.

With regular qualifying now being moved to a Friday evening and ‘Sprint qualifying’ being introduced on Saturday at three F1 races this season, it has left many people scratching their heads as to who actually qualifies for the ‘pole position’ award.

It turns out that it’s the winner of the ‘Sprint qualifying’ that gets the award. So, if Charles Leclerc sets a great lap around Silverstone for normal qualifying and goes fastest on the Friday, it won’t be classified as a pole position.

However, if he manages to keep the grid away and finishes the Silverstone sprint qualifying race first, that counts as a pole.

This makes sense, really, because pole position is technically the position the main Sunday race is started from. It’s just a longer road to get there.

It will probably make the Q3 shootout, which can be brilliantly exciting, feel a bit weird because it’s just a grid that decides the sprint race. But we’ll see at the time, won’t we?

F1’s Managing Director for Motorsport, Ross Brawn, cleared it all up: “It’s the person who finishes a sprint in first place. It’s the one who is on the front of the grid and has pole position for the race, the Grand Prix, on a Sunday. That’s what we’ll count statistically towards the number of poles because it’s the sprint qualifying.

Brawn also hinted at some of the new plans around the sprint race, which we don’t know much about yet.

How is the build-up going to work? Are we going to get grid walks, a national anthem? We’re all very used to the interviews on the grid with the top three after normal qualifying, but this is going to be something all new.

“We’ll just keep that in the bag, but there are some fresh things that we’re doing with the sprint, which I think will be nice to try,” he said.

What we do know is that there won’t be a podium, and the top three places will get points. Three for the winner, two for second and one point for third. They’re going to announce everything else officially in the run-up to the first sprint.

There is obviously a lot of apprehension for sprint qualifying, as F1 fans, we’re terrified of change, but Ross is quite optimistic: “We’re going to have a real competition on a Friday, a new competition on a Saturday, and all of that should enhance the Grand Prix on the Sunday.”

What are your thoughts on the Sprint Qualifying? 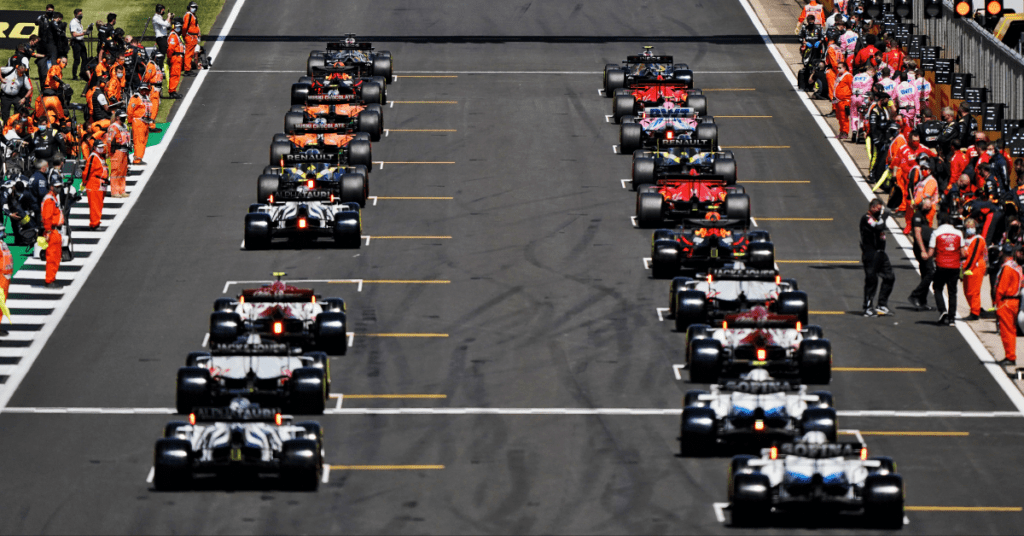