It has certainly been a strange silly season so far. We have had Fernando Alonso return from ‘retirement’, Sebastian Vettel being binned from Ferrari before being announced as the new driver at Aston Martin next year, Carlos Sainz getting the call up at Ferrari and Daniel Ricciardo jumping into a McLaren after a two-year stint at Renault.

But it is not over yet – in fact, far from it. With more new rumours or theories being shared and still seats to be filled for 2021, the WTF1 team have broken down all the gossip on driver moves that are circulating in the paddock at the moment.

Let’s start with Williams and the rumour that has most people asking “what the hell is going on?”. George Russell and Nicholas Latifi, the current line-up at Williams, were both confirmed to have signed contracts for the 2021 season back in July this year. All seemed calm and unproblematic until a rumour began to circulate last week suggesting that Russell could be pushed out to make way for Sergio Perez.

Uh, excuse me? Russell, who signed to Williams on a multi-year contract until 2021, was talked about as a Mercedes F1 driver of the future and could now be left without a drive!

It’s no secret that Williams is in desperate need of money, with their announcement earlier this year that they had sold their F1 team to a US investment company. Perez has that money from personal sponsors and is a super experienced driver on the grid that currently doesn’t have a seat for next year.

This rumour has also added to the confusion on what a ‘confirmed seat’ actually seems to mean. It wouldn’t be the first time this season that a driver with a seat for next year has their contract prematurely ended, with Perez being the perfect example. He had a ‘confirmed’ seat until the end of 2021, but as soon as space was needed for Sebastian Vettel, Perez was told he needed to leave Racing Point to make way for the four-time champion. Savage, right?

Unfortunately, this isn’t the first time a young, talented and upcoming driver with support from Mercedes has been messed around. Similar situations have occurred with Esteban Ocon and Pascal Wehrlein before him in recent years.

Speaking of Ocon, his time at Renault – soon to be rebranded Alpine F1 Team – could be coming to an end thanks to fellow compatriot and rival Pierre Gasly, which would only add to the beef that these two have.

Although this move is more likely to happen in 2022 when the new regulations come into place, it is a pretty plausible idea if Ocon’s pace doesn’t improve. The 42 point gap between current teammate Ricciardo means that if Ocon doesn’t perform well against new teammate Alonso next year, Alpine might be wanting to look elsewhere for another driver, and who better than recent race winner Gasly?

Gasly might also want to be part of a works team in F1 after Honda announced they would be leaving at the end of the 2021 season. Why race for a team likely to be supplied by Renault power units, when you could just go and race for Renault directly?

Aside from Kimi Räikkönen probably racing in F1 until the end of time, it looks like Alfa Romeo might be welcoming a new driver for 2021. Although no seats are confirmed yet, many believe that F2’s Mick Schumacher will be joining a Ferrari-powered team for next year and Alfa Romeo seem like a sensible option.

The son of 7-time F1 champion Michael Schumacher, Mick is currently leading the F2 Standings, with four races left of the season.

The pairing of Schumacher and Räikkönen would prove a combination of talent and experience, but leave underperforming Antonio Giovinazzi without a seat and no obvious team for him to race for next year unless he stays at Alfa Romeo. Although Giovinazzi’s season started well scoring points at the first race in Austria, his performance has since taken a dip, but did manager to get into Q2 during qualifying at the Nürburgring and scored points during the race. Could Alfa Romeo want to keep an Italian associated with the team?

Despite spending hours moaning about the pairing of Romain Grosjean and Kevin Magnussen, smashing doors on Drive To Survive and countless occasions when the drivers have crashed into each other, Haas continues to keep consistency and sign both drivers. Perhaps, this will end for 2021.

With Callum Ilott meant to be testing for the team in FP1 at Nürburgring, and drivers such as Nico Hülkenberg and Perez being linked to the seats, Haas is the team on the grid that has the biggest possibility for a total driver swap. As a result, a new driver is linked to a Haas seat every week.

There is even talk of F2’s Nikita Mazepin joining the team for the 2021 season, with an apparent super-licence being ‘the only thing getting in the way’. His dad is thought to have approached Haas and offered to buy shares in the team to sweeten the deal. Hmm… dads buying race teams for their son’s to compete in. I feel like I have heard that one before. *cough* Stroll. *cough*

It seems like everyone and their next-door neighbour has been linked to one of the two Haas seats. Maybe with their links to Ferrari, Haas will welcome someone from the Ferrari driver programme such as Schumacher or Ilott, partnered with either  Grosjean or Magnussen.

Let’s be honest, they will probably be boring and choose Grosjean and Magnussen again but I hope to be proved wrong.

This one all depends on what Red Bull decides to do with Alexander Albon. Do they keep him in the team for some consistency and stability despite his poor performances, bring back Gasly, or even search outside of the Red Bull talent programme for someone like Hülkenberg or Perez?

Either way, Daniil Kvyat’s disappointing results compared with teammate Gasly’s makes it look less likely that he will be able to hold onto his AlphaTauri seat for next year.

F2’s Yuki Tsunoda is the most plausible candidate for the AlphaTauri seat next year, despite Honda’s decision to leave F1 at the end of 2021. Tsunoda will get a chance to test the car at Imola in next month.

For a full breakdown of our thoughts on the Red Bull seat, you can read our latest blog post about who will partner Max Verstappen in 2021 right here.

Oh, we haven’t even mentioned Lewis Hamilton yet. Yep, the GOAT still hasn’t signed a contract for 2021. It seems very likely that he will remain in F1 racing with Mercedes, but imagine if he equals Schumacher’s 7-championship record and drops the bombshell that he is leaving F1 for good.

By the time we publish this article, there will probably be even more rumours about the 2021 silly season. Perhaps we won’t even know who is going to be driving for which team until the cars are all lined up on the starting grid for the first race of next year.

Who even knows when that will be, anyway?

Who do you think will be on the grid for 2021? Let us know in the comments below. 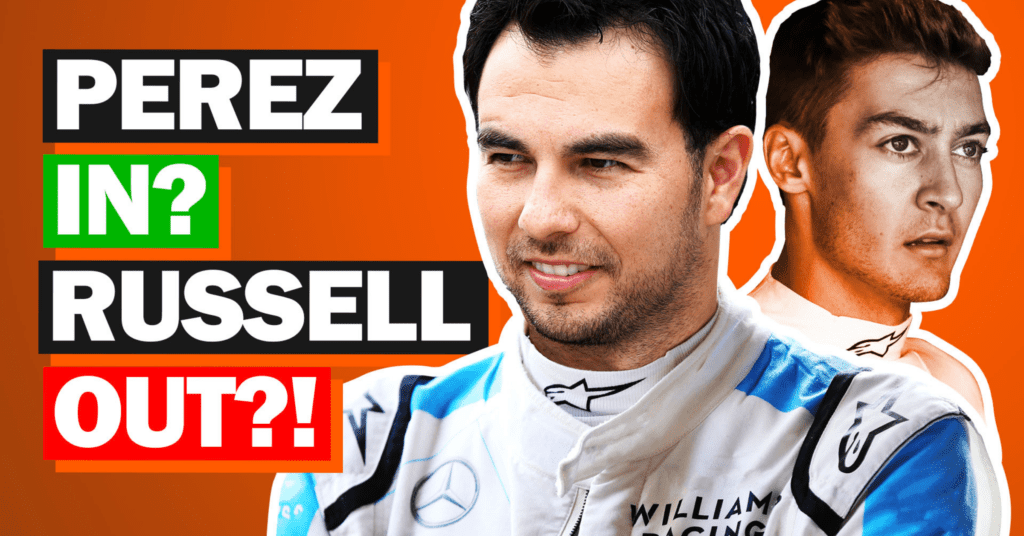