F1 Doesn’t Even Bother To Look At American Series, According To Max Chilton – WTF1
Skip to content
×
Formula 1 , Indycar , News

F1 Doesn’t Even Bother To Look At American Series, According To Max Chilton

There’s been a bit of an uproar over the last few days following some comments from Haas team principal Gunther Steiner, who claimed that there currently aren’t any drivers from America who are good enough for F1. This enraged a few IndyCar drivers and prompted the legendary Mario Andretti to sum up the situation nicely.

Is it the case that drivers on the single-seater ladder in America simply aren’t good enough? Not according to former Marussia driver Max Chilton. He’s been racing in IndyCar since 2016 and having seen the skills of his rivals there close up, he doesn’t think it’s anything to do with talent.

Instead, he thinks F1 teams don’t even consider what’s going on in the US because they’re too focused on the European racing scene. He told ESPN:

“They rarely look at other drivers away from who’s racing in Europe. That’s wrong, I don’t think there’s [another] reason why they don’t [look to IndyCar].”

Whilst IndyCars aren’t as technologically advanced as F1 cars, there are plenty of similarities. Drivers have to keep the pace up and manage tyre wear and fuel use across a race whilst also needing to adapt to potential strategy changes (of which there are many in IndyCar, thanks to the number of caution periods). Add in the fact that the previous generation of car produced downforce levels comparable to those in pre-2017 F1, and you’ve got a series which is probably closer to F1 than F2 is.

New Zealander Scott Dixon is probably the best when it comes to stringing together all the qualities of being an IndyCar driver and a number of times his fellow drivers have said he’s good enough to be successful in F1, Chilton being one of them:

“Scott Dixon, who was my teammate last year, I think he’s one of the best drivers in the world and he could give anyone a run for their money in a Formula 1 car – but no one has ever given him a look-in, like when there was a seat going at Mercedes.”

“It needs a culture change for them to look at IndyCar drivers as a possibility, and I hope there is because there are world-class drivers that are being wasted and could be doing even bigger things in the public eye in Formula One and doing better than some of the people already there.”

Being ‘wasted’ is a bit of a strong term, as I’m sure there are plenty of IndyCar drivers who would rather stay put and compete for wins and championships than ‘do a Sebastien Bourdais’ and risk it all for a move to a lower-midfield F1 team. Even Josef Newgarden, who openly said he’d like to race in F1, said he’d only do it if the right opportunity came up.

There’s no doubt that IndyCar (and other American series) has plenty of talented drivers, but the modern F1 way is for teams to recruit young drivers to their junior programmes and prepare them for F1 over a number of years, rather than simply plucking good drivers from other championships as occasionally used to be the case. For that reason, you’re about as likely to see someone like Graham Rahal in an F1 car as you are a WEC driver like Brendon Hartl- hang on a minute… 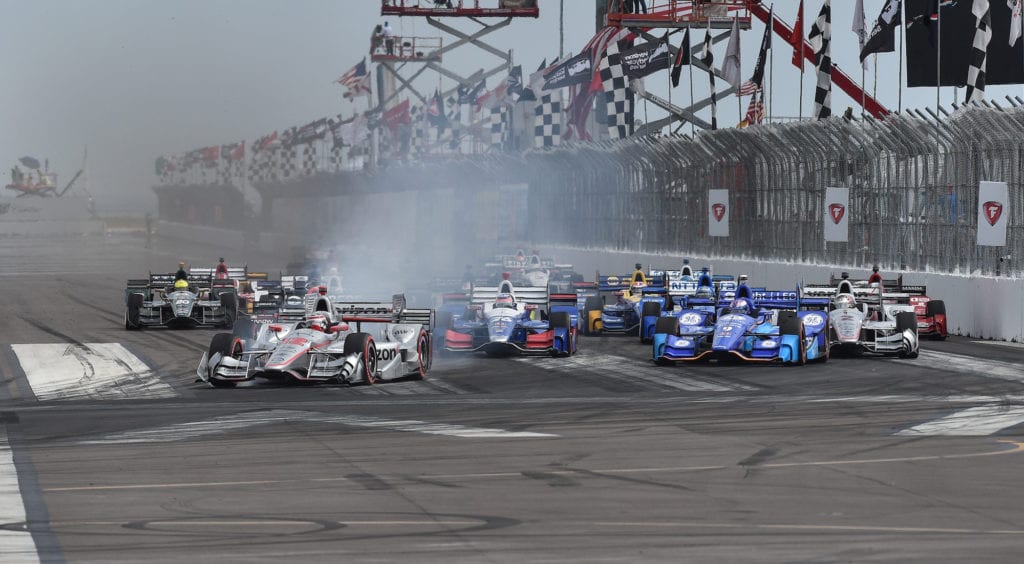