F1 Drivers Are Having A Meeting To Discuss The Problems With The Sport – WTF1
Skip to content
×
Formula 1 , News

We’ve already had the FIA and Liberty Media outline their goals for the future of the sport. Then the teams got involved and said ‘actually, that’s not good, we want this’ and then sat down to discuss ways to improve the show.

Now the drivers themselves are getting together to have their say. They’ve apparently had enough of certain aspects of the current state of F1. As a result, the GPDA is having a meeting this weekend to have a chat, air their issues, and decide whether they need to get involved with future rules. GPDA director Romain Grosjean said:

“I feel, and I don’t want to speak for everyone else, but I feel like we need to give our feedback and maybe try to do a bit more because the races aren’t fun. P6 in Mexico is two laps down? How do you hope to see a midfield car on the podium if they are one or two laps down?

“The delta between the big teams and the small teams is too big. Plus the tyres being so complicated to understand, to drive, if you don’t have the downforce you destroy them and you open the gap again.”

“If we get to somewhere where everyone is happy with what we have discussed, and we have got bullet points, then we should move them forward to you guys, to Liberty or whoever. [It’s important] we don’t sit back and don’t do anything for the sport we love.”

Bullet points? Sounds like the sort of thing you’d add into a PowerPoint presentation. George Russell is clearly going to be a fine addition to the GPDA next year!

The midfield gap, though? Yeah, that desperately needs addressing. Having 14 of the 20 drivers heading into a weekend knowing that a podium is going to be virtually impossible is not a good thing. Tyres are always going to be an issue, though – if they’re too hard to manage then drivers complain about having to go slowly; if they’re too easy to manage then fans complain that there isn’t enough strategy.

With so many segments of the F1 community having a say in the future of the sport, it can seem like a case of too many mechanics spoiling the pit stop, so to speak. It is very important that the drivers have a voice, though – after all, they’re the ones actually driving the cars, so you’d imagine that they’re reasonably well-placed to understand any shortcomings. 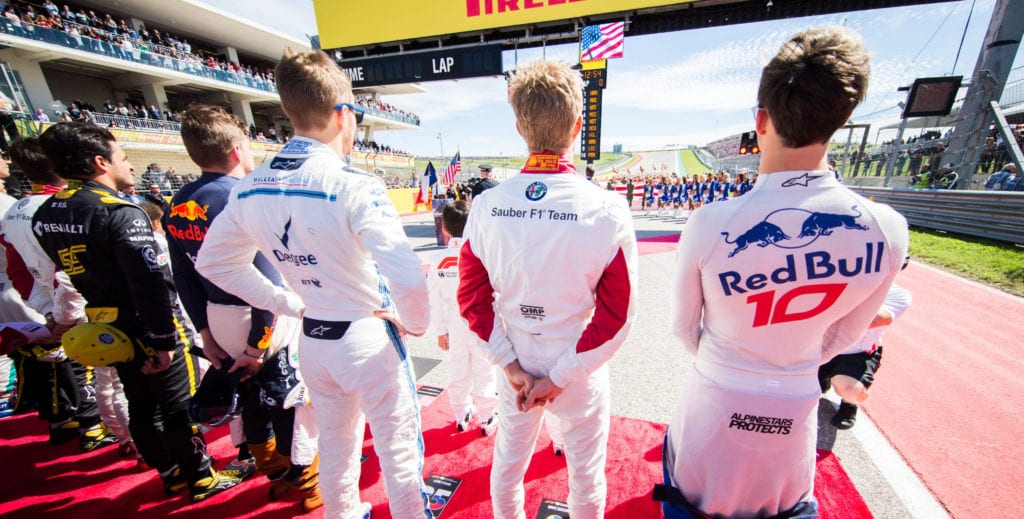