F1 Drivers Are Optimistic That The New Aero Rules Will Improve The Racing – WTF1
Skip to content
×
Formula 1 , News

The small aero changes that have been made to the 2019 cars (namely the wings and bargeboards) can almost be seen as a kind of preview for the goals of the sweeping regulations that will come into play in 2021. The idea is to reduce the dirty air effect and make it easier for cars to follow each other, which – hopefully – should improve the racing.

Not everyone was a fan of the change. Some teams claimed it had been done based on lobbying from rivals and cited that the costs of development were a huge negative for something that, as some engineers predicted, wouldn’t make much of a difference. And yet, despite the fact that the teams already appear to have made up for the reduced downforce and produced cars which could well be the fastest ever, early reports from testing are that the changes could actually work.

Speaking after the first day of the second test, Kevin Magnussen highlighted that following another car on track felt different – in a good way. He told F1.com:

“I followed a car today and it really, really feels a lot better than last year. A lot of people were saying it wouldn’t make any difference. It’s not a big difference but I could actually follow, so it will be interesting to see. I was a lot faster than the guy I was following, and the lap that I caught him, I got past him. I must have been around two seconds faster – in which case you would have also passed him last year, I think – but feeling the car behind the other car felt different, much better than last year, I would say.”

Sergio Perez was also optimistic, though admitted that the true test would be at the first race, telling Motorsport.com:

“Certainly I feel that you lose less downforce. So I think so far I’d say that F1, they have done an incredible job at the moment with the rules. We will see in Melbourne really, what it’s like racing with other cars around you with similar pace and so on, but I really hope the show can be a lot better.”

Valtteri Bottas was another driver who said he felt a difference in the way the car felt when following other drivers but felt that the biggest difference would come as a result of the new, larger rear wings:

“I feel it’s a bit better, it just felt a bit more consistent. Like the car felt predictable still, following another car. I think that’s good. The bigger effect is maybe the cars being more draggy and more of a tow effect on the straights. It’s going in the right direction, it’s going to be easier to pass if you have the pace.”

The racing over the last couple of years could hardly be described as bad. While there were plenty of borefests, there have also been some genuine classics. Sure, a lot of those can be put down to drivers running different strategies or safety cars shaking things up, but the cars at least raced well enough to allow for enough overtaking.

The rule changes should hopefully provide a few more opportunities and improve the chances of something happening in those races that would typically have been incredibly dull – and that’s a good thing. We’re just hoping that DRS doesn’t end up being overpowered and ruining it all. 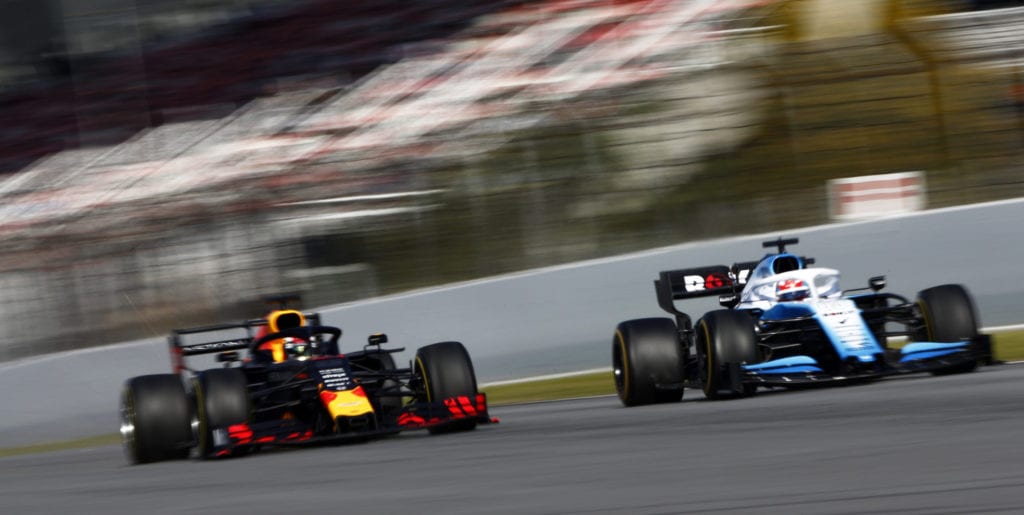