F1 Drivers Disagree About Whether The Halo Helped Leclerc

Following the race, several people from the F1 and motorsport community spoke out in praise of how the Halo did its job and protected Leclerc’s head from Fernando Alonso’s flying McLaren.

The clearest footage came from an onboard from Brendon Hartley’s car and gave a pretty clear impression that the Halo did indeed deflect Alonso’s wheel away from Leclerc’s helmet. Charlie Whiting also suggested it was likely that the Halo prevented the crash from being much more serious.

Naturally, the issue has been a hot topic of conversation ahead of this weekend’s Italian Grand Prix. Surprisingly, not everybody was as quick to praise the Halo’s role in the crash as many others were. Max Verstappen believed it wouldn’t have made any difference, and was quoted by RaceFans as saying:

“The car never really virtually drops on top of someone else, it would always skid over the top. But because the Halo was sticking out so much, of course it gets hit. The more you build in front of a driver, the more chance it can get hit. I think even if the Halo hadn’t been there he wouldn’t have been hit anyway so I think they made it too dramatic.”

Nico Hulkenberg (who caused the crash in the first place) admitted that whilst he still doesn’t like the Halo, he appreciates the role it played in the accident, saying during the press conference:

“I think whilst I am still not a big fan of Halo and the device, I have to see the facts and admit that it does bring something to F1, especially the safety we appreciate in the car. So, divided, mixed feelings about it still, but it is not down to me anyway, and it is what it is.

“We can only speculate on what would have happened without it, but it looks pretty clear from the point the tyre marks were all over the Halo. So from that point of view it has done a very good job to keep the head safe.”

Like Hulkenberg, Kevin Magnussen was another staunch critic of the Halo in the build-up to the season, but even he admitted that it had done a good job.

“I am just happy that no one got hurt – and you know in reality no one wants to get hurt and no one wants anyone else to get hurt. So that’s really the end of the story.

“But you know it doesn’t change the fact that my idea of Formula 1 is without Halo, like my idea of motorbike is two wheels. But then of course you ask yourself, when you see that the Halo just saved a life, you are not going to say ‘oh, I wish it wasn’t there’. Of course you’re happy that it was there in that case.”

Given that he was the guy in the car, Leclerc was definitely happy for the Halo. Although he wasn’t sure if it helped in this specific case, he said it’s proved why head protection is needed in the sport:

“Looking back at the images, we cannot know what will have happened without it, but obviously I was quite happy to have it over my head. And it deserves to be in F1 now. Whether it looks good or bad, I don’t think that matters any more.”

But the most vocal in his praise for the Halo was Daniel Ricciardo. He felt it definitely saved Leclerc and it reinforced his belief in the need for the sport to have introduced something. As per RaceFans:

“I think Hartley’s onboard was the most telling one. You can see Alonso coming from the side, it looked like he was coming over the top but it came in from the side. It was going to be very close if the Halo wasn’t there. I think it did what it had to do and I think it’s nice for people who didn’t support it maybe because at least now we’ve got proof that it likely saved Charles probably a very serious injury.

“I feel I was always ‘for’ the head protection. I don’t think any of us were ‘for’ the look of it. I was always one to say, especially after [Justin] Wilson’s crash in Indy, I think it was in Monza that year, it was pretty clear. I was a bit vocal about doing something.”

The FIA is in the process of conducting a full investigation, both to see whether it did help or not, but also to see how the structure coped with the impact so that knowledge can be applied to the next version of the Halo, which is already in development. 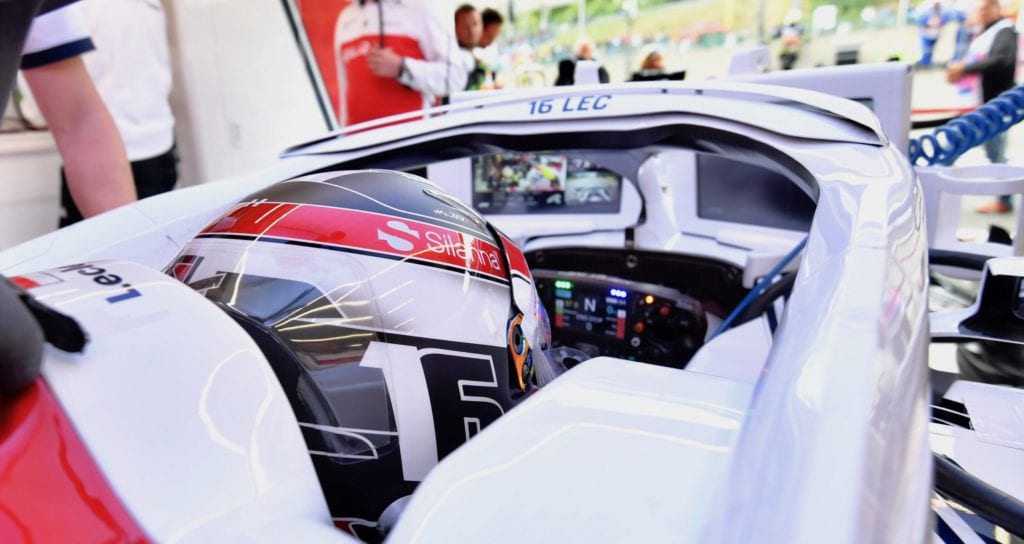