F1’s halo being brought in for next season sparked a huge debate between fans, but they’re not the only people with mixed opinions on the cockpit protection device.

Drivers have also had their say in the Hungaroring paddock, with some like Sebastian Vettel being for it, while others – for example, Nico Hulkenberg and Kevin Magnussen – aren’t fans.

So, we’ve compiled a load of driver opinions on the halo from press conferences and media sessions at the Hungaroring.

“For sure you need to get used to it, but at least it doesn’t impact on vision [like the shield]. Overall you need to understand that it’s a decision that helps us in car in case something goes very wrong. For sure if you look at Formula 1, the way F1 cars look and so on, I can understand if people say that it doesn’t belong on an F1 car. But, on the other hand, I think times are changing, you are moving forward.

“If you offer the system as it stands, with the power it has to give us additional protection… offer that to Justin Wilson, sometime ago, then I think he would take it, and we would all be happy to take it, to help save his life. We can’t turn back clock, but knowing that something is there that helps us in certain situations, it would be ignorant and stupid to ignore.”

“I think first is the safety. If this device can help in many of the fatal accidents that we had in the last 10-15 years, we are all happy to implement the device. With the aesthetics, I don’t care too much, to be honest. Formula 1 has changed a lot.

“I was never a big supporter of halo or of additional head protection. I’m still not but it’s not my decision, it’s the FIA making the safety rules and requirements. So, it is what it is, I will accept it and get on with it.

“It will protect against something, the freak accident, accidents that’s one out of a million. We have security and the protection of the cars gets better, so I’m not sure that this additional protection is necessary because all the other areas keep improving and we’ve compromised the looks quite a lot.”

“I think it’s positive, the FIA has done a good job to really look into it and if this is a best solution at the moment I think it’s a no-brainer to go for it for next year. If it can save someone in the future, it’s great. Also, I tested it last year and when I drove with it I didn’t really notice it all, so I think it’s a good thing that it’s not going to change anything when you drive, that you have the same feeling when you drive.”

“I don’t like it but of course at the end of the day you have to respect the decision of the FIA. I think since we introduced the Virtual Safety Car, that reduced a lot of risk when you are speeding under the yellow flag in the race and then also with the wheel tethers, they are quite strong at the moment so I don’t think you will lose a wheel very easily, and when there are parts flying around from the car, it’s not really going to protect you. So, I don’t really understand why we should need it.”

“I’m in favour of it. Whatever has to do with safety, safety always comes first. I think if we had the halo by now, the last six, seven years it will have saved at least a life. That’s worth the risk that the FIA is taking with that. I think halo needs a lot of work by now – but I’m sure the system will be improved a lot.”

“I’m also against it. I don’t think it’s what F1 is about. It takes away some of the passion that F1 is talking about. When you look at the car and it is ugly, F1 cars aren’t meant to be ugly. That is the reason that a Ferrari is more exciting than a Mazda. It is something to do with passion. If it looks shit, it is shit…”

“Yeah, I think aesthetically it’s definitely not the nicest thing we’ve put on the cars and I think a lot of people agree with that – but we’ve been pushing to improve cockpit safety, to improve head protection. I think the FIA have done a lot of investigations on what would be the best solution, and for them that was the best solution.”

“Personally, I think it was a sad day for Formula 1 when it was announced – and I am still against it. I don’t think it’s got a space in F1. As a GPDA member and director, as a driver, I need to thank the FIA for all the research because the research has been pretty strong, the halo is a strong device against a lot of cases.”

What do you make of it? Let us know in the comments! 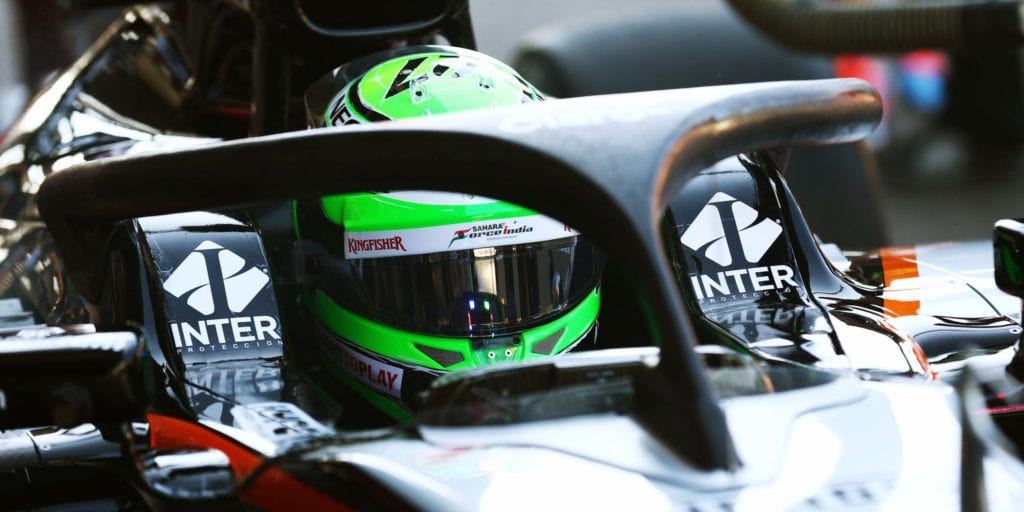