F1 Drivers Have Their Doubts Over The Potential Spectacle Of The Dutch GP – WTF1
Skip to content
×
Formula 1 , News

There have been mixed opinions over the coastal circuit’s return to F1 after what will be a 35-year hiatus, with the awesomely fast and undulating layout set to be a spectacle to behold on low fuel, fresh rubber, balls-to-the-wall qualifying runs; but, given the fact it has hosted some boring Formula 3 races, scepticism over Sunday’s action is understandable.

Ricciardo is no stranger to Zandvoort, having raced there in his F3 days and also been a part of the ‘Max Verstappen celebration days’ with former team Red Bull. The Australian believes that the narrow track and the make-up of a modern F1 car could turn the race into a bit of a procession. And Formula 1 hasn’t had one of those for at least three days.

“Full honesty here, the track to drive on is pretty awesome. It’s high speed, it’s old school, big balls. From a driving point of view, it’s fine. But how fast it is and how narrow some places are, I don’t think it would be that exciting for overtaking – just my initial feeling. With the speeds we go now, following another car will be very difficult. That’s my reservation with it. I think it’ll be a very processional race, otherwise the track’s cool.

“I’m a bit torn. To drive on it’d be fun but to race – with the width of the cars now it’s probably a bit like a street circuit through some places. It’ll be tricky to make a really exciting race. I only drove a demonstration [in an F1 car], but I raced there in F3, and it keeps your eyes open. Big balls.”

Dutch-speaking Hulkenberg actually won that F3 race back in 2008, so the track holds more of an emotional connection to him. However, he concurred with his teammate’s worries and recalled that it was very difficult to overtake – even in smaller, lighter machinery with more resilience in the face of turbulence.

“Good memories of a cool track, a great location, and obviously Dutchies are always fired up and ready for a good party. Scheivlak was a corner where you had to be brave and ballsy, I’m sure that’s going to be massively quick in F1, so it’s going to be fun and interesting to see these cars there. But even in F3 [overtaking] was almost an impossible task. The track layout was not the most inviting for overtaking and racing, unfortunately.”

Toro Rosso’s Daniil Kvyat also waxed lyrical about the track itself, saying that, back in his F3 days, it was his favourite. As for bearded warrior, and two-time Zandvoort F3 winner, Valtteri Bottas, he says ‘bring it on’.

“It’s a great circuit, an old school circuit that drivers love. Making mistakes there in the high speed section can be very penalising, and we feel we are a bit more risking ourselves in that track, which is a nice feeling for a driver. I look forward to it. Even in F3 races there was a lot of people, a lot of spectators, good atmosphere. I have good memories from there. It’s going to be nice.”

Speaking of the seaside location, if we get the right helicopter shot we might even see one Mr F. Alonso parked up on the beach in a deck chair, just a stone’s throw away from the grandstands… 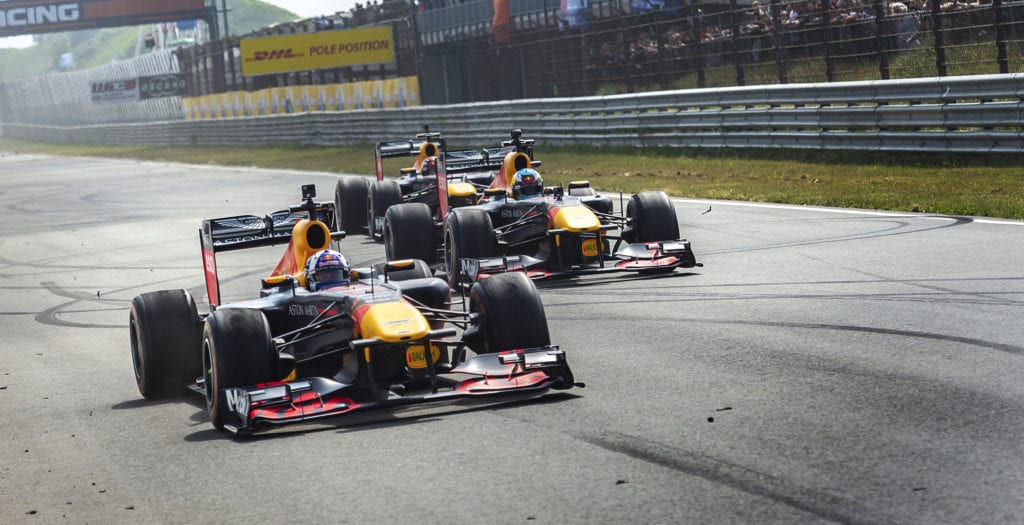