The 24 hours of Le Mans 2021 is here! This weekend, one of the greatest races on the planet will be run for the 89th time. It’s honestly a magical event and should be way up on everyone’s motorsport bucket list, drivers and fans!

Even if F1 is the dream, Le Mans has a sentimental draw for every driver and some big names in F1 have swapped single seaters for sportscars to have a go at the famous race. Some F1 drivers racing in Le Mans have been huge stories like Fernando Alonso and Nico Hulkenberg who won it whilst they were active in F1!

But here are some F1 drivers you never knew took part in Le Mans!

2009 champ JB gave Le Mans a go in 2018, two years after he left F1. He was signed up by SMP Racing because he wanted to have a crack at it. They had the pace to match their rivals but retired with an engine issue. That’s Jenson’s only Le Mans venture but in some other endurance races for SMP he did better getting a podium at the 6 hours of Shanghai later on. Maybe he’ll come back for another go in the future!

It’s not surprising you didn’t know Antonio did Le Mans, we barely notice him in F1, poor guy. During the time after he left F2 and before his full time F1 drive, Antonio was involved in the Ferrari GT team at Le Mans. He was racing well in the podium positions but eventually finished 5th in class. He also raced in the Virtual Le Mans during the lockdowns last year with Charles Leclerc as his teammate but they had a bunch of issues and finished way down the order.

🔟: in 2018 we welcomed Juan Pablo Montoya to our Le Mans 24 Hours team – another well known name to join the list of drivers who have raced for the team.

He raced alongside Will Owen and Hugo de Sadeleer and finished third in the #32 Ligier JS P217#BeUnited #10yearsofUAS pic.twitter.com/WOFICJWMnd

Juan Pablo Montoya is one of those drivers whose had a go at pretty much everything and has been quick every time too. He’s won the Indy 500 and the Monaco GP so Le Mans is the only thing left on the list for JPM. He’s raced in the second class category (LMP2) twice and is back this year. He’s done very well in whats an unbelievably competitive field and in 2018 he came third in class. He’s ready to fight again this year has said he really wants to try and win!

Vandoorne was straight into Le Mans after he left F1. He took over Jenson Button’s seat at SMP after Button left to focus on his family and at his first Le Mans he finished in third place on the overall podium! Only the all powerful Toyota cars were ahead of him and his teammates. Stoff is back in 2021 as well racing for the JOTA team with F2 driver Sean Gelael and Formula E rival Tom Blomqvist, he’ll also be in the LMP2 category.

Paul Di Resta has had a couple of goes at Le Mans and last year he only went and bloody won the race! Go on Paul! There is a catch, he won the LMP2 class. So not overall victory but that’s still a victory in a hugely competitive race! Di Resta is racing again in LMP2 in 2021 and is going to join the new Peugeot Hyper Car entry in 2023, so Paul could become a bit of a Le Mans star.

When he wasn’t starting an F1 dynasty, Bruce was racing all over the place. He took part in Le Mans seven times alongside F1 and was selected as one of the drivers to race for Ford in their legendary fight against Ferrari in the 60s. Bruce and teammate Chris Amon (another F1 great) were the crew who took Ford’s first win in 1966 after crossing the line first whilst they tried to get a photo finish with their teammates. No doubt they just wanted to win!

As a team, McLaren won Le Mans in 1995 with their McLaren F1 road car and are evaluating a return to the top class at the moment!

Graham is the only driver ever to achieve the historic Triple Crown of motorsport; Monaco GP winner, Indy 500 winner and Le Mans winner. It’s incredible and the fact that he’s the only one whose managed it proves how hard it is. He raced at Le Mans 10 times failing to finish most of them but eventually, in 1972, on his final try, he won the race!

In 1991, Michael competed in his only Le Mans, and he nearly won it! He drove for Sauber Mercedes team and his car was trading for the lead all through the night with the team’s other entry but in the morning they had a gearbox problem and had to spend nine laps fixing the car. They lost the race, seven laps down. So without that issue, maybe, just maybe Michael Schumacher could’ve won Le Mans!

Are you going to watch Le Mans this weekend? 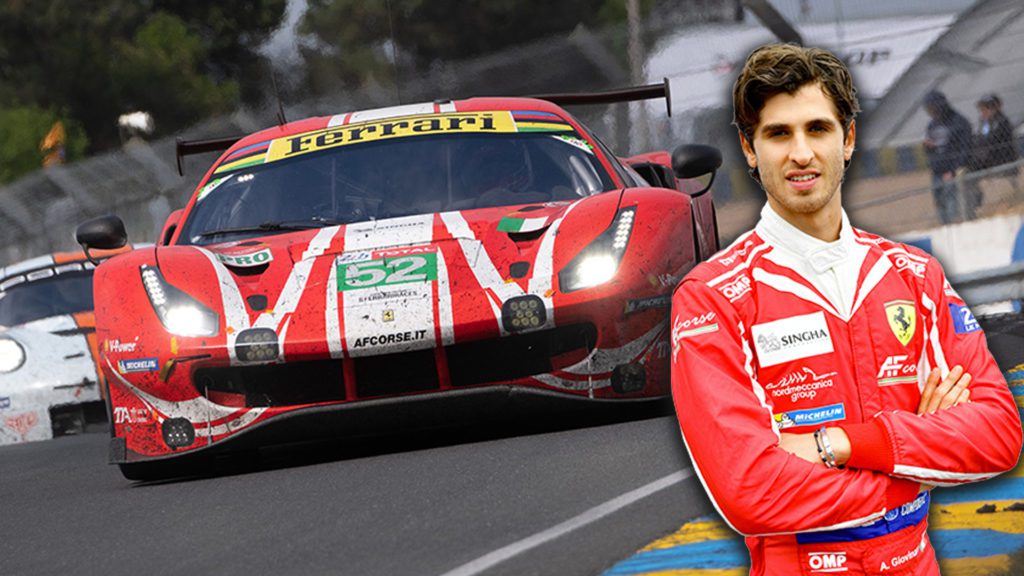