Daniel Ricciardo joining Renault really came out of nowhere as everything that happened on the driver market in the past few weeks suggested he was all set to stay with Red Bull.

It’s a bold move for the Aussie – it takes him out of a race-winning team and into what is currently a midfield squad which has yet to even visit a podium since Renault took over from Lotus. Will it pay off? Fans seem firmly split.

Well no championship for him next year

Renault have shown massive improvements over the last year, Honda have improved reliability but still aren't shining at power tracks. Might not be a bad move come 2021?

getting out of that Honda engine situation real quick

I think it’s a brilliant move plus we don’t know who else will be joining the team on a technical level. It’s a bombshell anouncment but I reckon this has been well worked out. #F1

Amazing what some people will do to absolutely guarantee that they never have to drink Champagne out of a shoe again.

Could this be Ricciardo's [Hamilton moving from McLaren to Merc] moment?

I mean probably not but MAYBE. We all thought that was crazy then

Dunno I don't think he'll win any titles with either. Maybe Renault will be better for post 2020, but for now it's not.

Be consistent with Renault until Mercedes/Ferarri seats are available

That's a bold call for him, but it means he gets an undisputed number 1 driver role, it's an engine he knows well and Carlos Sainz gets his coveted Red Bull seat. No one looses in this scenario, really.

I don't think it would bring him championships for awhile.

He needs to move to a factory team & Renault has opened the door now. With 2021 regulations in mind, I think his move would be correct. Next 2 seasons may be a bit of roller coaster, but remember the rise of Mercedes from the beginning of Hybrid Era.

let's see if daniel now suddenly doesn't have engine issues but max does.

Factory team or not I still have more faith in a team like McLaren managing to claw their way back to the top before Renault. Can only assume Renault would be offering something utterly ridiculous contract-wise.

Why. Why when he's had a Renault engine letting him down all season make the switch to the works team? I can't fathom this at all unless some serious breakdown has happened between him and RBR and he knows something we don't about seats at Ferrari or Mercedes.

On the plus side, it takes him away from any potential power struggle with Max Verstappen to be Red Bull’s number one. He’s also aligning himself with a manufacturer team that has shown nothing but improvements in the last couple of years and which does have a history of being able to compete at the front – albeit under vastly different regulations to what we have now.

The downsides? Well, at the moment, it’s a definite step back down the order. It also remains to be seen whether Renault’s power unit can get on terms with Ferrari and Mercedes. Sure, Honda is also some way off, but arguably has a greater potential for improvement. And whilst he may be getting away from a teammate as tough as Verstappen, Nico Hulkenberg isn’t exactly going to be a pushover – after all, it’s not so long ago that he was being touted as a potential Ferrari driver.

Do you think Ricciardo has made the correct decision? Let us know in the comments. 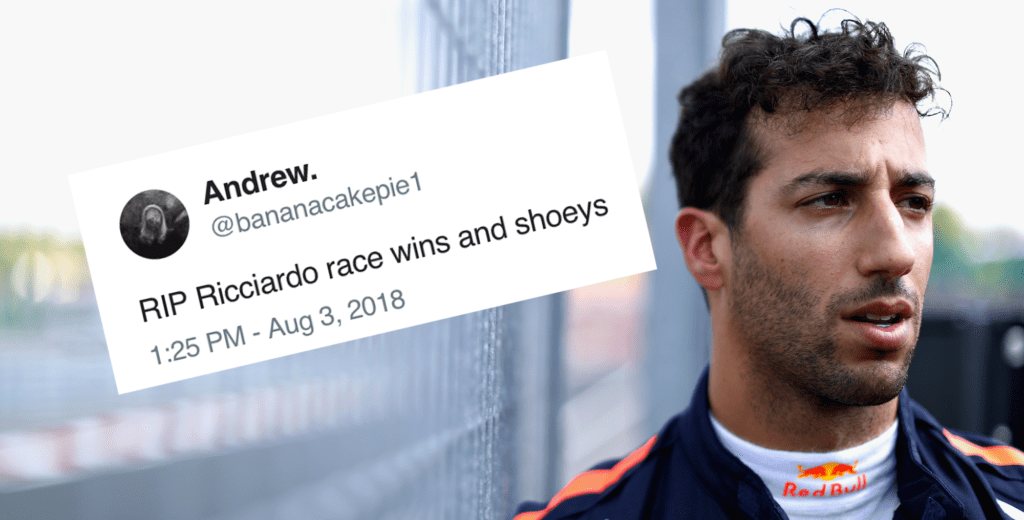