F1’s CGI adverts are usually just a bit of a giggle. Most of the time they consist of a Rolex or Pirelli advert on the grass which you don’t really notice until a driver goes off the track, runs over one and breaks the illusion. Sometimes there will also be cheesy message at the start of a race, or – like in Austin last year – the shadow of a massive eagle out of nowhere.

But in Canada, things went a step too far. In addition to the usual Heineken adverts, it seems FOM took it upon themselves to add a load of extra red Heineken stars around the track. They were on the start lights, behind the grandstands and straddling the circuit – and they looked awful.

With little else happening during the race, naturally, the CGI stars became a focus of discussion.

F1 always feels like the CGI team have discovered a new toy and want to mess around with it. Those 'star bridges'? Super lame. #F1 #CanadianGP

Where are these stars popping up from? Is the track slowly morphing into Rainbow Road? #CanadianGP #F1

Imagine actually approving this idea in a meeting pic.twitter.com/AGXgKecQCW

@F1 Can we stop with the augmented reality stars and the quotes on the track? They look bloody awful

The Heineken stars also made it look like we were inside the communist statue park from GoldenEye. #CanadianGP

The only thing I got out this race was being brainwashed into drinking Heineken.

We’d love to beg F1 not to do this sort of cringeworthy advertising stunt again, but it’s so funny that we actually kinda want to see what they do next. 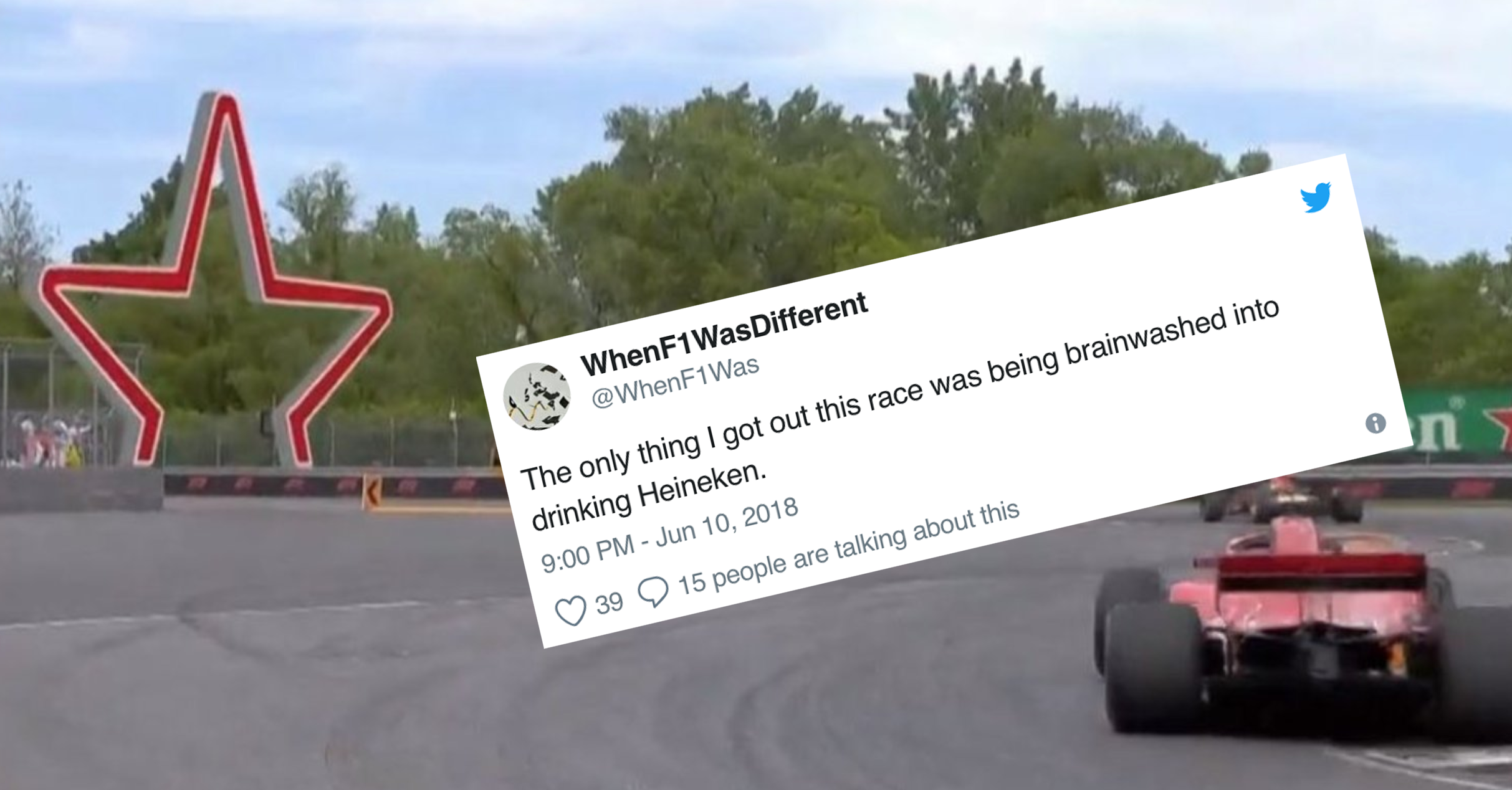