F1 Fans Were Heartbroken After George Russell Crashed Out Of The Points – WTF1
Skip to content
×
Formula 1 , Fun , WTF1

After looking set for his first points finish in his F1 career, it was not meant to be for Russell who crashed out behind the safety car towards the end of the race. You could hear a collective ‘NOOOOOOO’ come from fans around the world when his Williams hit the wall, so here are some of those reactions.

The stars seemed to align perfectly for George Russell. He said before the race that Imola was the best chance for Williams to score points. After retirements up the field for the likes of Ocon and Gasly, points were in reach. Then, Max crashes out of second place and Russell is promoted up into 10th place. Queue the celebrations.

That was until Russell lost it behind the safety car and sent his Williams into the wall.

I don’t know what to say. No excuses. I’m so sorry guys.

More drama at Imola – and this time it's George Russell

Running behind the Safety Car, he hits the barriers 💥

"I don't know what to say" he tells the team over the radio 😬#ImolaGP 🇮🇹 #F1 pic.twitter.com/PMCv0wQrXE

Time for your reactions…

When I thought Verstappen's retirement meant a point for Russell only to see him on the grass. #WTF1 pic.twitter.com/FgG1X3oDFX

Me when Russell was on for his first points in F1 but then pulled a Grosjean and spun behind the safety car #wtf1 #ImolaGP pic.twitter.com/Em7D8wsgUd

The only thing to do when you see Russell crashing and not getting his first point #wtf1 pic.twitter.com/tWw1sDMzCk

Seeing George Russell bin it when on for points 😩 #ImolaGP #WTF1 pic.twitter.com/3HDsb430Dh

#WTF1 #ImolaGP Russell crashes out from a points finishing position 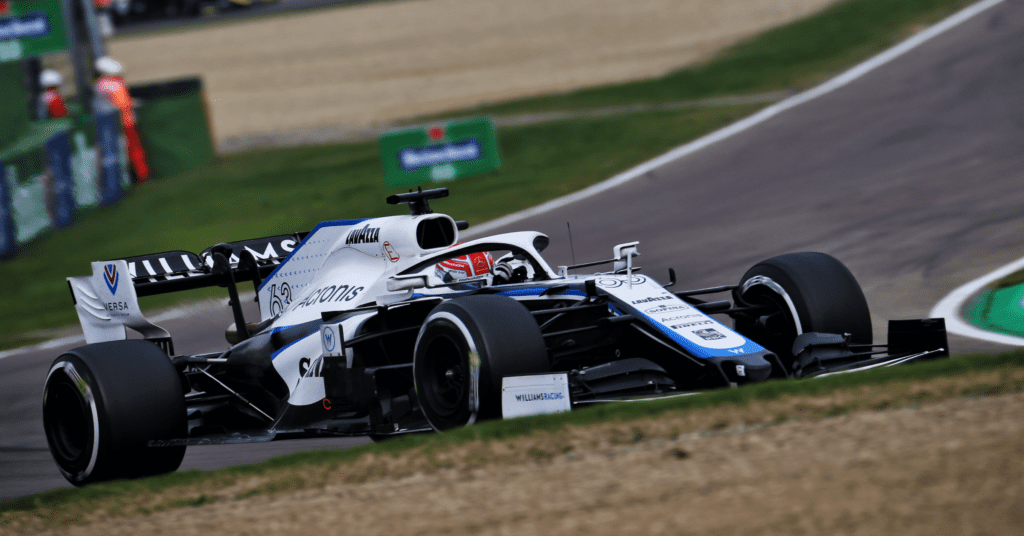