You know us, we love a good meme.

Social media certainly did not disappoint us when it came to reactions to the new W12 Mercedes livery for 2021. These are a collection of some of our favourites!

First, let’s start with that AMG logo on the back. We knew it was coming, Toto Wolff even alluded to it in a recent video shared by Mercedes, but we certainly didn’t expect THAT many.

Designer: How many AMG stickers would you like on the car?

Let’s also talk about the fact the livery was pretty much shared before the launch anyway.

The Mercedes marketing team did an outstanding job of promoting the reveal over the past few days, with sneak peaks from filming days on social media and Bottas just simply uploading a selfie with him with the W12 car hours before the launch.

When Mercedes are so fast they release their car photos half an hour before the car reveal https://t.co/xmlf1StOQL

Overall though, the new livery has split fans. Some love the new look and others think it’s too overcrowded.

Which side are you on? Let us know in the comments below. 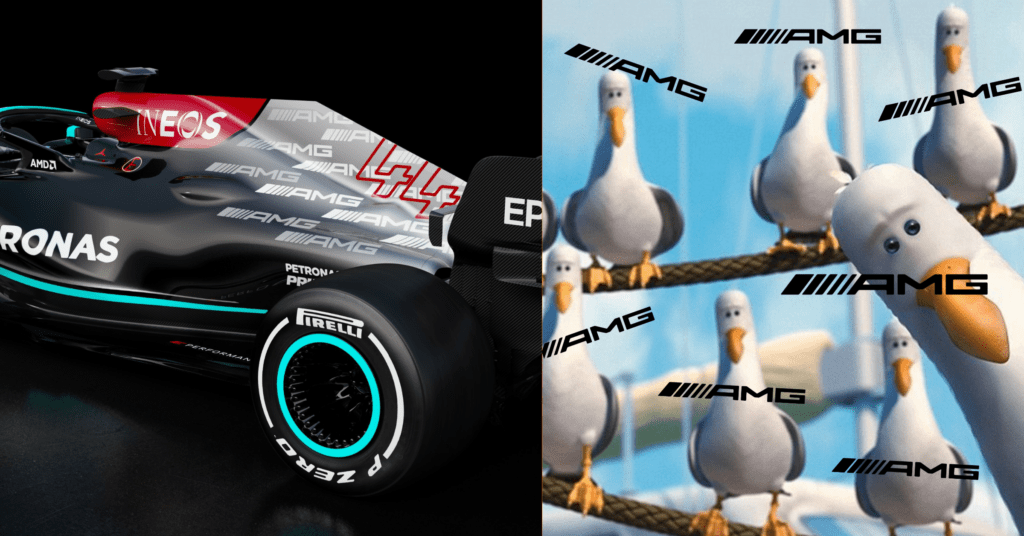