October is Breast Cancer Awareness Month so Formula 1 has gone pink to raise funds and awareness of the disease.

F1 has teamed up with breast cancer organisation Susan G Komen with teams, tyres and more turning pink at the Circuit of the Americas.

A hint of #Pink for @svandoorne. Look out for his striking gloves during this weekend’s #USGP. #DriveForTheCure pic.twitter.com/m5luQYc9yf

Another great touch with the Pink #SneakyKiwi on the car this weekend 👌🏻 pic.twitter.com/6ixbv21YXf

ALO [on pink cap]: The whole of F1 wants women fighting breast cancer to know that they are not alone and they have a lot of support" #USGP pic.twitter.com/Es2x11RXMT

Our support for #DriveForTheCure extends back to Woking as the MTC has been given a pink makeover. 👍 #McLaren #F1 #MTCSnaps Thanks to Ashley from our Composites team for this awesome photo. 📸

You’ve really got to hand it though to Force India who have painted its entire car… oh wait.

TURN AUSTIN PINK! We will be wearing exclusive pink polos this Sunday to mark Breast Cancer Awareness Month at the #USGP! #BCAM pic.twitter.com/XFuVzQ262C 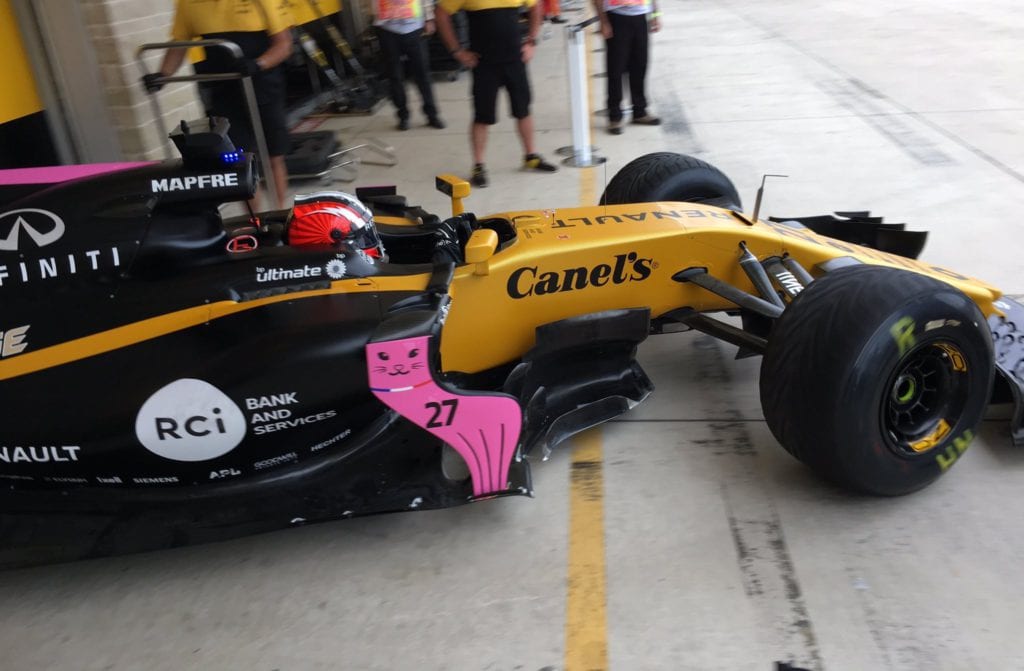