F1 Has Announced Plans To Improve Fan Experiences At Races

Ever since Liberty Media took over Formula 1 at the start of the year, they’ve been stressing the importance of improving the fan experience at race tracks.

Following on from the much-needed lifting of social media restrictions at the start of the F1 season, now the sport is bringing in a load of new plans – and they’re debuting at this weekend’s Spanish GP.

To kick off the European F1 season, the sport is introducing a new Fan Festival, which features a revised Fan Zone.

Yep, alongside keeping the F1 simulators, there’ll also be a 200-metre zip line, pit stop challenge and live performances from local DJs to keep people entertained when they step away from the grandstands.

While F1 already had a Fan Zone at races, bringing in new activities and changes is certainly an encouraging step forward.

Perhaps the most exciting element of the new Fan Festival is a load of competitions with some pretty awesome prizes – including Paddock Club passes, photo opportunities with teams and even the chance to be driven around the Circuit de Barcelona-Catalunya in a F1 two-seater.

That’s kind of cool, isn’t it? We’re a bit jealous.

There’ll also be a dedicated fan television channel at the track, with interviews, driver appearances, expert insight and other content for fans.

If you’ve splashed some extra cash for Paddock Club passes, they’ll get access to F1 show cars, an engine display, garage set-up and a track lap in the drivers’ parade truck.

There’ll also be a fully functioning F1 garage set up to give guests a closer look at how F1 teams prepare their cars and get set for race day.

While they aren’t massive changes, it’s still an encouraging step forward for F1 – without the fans, the sport wouldn’t exist, so it’s important the focus is on them.

Incentives like competitions with cool prizes and extra activities away from the track action will certainly make buying a ticket that little bit more attractive. 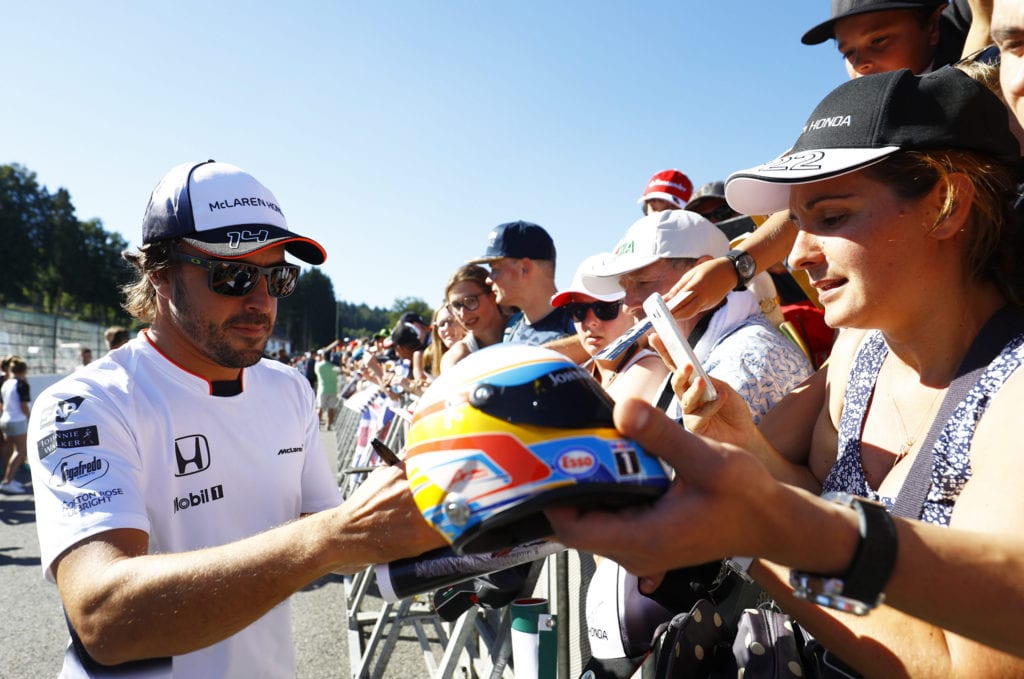