There have been times in the past where F1 introduced new rules based on little more than the idea of making change purely for the sake of it and then stubbornly sticking with the idea, even when it doesn’t work (elimination qualifying) or makes no sense at all (double points).

Thankfully, both were dropped, but there was surely no need for either system to have even been implemented in the first place, right?

These days, things are a little different. Liberty is still looking at ways to make format tweaks to improve the racing. But instead of just bunging them in the rules and hoping, Bernie Ecclestone-style, serious effort is being made behind the scenes to see if they’ll actually work.

To test out these theories, F1 technical chief Pat Symonds revealed at this year’s Autosport International show that F1 has built a couple of complex simulation programmes. These can either test out ideas, or gather data which may be useful for future applications.

One is an ‘overtaking simulation’ which is, well, exactly what it sounds like. It’s a complex programme which uses accurate modelling of airflow and tyre characteristics to try and determine the precise data points which go into helping or hindering the possibility for overtaking. It’s not as simple as setting up a virtual race, hitting go and then seeing what happens – according to Symonds just one lap can take “several hours” – but the hope is to use this data to help with the design of future circuits, such as Vietnam. Symonds says:

“We’re now using that to design our new circuits and to look at some modifications. Vietnam, which is the first circuit we’ve really been involved with, I think that we have really been able to understand what it will take to make good racing there. I think Vietnam is going to be a superb circuit. It’s got some great features and it’s going to have some close racing at it.”

Another programme has been built to simulate slightly less complex scenarios, such as the way the grid forms up at the start of a race and the effect that has on the start. Symonds said:

“We do want to make our decisions based on evidence,” said Symonds. “Over the years we’ve moved towards this eight-metre, staggered grid formation. We asked ourselves what would happen if we moved the cars closer together and put them side-by-side again – maybe not four and three like they used to be, but two-by-two.

This one is slightly different because F1 didn’t just want to treat it as a pure physics problem so has instead created something that an actual person can be part of as well as AI. This allows a more realistic human element to form part of the data, which apparently involved running dozens of short races with different grid formations to see what differences are made. Symonds added:

“[We can] analyse every single position of the cars at all times, so we can say ‘when we did this to the grid we got 3 per cent more accidents, we got 5 per cent more passes, we got 20 per cent more side-by-side racing. We want to get away from those bad old days and work in a much more scientific manner.”

Who else would love to be the person who gets to take part in those races!?

The level of seriousness that is going into apparently minor details like grid formation is encouraging, though. Some may see it as needless fiddling with things that aren’t broken, but you could also look at it in another way. Liberty wants F1 to be the best version of itself than it can possibly be, so why shouldn’t it look at every aspect of the sport? 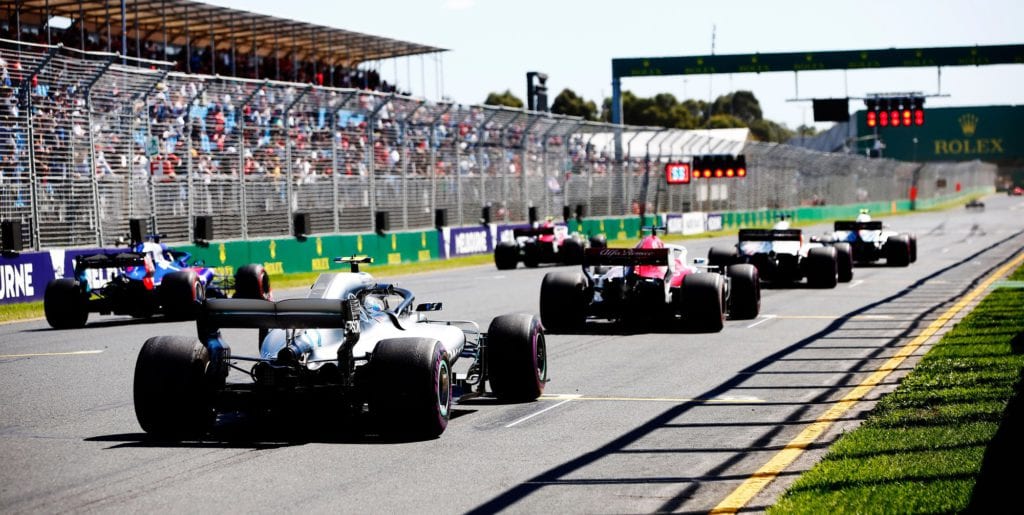