F1 Has Lifted The Ban On Drivers Being Allowed To Change Their Helmet Designs – WTF1
Skip to content
×
Formula 1 , News

The ban came into force in 2015 and seemed to be targeted exclusively at Sebastian Vettel, who changed his helmet design on an almost race-by-race basis at some points due to his policy of ‘retiring’ a design every time he won a grand prix (which is actually kind of a cool system). Now, if he wants to, he can go back to doing the same because the mid-season helmet design change ban has been lifted.

Even under the ban, there was a provision for drivers to make one major change per season for a special occasion, and they could even make small changes throughout the season as long as it featured the same basic design.

The unpopularity of the whole system started to emerge last year when Daniil Kvyat was banned from using a special design at his home race because of the rule – one which Kvyat said he didn’t know about and then subsequently slammed as “a joke”.

The initial idea behind the ban was that helmet colours should stay consistent in order to help with the identification of the drivers. It’s fair reasoning, but between things like the personal numbers, T-cam colours, and the wealth of info on the TV graphics these days, there are probably enough other ways to do that without stifling the creativity of the drivers. Besides, many drivers change their designs year-on-year anyway, making them less of an identifying feature than they were 20 or 30 years ago. And with the Halo obscuring much of the cockpit, they’re harder to see than ever.

It doesn’t mean that we’re suddenly going to see 20 new helmet designs every weekend, but it frees up the drivers to do something different whenever it takes their fancy – maybe to celebrate a particular race, a milestone, or a personal hero. And that’s surely a good thing.

And for Vettel, well, he must have five years worth of special helmets backlogged, so don’t be surprised to see him with a fresh design in every single session. 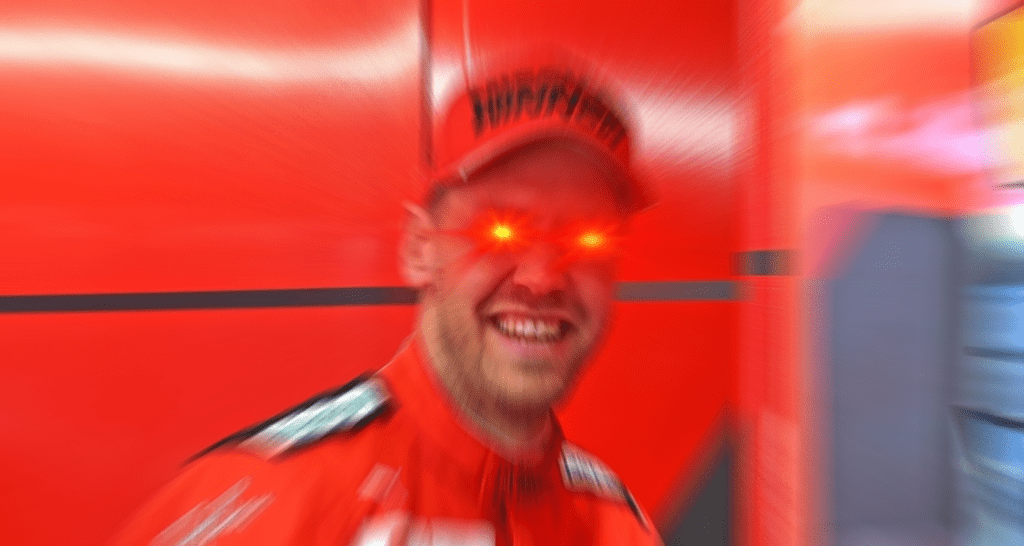