F1 Has Made Some Drastic Rule Changes To Try And Improve The Racing – WTF1
Skip to content
×
Formula 1 , News

Aside from the drama thrown up by the Virtual Safety Car, the Australian GP was incredibly dull. After the race drivers complained about how tough it was to follow other cars, let alone overtake, and were already backing off in order to save their engines. The last thing they need this early in the season is the difficulty of trying to do a race weekend with a broken engine. Engines also don’t sound very good when they’re not working, and fans already complain that the hybrids are too quiet.

Partly in response to the Australian GP, and partly due to simmering frustrations over the last few years, the FIA, Liberty Media and the teams have collectively agreed to make a series of drastic adjustments to the regulations ahead of the next round in Bahrain. In fact, it’s probably the most significant mid-season rule change since the FIA decided to revoke Yuji Ide’s superlicense back in 2006.

Rather happily, the first thing to change is the engine rules themselves. Hooray! Instead of having three engines to last the season, drivers will be able to use as many engines as they like throughout the season. That means we’ll finally get to see everyone pushing flat out all the time, and if something does fail, then no problem – they can just pit to fit a new engine!

In order to keep things understandable for fans, the engine rules have been brought into line with the tyre rules. That means the top 10 drivers have to start the race with the same engine they qualified with, and everyone must make a pit stop to switch to an alternate engine compound. We can’t wait to see what kind of strategies teams come up with. It also has the effect of bringing the different engine manufacturers closer together, as Honda’s experience in quickly changing engines should give Toro Rosso a boost up the field when it comes to the new-look pit stops.

Lack of overtaking is a bad thing for any motorsport, so F1 is looking to address this by forcing teams to modify the increasingly complex front wings which are seen as the cause of processional races. They can’t just get rid of them – that’d be silly – instead, teams must fit them upside-down so that the front of the cars actively generate lift. It makes sense – if too much aerodynamic downforce hurts overtaking, then increasing aerodynamic lift (the opposite of downforce) will certainly improve matters. The FIA is full of top minds, so they know what they’re talking about.

Frustratingly, DRS is staying, but the way drivers are allowed to use it is changing. Instead, it’ll be open all the time, and when a driver gets within one second of another car, the DRS of the car in front will automatically close until the next braking zone, at which point it’ll open up again. The size of the DRS flap is also tripling in size, which will mean an enormous straight-line speed penalty for the car in front, further helping to promote overtaking. If there’s a huge long line of cars, only the car right at the back will have its DRS open, giving a huge advantage to drivers at the back of the field. Place your bets on Lance Stroll for the championship now!

Oh yeah, and huge long lines of cars will become even more common, because one simple change is going to ensure that we don’t get a huge amount of field spread anymore. For the rest of the season, Jarno Trulli will drive a third Mercedes at the front of the field. He won’t count towards any results, but any driver who overtakes him will be instantly disqualified as the whole point of having him in the race is to cause a 20-car Trulli train, closing the pack up and generating even more overtaking!

Other, more minor changes include the introduction of Nascar-style two-lane rolling starts at every race, the addition of a series of complex mirrors and cameras to the Halo in order to make it appear invisible to the naked eye, and bonus points being awarded to the driver who can exceed the pit lane speed limit by the smallest margin over the course of the weekend. One thing that isn’t changing is the rules surrounding track limits, because apparently it’s too difficult for anyone to decide what constitutes gaining an advantage and what doesn’t.

Liberty’s decision to make these rule changes may seem minor in the wake of the enormous, sport-ruining alterations it made in the off-season, like changing the F1 logo and getting rid of grid girls, but they’re likely to have a profound effect on the racing going forward. If it all works out as planned, 2018 could end up being one of the greatest seasons ever without making the sport stupidly unpredictable. After all, we don’t want things to be like 2012 again, when the sport was so ridiculously random that Pastor Maldonado was only able to win one race, despite being clearly the best driver that year.

So, what do you think of these changes? Will they improve the racing? Do you think Liberty are fools to make such big changes once the season as already started, or are things bad enough in F1 that rushing in a load of untested rules in April is absolutely necessary? Let us know your thoughts in the comments. 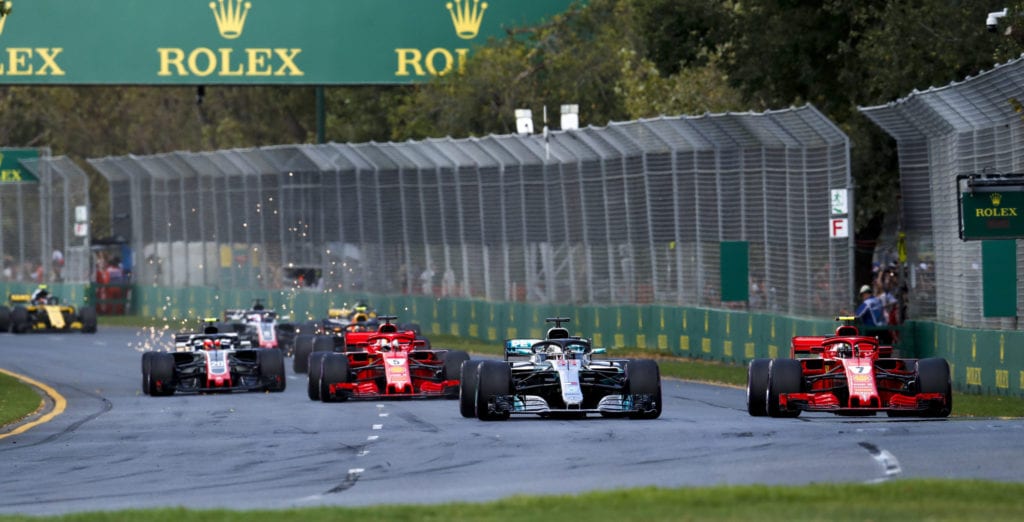