Following the slightly grainy image of the 2021 car that was leaked previously, F1 has now officially revealed some concept art for the new cars and they look… well, badass.

So far the design has gone through three stages. The first focused on making the Halo look much more integrated to the rest of the design.

The second concept started to focus more on the aerodynamics of the car in an attempt to improve the ability of cars to follow each other easier in dirty air.

A further refining of the aero, in particular the way the airflow is directed around the wheels, has led to the third – and arguably best looking – concept.

These designs aren’t just pure fantasy, either – the whole process is being done in conjunction with the FIA and the teams to come up with something that represents an improvement to the sport on every level. F1’s motorsport boss Ross Brawn said:

“When we started looking at the 2021 car, the primary objective was to enable the cars to race well together. What we established early on in our research is the cars we have now are very bad in following each other. Once the cars get within a few car lengths of each other, they lose 50 per cent of their downforce. That’s a substantial amount of performance lost. So we set about understanding why that was and how we can improve it. I’m pleased to say we’re at about 80 per cent.

“As time has gone on, another of the primary objectives was to make great looking cars. We want cars that look better than what you see in a video game, cars that kids want to have up on their walls. At each stage, as we have been evolving the car, we’ve had someone we are working with create a graphic representation artist to give us a feel of what the car could look like.

“That is not to control the development, because it’s critical this development achieves its objectives, but why shouldn’t we have great looking cars as we’re evolving the cars? We want a car that is inspiring. F1 is the pinnacle of motorsport and the car should look sensational.”

Given that this is all just concept art and that things are likely to change between now and 2021, these are far from the final designs. But if F1 cars look anything close to these images in the future then that’s surely going to be a very good thing. 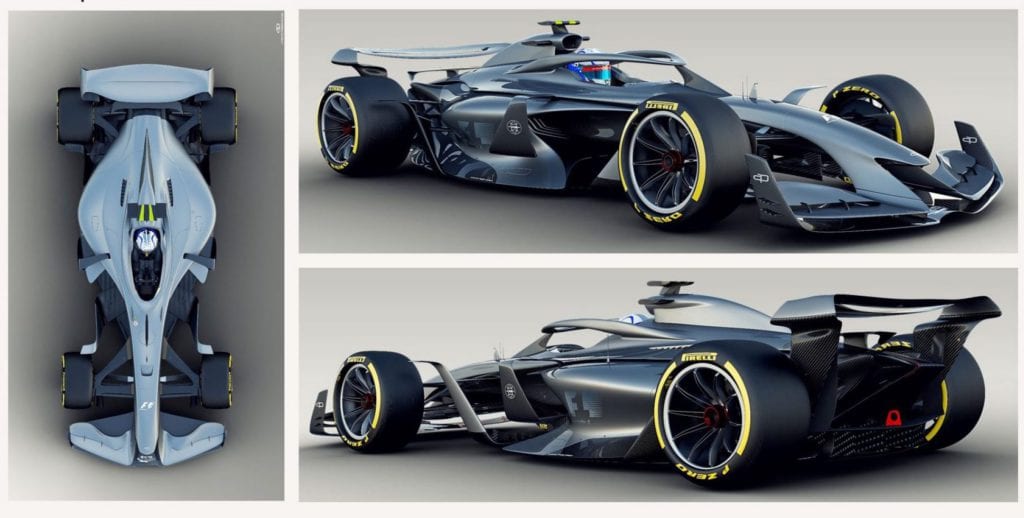