Formula 1 has always had a close relationship with Australia, with the Australian GP proving a popular season finale when held at Adelaide, and Albert Park now well established as the place to kick off a new season. The devastating bushfires triggered action from across the world, with the world of F1 being no exception – Lewis Hamilton donated half-a-million dollars to the cause.

F1 has also done its bit, and back in January launched an auction though its F1 Authentics memorabilia store. The auction is still going strong, with plenty of unique items and experiences to bid for – one of the most interesting of which is the opportunity to wave the chequered flag at the end of this year’s race at Albert Park.

It’s a pretty cool opportunity, which also comes with tickets to the full races weekend and a couple of VIP paddock passes. So, you’ll have plenty of time to enjoy yourself and watch the race before you unleash your flag-waving skills to the drivers and in front of millions of viewers across the world. No pressure, then.

Such a prize will cost you, though – bids are currently just over £2,000. But that’s surely a small price to pay for a once in a lifetime experience that you can lord over your friends for the rest of your life. Plus the money goes to four Australian charities – Red Cross Australia, Country Fire Authority Victoria, Foundation for Rural and Regional Renewal, and the WWF Australian Wildlife and Nature Recovery Fund.

If that’s a little too much for you, there are all sorts of other things on offer – factory tours, meet and greets with the drivers, and signed race gear.

If none of that takes your fancy and you just want to help out, you can simply donate here, too. 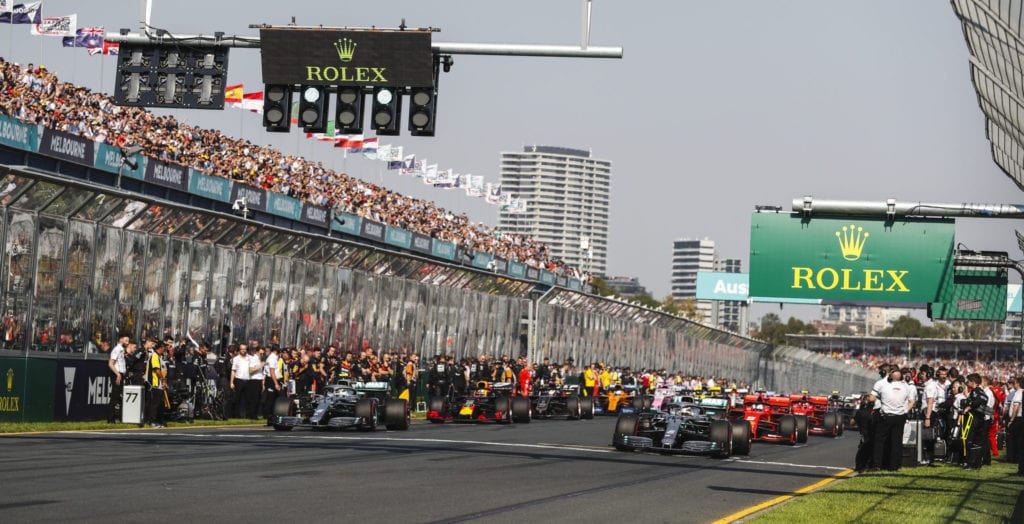