F1 Is Considering Changing The Penalty System After The Q2 Mess In Sochi – WTF1
Skip to content
×
Formula 1 , News

Q2 in Sochi was an odd session in that nobody outside of the top 10 that would go into Q3 set a competitive time. The Red Bulls and Pierre Gasly opted to avoid the session as any input would have been an unnecessary waste of mileage and tyre allocation given that they would be demoted to the back anyway. This, in turn, caused Renault to make the strategic decision of not running in the knowledge that Nico Hulkenberg and Carlos Sainz would line up on the sixth row with a free choice of starting tyre.

These teams are within their rights to deploy whatever strategy they see fit within the current rules, but this doesn’t prevent the clear issue of no real contest emerging in such situations. The paying, trackside fan misses out, as does the viewer at home.

Rather than instigate a change behind closed doors, Charlie Whiting and Ross Brawn have announced that they are considering some minor tweaks to the qualifying format in an attempt to avoid non-competitive qualifying sessions in the future. Charlie Whiting told Autosport:

“When you’ve got five drivers with exactly the same penalty, you then have to establish in what order they are supposed to be. I think there is another way, I’ve been talking about it to a few teams.

“Instead of having cars line up at the pit exit in a rather farcical way, and that sort of thing will only ever get worse, if you have five drivers you will arrange them at the back in the order in which they qualified. That would provide some incentive for drivers to actually go and qualify, and try to qualify as high as they could at least.”

Under the current format, Fernando Alonso was able to start P16 purely because Lando Norris got his car out onto the track ahead of all other penalised cars in FP1. It seems like an odd place to define the order as luck – and arguably garage position – will always win that battle. We’d rather see competitive lap times define things.

Compare Sochi qualifying to how thrilling and entertaining it was at the last race. In Singapore, there wasn’t a single car that entered the session with a grid penalty and we had one of the most exciting sessions of the season. This proposal doesn’t rid the sport of PU-related penalties, but at least ensures cars stricken with them must compete. The difference between starting 17th or 20th might seem small, but you have to wonder how much further up the road Verstappen might have finished had he three fewer cars to overtake in the opening laps.

One solution that appears whenever grid penalties are in the news is to start docking constructor points instead, but this could have broader ramifications that might be exploited.

In this particular scenario, a change to the qualifying format isn’t ready for officialdom just yet, but it is positive that it invites discussion at least. 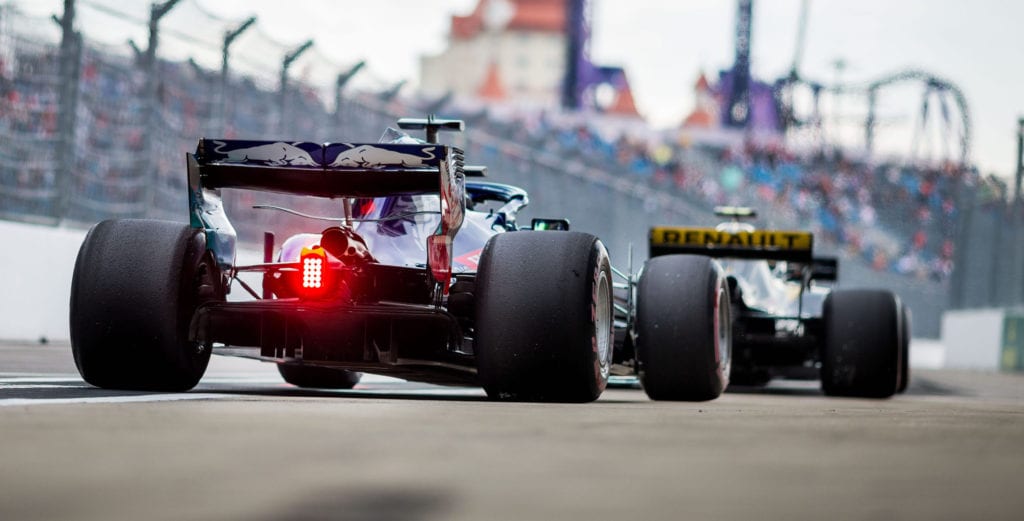