F1 Is Having One Last Attempt To Try And Improve Overtaking For 2019 – WTF1
Skip to content
×
Formula 1 , News

The 2021 regulations are set to change a whole bunch of things, with work being done to try and make it possible for cars to race each other more closely. But that’s still a few years away and in the meantime, the sport is keen to make a small change for next year in order try and make the racing a bit better.

A few weeks ago there was a vote on some possible solutions (which was rejected) but with the deadline for any changes the 2019 rules falling on 30 April, F1 is having one last attempt at improving things. Since the last vote, eight teams and the FIA have been investigating whether changes to the front wing endplates would reduce the dirty air effect.

All the data has been put into a report and the F1 Commission (which is made up of teams, manufacturers, the FIA, sponsors etc) will vote whether to change the rules on Monday. Williams technical chief Paddy Lowe is hugely in favour:

“I think it all makes sense. We’ve got another three years of this formula, and if we don’t make changes at this point, it becomes a bit pointless because there are a huge set of changes for 2021. So this is the time that F1 should act and act decisively for the good for the show.”

However other team bosses are less convinced. Christian Horner said he’d be “surprised” if the vote passed, and that it’s better to leave things as they are and wait for 2021.

There’s already been one rule change which is hoped will improve the racing with the news that teams will be allowed to use more fuel next year. However, there’s some scepticism over whether that’ll actually make a difference. Lowe thinks it would be a shame if that’s the only change that’s made for next year.

“Some of the chat around that is about it improving the show and improving overtaking, which I honestly don’t believe. To me it would be a great shame if the end result of all our efforts to improve the show for 2019 ended up just being a misplaced change of fuel level rather than doing some proper work.”

Overtaking hasn’t been as much of an issue in the last couple of races, but that doesn’t mean more shouldn’t be done to try and improve things – after all, who doesn’t like close racing?! On the other hand, although a rule change to the front wings might seem small, it’d have a huge knock-on effect on the rest of the car’s aero which could require some costly re-designs.

Are you for or against the rule change? Let us know in the comments. 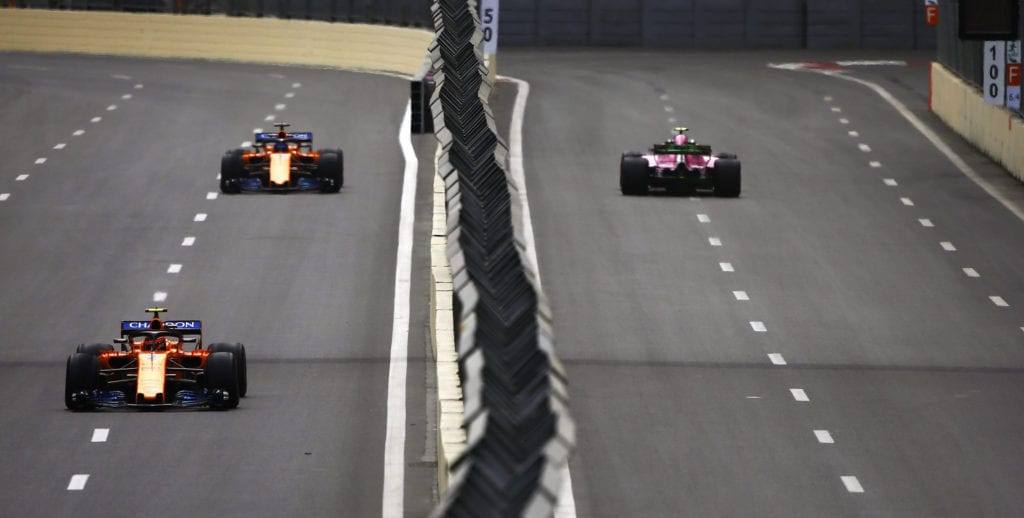