It’s a fact that a Formula 1 car looks more visually impressive and imposing in action when viewed in person, rather than on the television. This is especially true for the current, downforce-laden cars of the current era.

However, it’s not possible or conceivable to get every Formula 1 fan at each race, so the sport has been looking at new ways to convert that sense of speed and for the global television audience – including new camera positions and filming techniques. Formula 1’s head of TV and media, Dean Locke, told Autosport:

“There’s a big push for 2019 to reflect the speed of the sport. There’s a rethink on all camera positions. If you’re in the grandstand and watch them, they look incredible, don’t they?

“Camera angles, or lenses, can cheat that quite a lot, and make them look not so dramatic and not quite as quick. So we looked at different ways to do that, a few little tricks. We’ve always been good at doing whip-pans to show the high speed of the cars, making them look a little bit more edgy in places.

“There were some tracks last year – in Japan for instance – where we really highlighted where these cars are good.”

Locke also said that more work is being done to improve the audio aspect of broadcasting but, even after five seasons with the current engine regulations, the issue is still proving to be problematic.

From late 2017, the introduction of a new microphone position on the Mercedes-powered cars delivered a more distinct – but slightly off-putting – sound. Locke however did express his pleasure in the broadcast sound of the Honda power unit last year.

“Audio has changed quite dramatically. We’ve done a lot more around the car and on the car. If you look at the pictures, they tend to be at the front, and the audio out the back. A lot of thought went into that in 2018, and a lot more for 2019.

“It is successful, but at some tracks it’s better than others. The Honda engines sounded really good last year. We’ve done some really exciting stuff on that.”

2018 also saw the advent of more graphics, particularly overlapping the halo – or “negative space”, as Locke described it – that included gear selection, speed alongside live throttle and brake input traces. Additionally, a new typeface was created for the rebranding of the championship and 2019 will see more changes, boosted by F1’s partnership with Amazon Web Services.

Locke also confirmed that new TV graphics will include more strategic elements, such as predicting the probability of an overtake or pitstop strategies, presumably similar to what was previewed at the end of last year.

All change for 2019, then. But is there the potential for too much information on the screen, or does it add to the viewer’s understanding of the sport? Let us know your views. 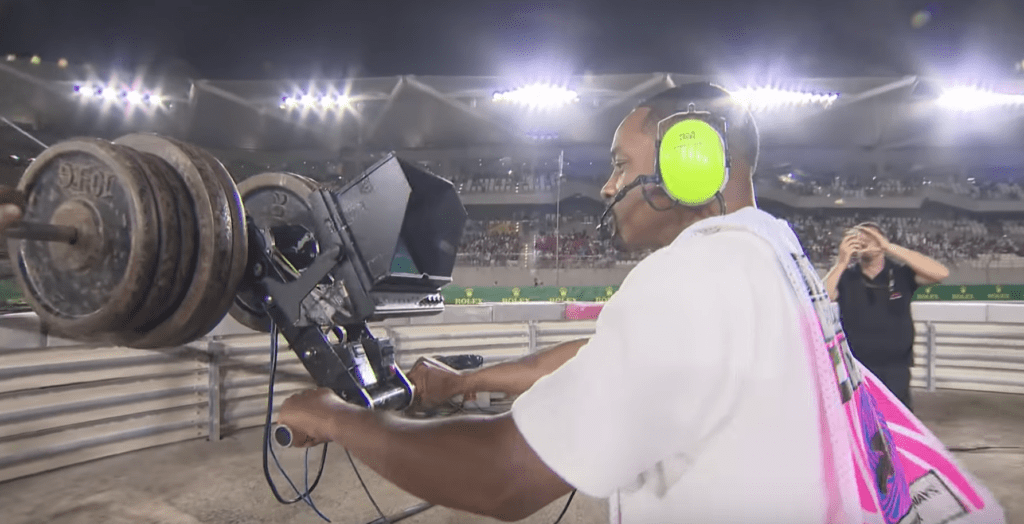