F1 Is Starting A New Initiative To Fight Global Inequality

When F1 returns to our screens in Austria next week (oh yes, it’s getting close now!), it will also mark the start of a wider push by the sport to tackle social issues head-on. The weekend will be marked with messages of support for both key workers and those involved in the fight against racism.

In a statement, Formula 1 explained that there will be visual representations of this initiative across the race weekend.

“Ahead of our first race in Austria on 3-5 July and with the support of the teams and our partners Formula 1 will be saying thank you to key workers and individuals around the world by displaying rainbows on the Formula 1 cars and around the race circuit with the hashtag We Race as One. The rainbow has been chosen as it has become a symbol used internationally in the recent crisis to bring communities together. We believe this important gesture will encourage our fans to join us in saying thank you. The rainbow initiative will continue throughout the season.

“During the race weekend in Austria we will take a stand against racism. This will include visual displays of support in the fight against racism. In addition to the visual display of support we will also announce later this week clear pledges to increase diversity and opportunity in our sport. This will include setting up a Formula 1 Task Force that will listen to people from across the paddock, including the drivers, as well as externals and make conclusions on the actions required to improve the diversity and opportunity in Formula 1 at all levels. Further details of the Task Force will be set out in the coming weeks and the visual displays of support at the first race will be seen for the first time during the race weekend.”

F1 also made the point that this won’t be a flash-in-the-pan attempt to improve matters, but an ongoing process which seeks to effect change.

“In recent months, the whole world has come together as one collective community in the fight against Covid-19 and it has brought out the best in human nature. In recent weeks people from all walks of life have united in their condemnation of racism and inequality, something that has no place in our modern world. We believe that as the first international sport to return we can make a difference and use our voice to address these vital issues. As a member of the global FIA motor sport family, we acknowledge its Fundamental Principles Statutes, including the fight against any form of discrimination.

“That is why today, ahead of our season start, Formula 1 announces our new #We Race As One initiative, in support of the #PurposeDriven Movement launched by the FIA last week. This initiative will be the platform for the priorities set out above and is aimed at tackling the biggest issues facing our sport and global communities. It will not be a one week or one-year theme that disappears as issues disappear from headlines, it will underpin the Formula 1 strategy to make a tangible difference in our sport and society.” 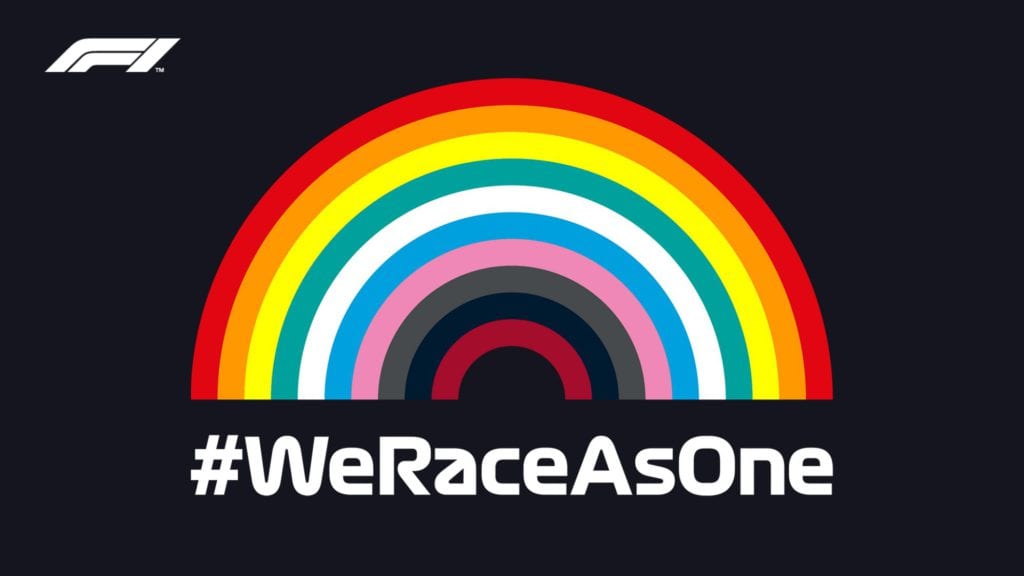