F1 Is Teaming Up With Will Smith To Launch A New Entertainment Platform – WTF1
Skip to content
×
Formula 1 , News

It might sound like a late April Fool’s Day joke but F1 really is teaming up with Will Smith – or rather, the production company he co-founded, Westbrook Studios – to produce a new show which will debut alongside the 2020 season.

The idea is that the show – or “broadcast entertainment initiative” as it’s referred to – will be hosted from cities and famous landmarks during race weekends. A-list celebrities will be a part of it, as well as stunts, challenges, and even live music performances. In other words, it’ll be a sort of magazine show with presumably some sort of F1 theme in order to help further promote the sport.

According to the Chairman of Apollo World Touring (the commercial operator of the series), Paul Morrison, the show will “create the annual soundtrack to the ultimate superstar and supercar road trip at all the distinct global F1 Grand Prix locations, providing unique backdrops for our A-list celebrity guests and road-blistering live music performances, delivering amazing content from the biggest artists in the world.”

The idea comes off the back of Will Smith’s appearance at last year’s Abu Dhabi GP where he featured rather prominently in the coverage as part of his new show ‘The Bucket List‘. He said that he’s on board with the project because of F1’s “commitment to creating engaging and inspiring content” and that he’s “excited for fans to join us on this wild ride”. OK then.

We get it – it all sounds a bit cringey to existing F1 fans. But the idea isn’t to target people who already like the sport – or even sport in general – but rather will give F1 a wider reach and appeal to different markets, kinda like what Formula E has been trying to do with its Voltage show on YouTube. You don’t have to like it but be honest, when the first episode drops next year, you know you’ll want to watch it out of sheer curiosity. 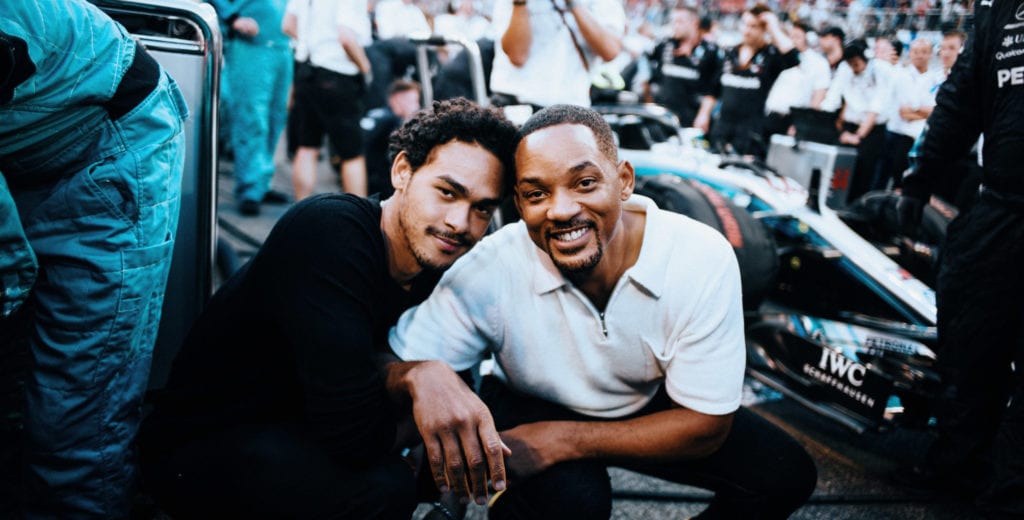