F1 Is Using Fans’ Sweat To Try And Improve The Sport

F1 bosses want to get to the core of what constitutes an exciting race so that they know what areas to focus on with future rules and regulations.

But instead of simply asking people who like motorsport or looking on the Internet to find out, F1 has gone with an overly complex and elaborate method. Speaking at Autosport International, F1 CTO Pat Symonds explained how the ‘galvanic skin response’ – basically how people’s sweat levels change depending on their emotions – is being used for research purpose.

“We absolutely are focused on what’s good for the sport and what makes a good race. You’d be amazed at the amount of analysis we’re doing on that. It’s even down to things like we have people who are wired up while they watch races, and we look at that galvanic skin response to see their emotions while they’re watching races. From that we’re starting to understand what are the things that are important.”

It conjures up images of Pat Symonds dressed in a 19th Century explorer’s costume, walking around with a big net and capturing F1 fans before dragging them back to his secret lair, where he wires them up with his skin sensors and forces them to watch old races while he twirls a fake moustache.

It’s probably a bit less sinister than that and the investigation hopefully features willing participants. It’s all very interesting, but it begs the question again… why? I mean as fans, we’re all excited by different aspects a grand prix but broadly speaking, I think we all want the same basic things: close racing, overtaking which is possible but not overly easy, and some degree of unpredictability. Do you really need to conduct experiments to figure that out?

Then again, if the racing under the new 2021 regulations turns out to be utterly brilliant, I guess it was worth it. And whenever we see a brilliant race we won’t have to credit the rule-makers or the drivers, but rather some bloke called Terry, age 54 from Longstanton, who managed to sweat just the right amount while he was watching the 2018 Chinese Grand Prix. Thanks, Terry! 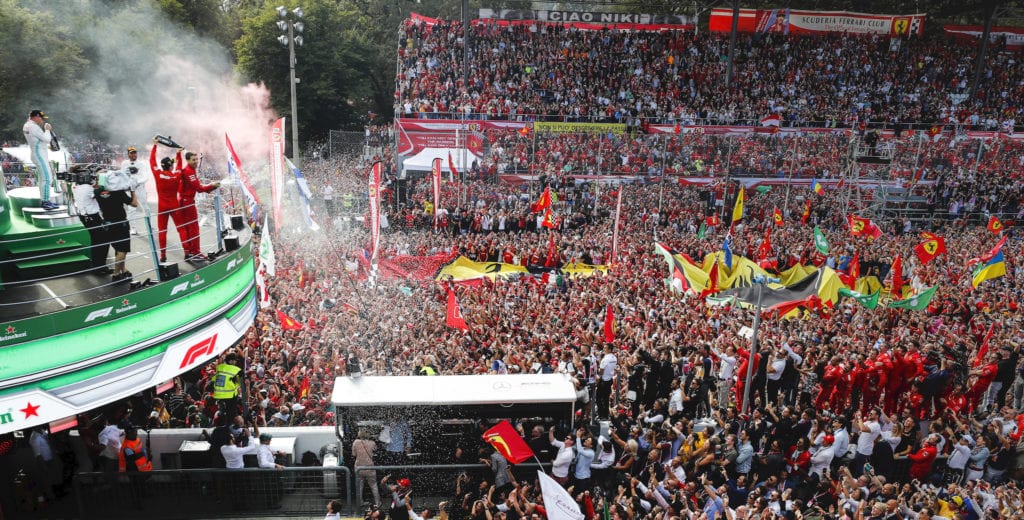