If you’ve been living under a rock for the last few days, you probably won’t be aware of the F1 Live London event which took place around Trafalgar Square and Whitehall.

OK, actually, you probably still heard about it somehow. Despite the late announcement of the massive F1 demo event, it still drew in a big crowd.

F1 says 100,000 people attended the event throughout the day, which kicked off with an innovation showcase in Trafalgar Square – where schools and fans visited to learn about how cool the sport is.

Next up was the F1 demo runs. Loads of teams brought cars, from current hybrid models to slightly older V8-powered machines.

There were even some classics, too – the stunning McLaren MP4/6 and super-retro Renault RS01. Plus, a two-seater F1 car, which Jenson Button managed to stall.

Obviously, that was the moment everyone was waiting for, but there was also a live show with musical performances – including Little Mix and Bastille.

There were also interviews with big names from motorsport and the 19 2017 F1 drivers in attendance (a certain someone was missing, which meant there wasn’t a full house…)

We even got some of them to try out the F1 start game that’s been sweeping the internet.

Around 35,000 stayed on for the live show and interviews, which is a pretty healthy number.

But, considering the lack of run-up to the event, among other reasons, it’s still pretty healthy and the event looked seriously cool.

More of this in the future, please. 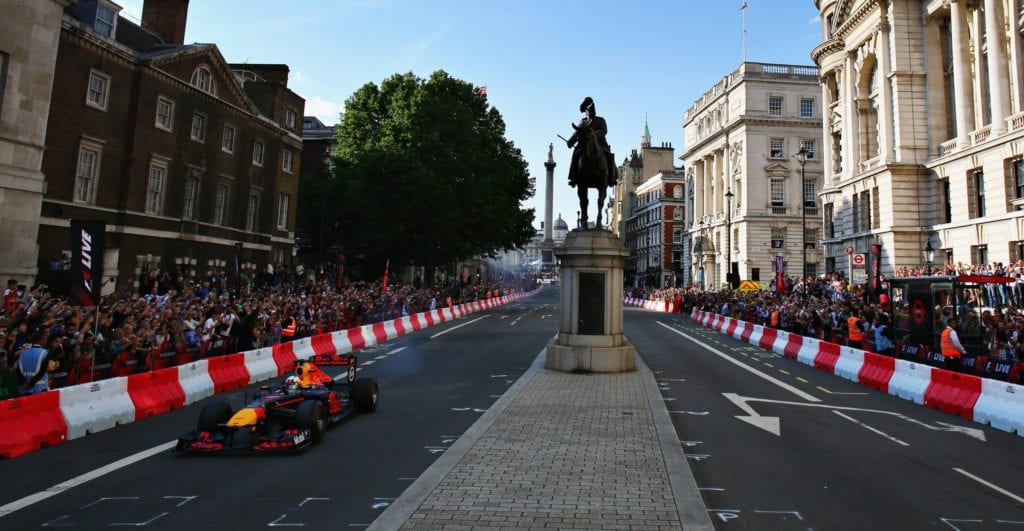